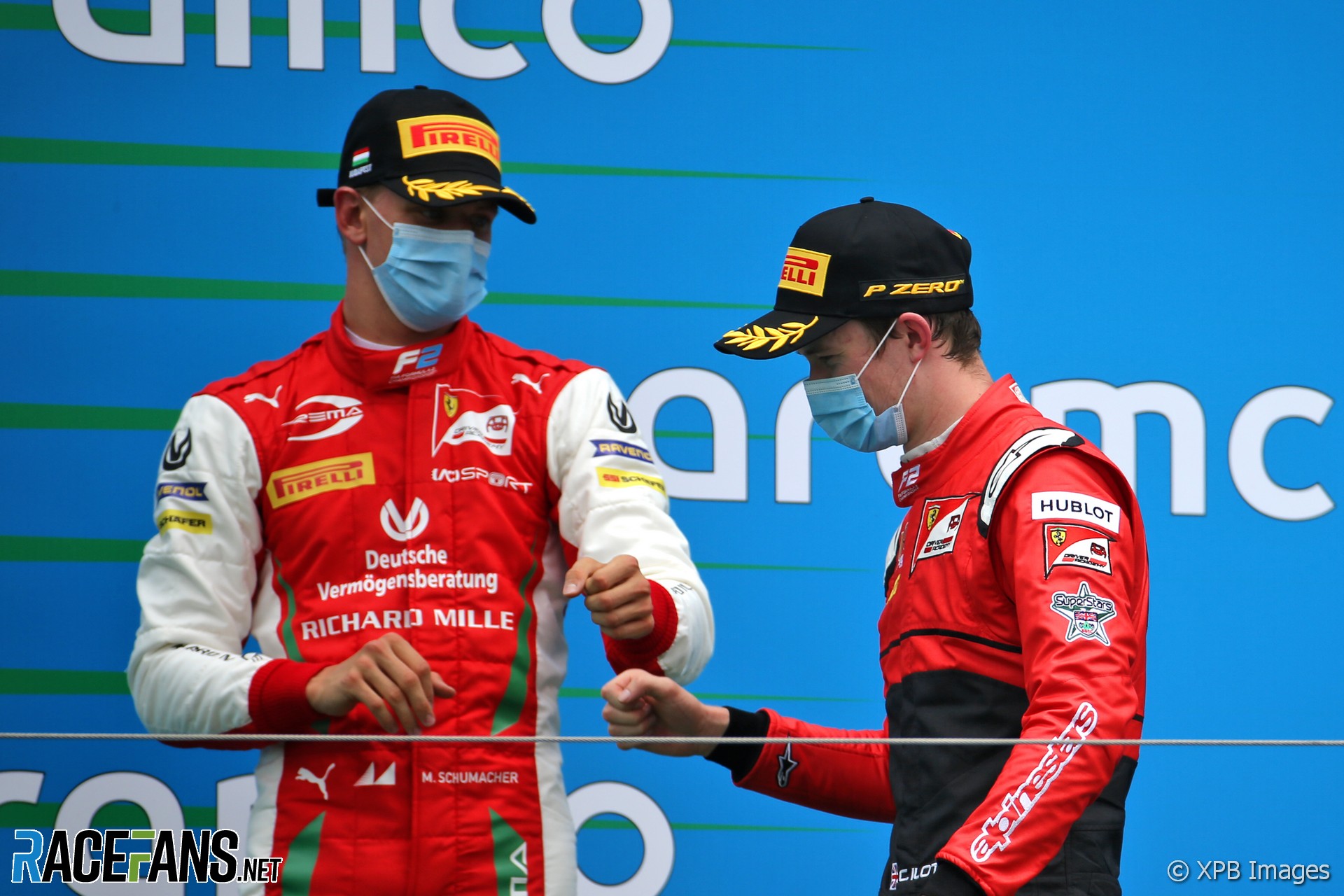 Alfa Romeo’s choice of driver for the post-season rookies test has given further indication Mick Schumacher will make his F1 debut with rivals Haas next year.

Callum Ilott, one of Schumacher’s fellow Ferrari Driver Academy members, has been chosen to drive for their power unit customer Alfa Romeo in December’s test for young drivers.

Ilott was previously lined up for a practice outing with Ferrari’s other engine customer, Haas, at the Eifel Grand Prix. However the cancellation of the session due to poor visibility meant those plans were abandoned, as was Schumacher’s planned test for Alfa Romeo the same day.

Since then Alfa Romeo has confirmed Kimi Raikkonen and Antonio Giovinazzi will remain as its drivers for next year. Haas has announced its will replace both its drivers for the 2021 F1 season and Schumacher is widely tipped to take one of the seats.

The confirmation of Ilott as Alfa Romeo’s representative at the young drivers test clears the way for Schumacher to drive for Haas in the same session to prepare for an F1 debut next year.

Both drivers have previously tested for Alfa Romeo. Team principal Frederic Vasseur described Ilott as “one of the most promising young drivers coming through the ranks, as his performance in F2 has shown this year.”

“He was unlucky to miss out on a chance to show his ability last month when first practice was called off at the Nürburgring, so he thoroughly deserves his outing with the team in Abu Dhabi,” he added. “His attitude and work ethic have left a very positive impression with the team when he tested with us last year and testing with him in Abu Dhabi is something we are really looking forward to.”

Schumacher and Ilott go into the final four races of the Formula 2 season at the top of the championship table. Schumacher has 191 points to Ilott’s 169.