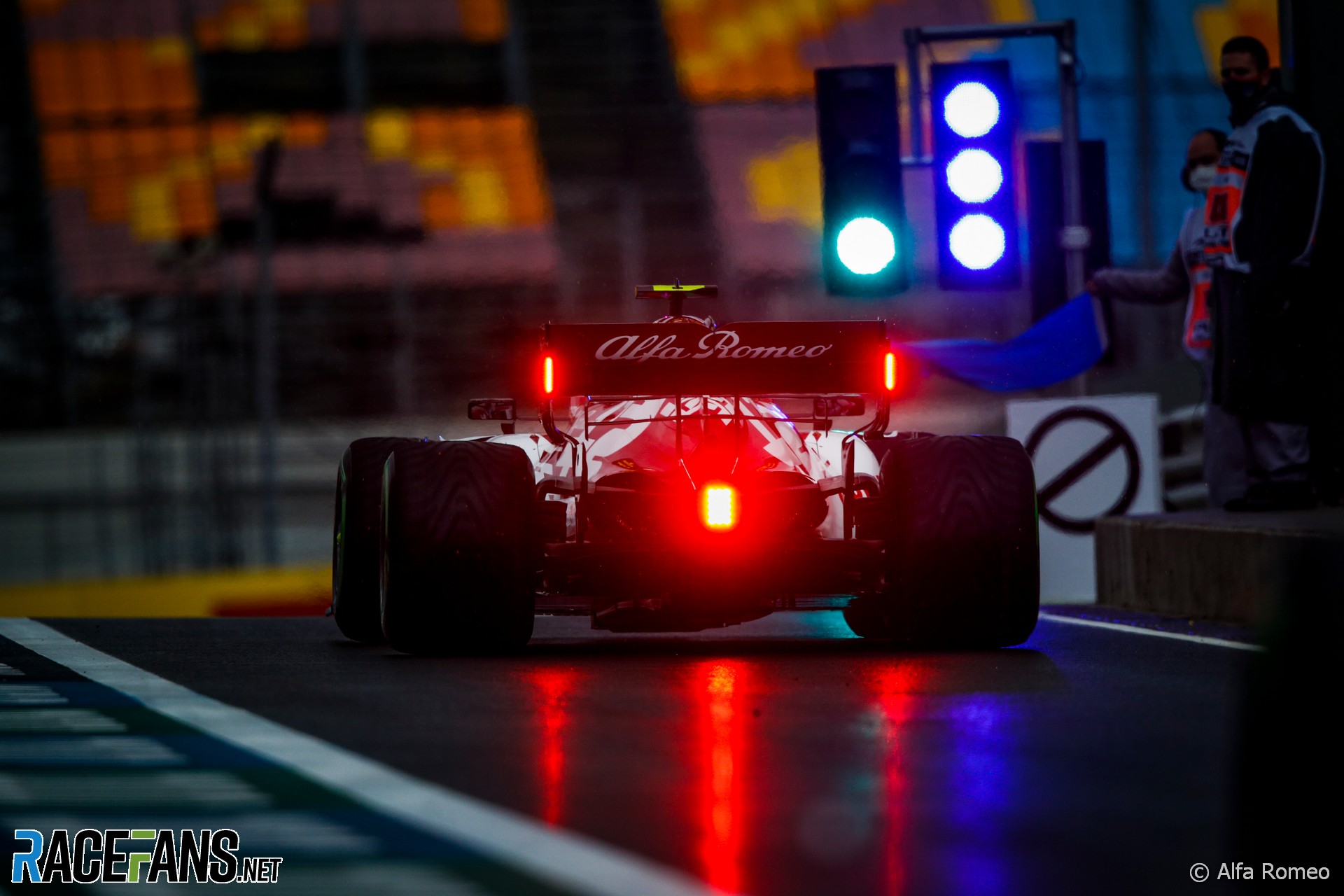 It may have ended in Lewis Hamilton 10th win in 14 races, but last weekend’s Turkish Grand Prix was one of the most unpredictable of the year.

RaceFans readers gave Istanbul’s first grand prix for nine years some of the highest scores we’ve seen in Rate the Race so far this year (the poll remains open). But F1’s return to the track was in others ways deeply unsatisfying, and prompted criticism from drivers and teams.

When Istanbul was announced as one of the new venues added to the F1 calendar many drivers predicted the circuit and its signature turn eight would be a spectacular showcase for the performance of modern F1 cars. However the 11th-hour decision to resurface the track before F1 arrived left drivers floundering a grip-less surface.

In Friday practice drivers lapped over 10 seconds slower than expected. They said they’d never seen anything like it before.

“Usually over the weekend it gets more and more rubber from the tyres and it gets better and better but it wasn’t happening,” said Hamilton in an interview with Stephen Colbert. “It was maybe a cheap job, I don’t know.”

It got worse on Saturday when rain fell – and more rain came on Sunday. Little grip and low temperatures plus variable levels meant teams fell in and out of the sweet spot of tyre performance seemingly at random.

The result was two days of almost unfathomable swings in performance. Mercedes’ season-long run of pole positions ended as they lapped a whopping 4.7 seconds off the pace. Racing Point, who endured their worst qualifying performance of the year at the previous round, took pole position and would have swept the front row had Antonio Giovinazzi not blundered into Sergio Perez’s path on his final flying lap.

Under the circumstances and given the conditions, some drivers were unwilling to be too hard on the race promoters for the poor surface. “It’s an anomaly,” said Daniel Ricciardo, “but if it was all the time, it would feel like a robbery. It’s like, why are we putting so much into these cars if we can’t actually push the limits?”

“We didn’t really get to push an F1 car this weekend,” he admitted. “Sure it made a tricky and exciting but it was hard to get a lot of satisfaction out of it from a driving point of view. I obviously sympathise, it’s a last-minute calendar so I don’t want to go too hard on them. But I don’t recommend they resurface the tracks like this a month before we come here deliberately.”

Others were more clearly infuriated at missing the opportunity to drive their cars at the limit of their capabilities at what is regarded as one of the best modern-generation F1 tracks.

“This weekend has not been really what Formula 1 is about,” said George Russell. “I’m sure the show looked great and I’m sure I would have loved watching it from my sofa at home but it’s just been a lottery for everybody out there. I love driving in wet conditions, but this was just something else.

“It was frustrating not being able to exploit this fantastic circuit,” he continued. “I think everybody was so excited to come here and from the very first lap in first practice, we just had absolutely no grip.

“The biggest factor without a shadow of a doubt was the new resurfacing. From what I understand it all had to be done very last-minute. The Turkish corporation or whoever ran the race did a really good job to get everything done in time and they were delayed by some really poor weather a month or two ago when they planned to resurface it and then planned for other categories to race on it. I understand and appreciate all of that. Ultimately it’s nobody’s fault.”

But Russell reckoned the concrete apron in the pit lane “had a hell of a lot more grip than the actual race track”, and the race did not look good for Formula 1.

“If you want chaos and carnage and drivers being made to idiots there are other categories and sports out there you can go and watch. Formula 1 is about the best cars, the best drivers, the best teams, going into the best tracks and showing what they can do. And this weekend was not that.”

A comparable, though much less extreme, situation happened at the Canadian Grand Prix in 2010. Teams were surprised by unexpectedly low grip levels on their Bridgestone tyres, which produced an unpredictable race.

The sport tried to emulate that in 2011 by urging incoming tyre supplier Pirelli to produce rubber which degraded quickly, forcing drivers to make pit stops. But teams are not keen to repeat the conditions they encountered last weekend, however entertaining a race it may have produced.

Ferrari’s sporting director Laurent Mekies, who was at the helm of the team last weekend while team principal Mattia Binotto stayed at their Maranello base, made it clear that however spectacular the race was, it isn’t a model for future grands prix.

“We all know that wet races produce a great show, a great spectacle. It puts things more in the hands of the drivers and they can show their skills better. In some respects Friday’s grip level was a bit like a wet [track].

“Certainly the race in these sort of conditions was I’m sure a fantastic show. But as we said, we are conscious that this cannot be the normal because you would not target for these sort of things.”

Although the conditions which produced last weekend’s drama are unlikely to be replicated in the future, McLaren team principal Andreas Seidl has faith in planned rules changes for the 2021 F1 season and beyond to deliver consistently better racing.

“It’s clear everyone wants to see cars fighting, wants to see overtaking manoeuvres, wants to see also that not always the same cars out the front, wants to see that people can actually make up positions coming through the field from the back,” he said.

“But at the same time Formula 1 is also about, in normal conditions, putting up or deciding the best car, the best performing car, and then it’s also normal that the best car is in front in qualifying and in the race as well. That’s part of the DNA as well at Formula 1.

“There’s a lot of positive stuff coming from ’22 onwards with the new technical regulations that should allow the cars to race closer together. It should help then also to see more overtaking manoeuvres. All the other stuff that’s also happening like the financial cap should also help to get all the field closer together. There is no reason to be pessimistic.”