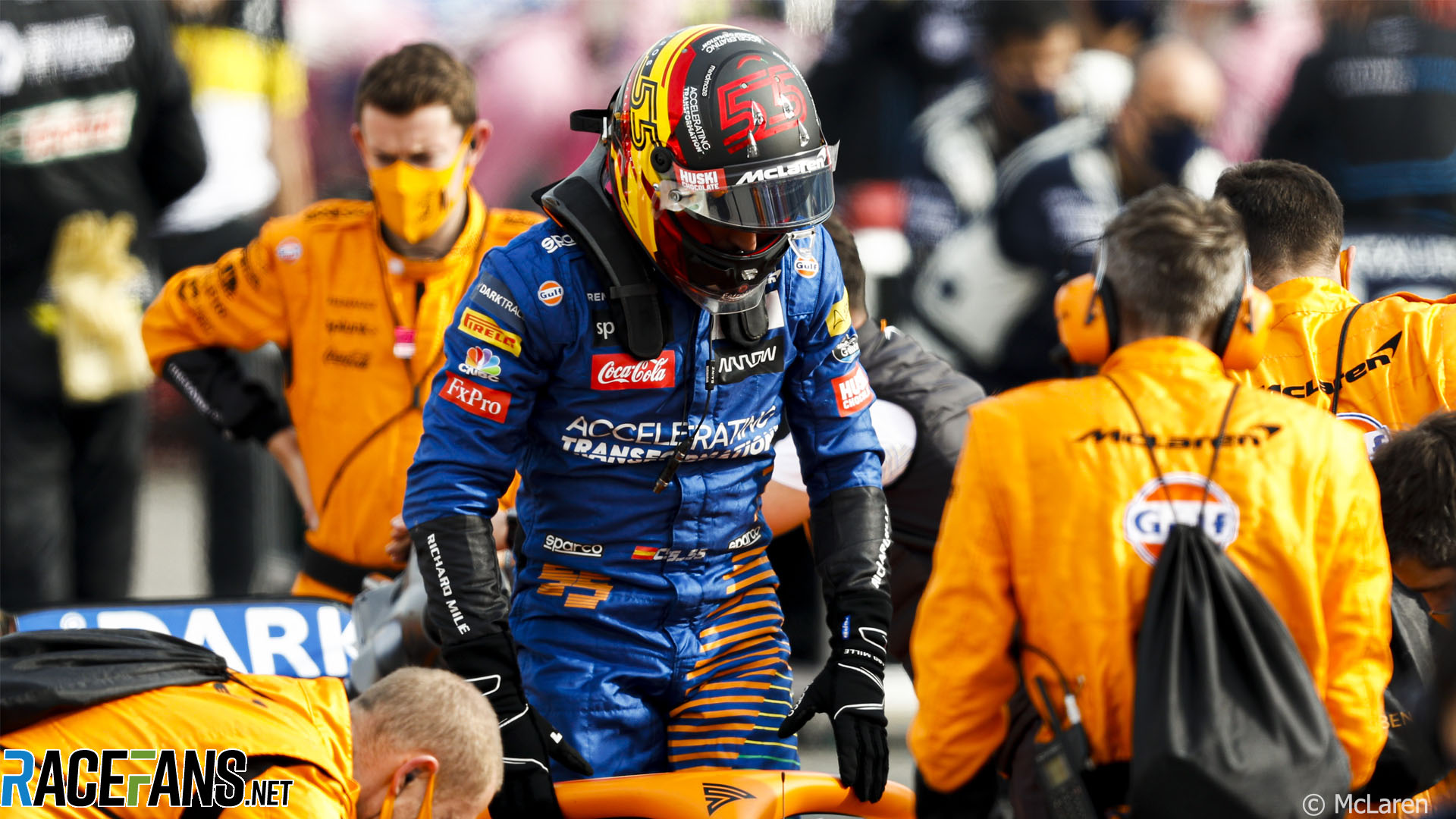 Ferrari announced in May that Sainz will join them in place of Sebastian Vettel for the 2021 F1 season.

Speaking after the Turkish Grand Prix, where Sainz climbed 10 places to finish fifth on a very slippery track, Seidl praised his driver’s ability to adapt to changeable conditions.

“He likes all of these tricky conditions, he likes wet or mixed races. We know that he performs well in these conditions and he has this talent to take the right approach in terms of risk. He manages to keep the car on-track while still making progress and making the moves stick.”

Seidl praised Sainz’s ability to corroborate what he was experiencing on the track with the team’s data, even in difficult circumstances.

“It’s simply a big benefit if you have a driver that has worked for some time with his engineer and his engineering team, because in conditions like today, you have a lot of communication ongoing between driver and the pit wall and there you see all the experience Carlos has.

“It’s important to stay brief on the radio, calm, but also clear about what’s going on out there, on the track, so that we can match this with the data we see on the pit wall and make the right decisions at the at the right time.”

Sainz trailled team mate Lando Norris in the championship earlier in the year but has caught and passed him, while helping McLaren to fourth place in the constructors’ standings.

“He’s a great driver,” said Seidl. “There’s a reason why Ferrari went after him for next year.

“I really like his approach, how he deals with this situation together with us, fully committed, very motivational for the entire team. And that’s key, I think, also for the results we are getting, everything at the moment.”

“I’m really looking forward to the last three races with him in our team,” Seidl added. “And then hopefully we beat him next year.”