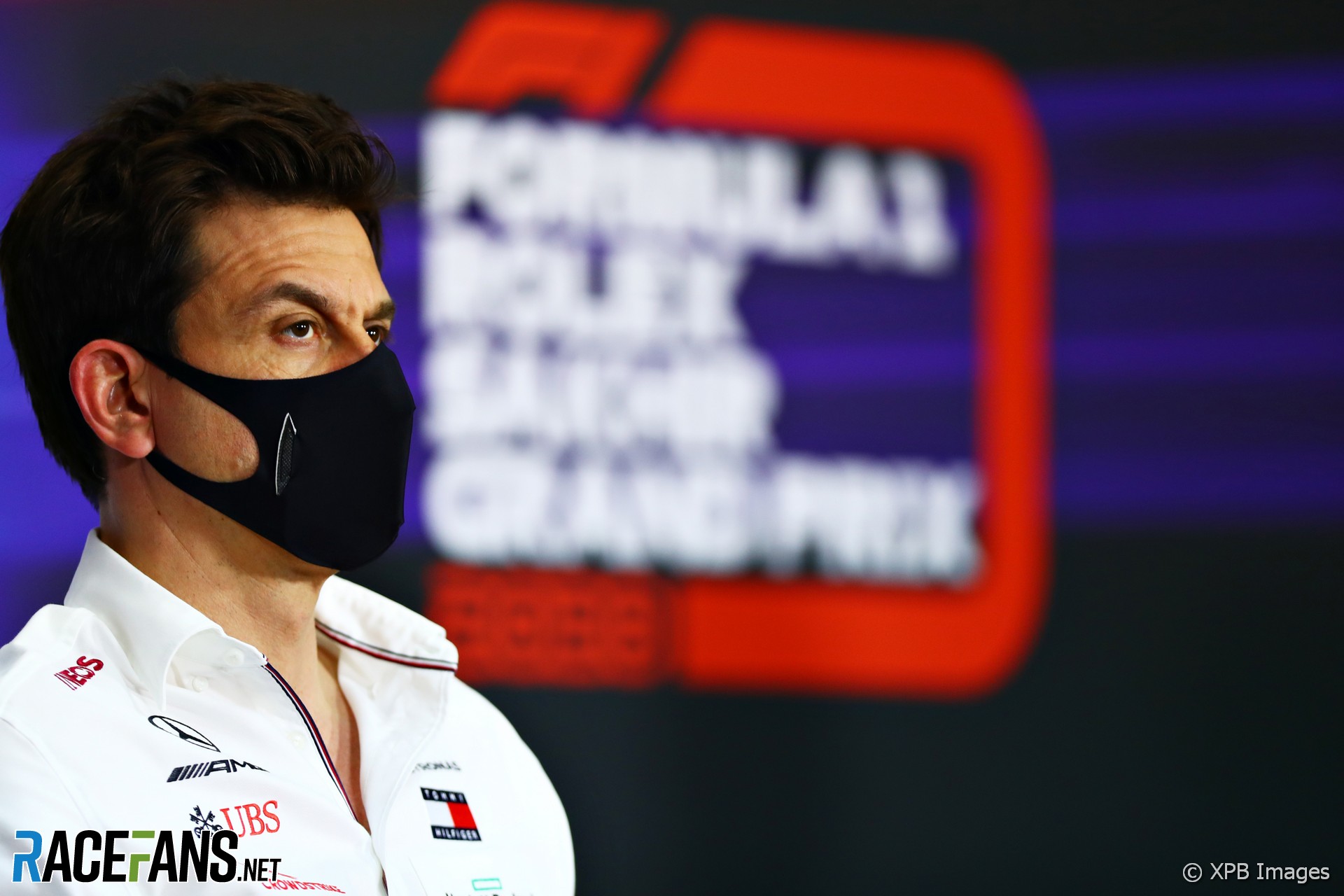 The world champion tested positive for Covid-19 on Monday. Wolff said Hamilton was “not feeling great” but described his symptoms as “relatively mild” during today’s FIA press conference.

Asked whether it is possible for Hamilton to produce a negative test in time for him to race in the season finale at Yas Marina next weekend, Wolff said “We have seen tests that were negative within 10 days so I think that is perfectly feasible, in my opinion.

“But it would be a very positive development. Nevertheless, you need to look at the situation because there is many athletes and sportspeople out there that have tested positive for a long time after any symptoms and after they’ve been infectious. This is something the FIA needs to look into, anyway.”

In response to reports Hamilton contracted Covid-19 while in Dubai prior to reaching Bahrain last week, Wolff said it was not necessary for the champion to request approval of his activities outside race weekends with the team.

“Lewis doesn’t need to have any permission,” he said. “He rides anything he wants, he jumps out of any aeroplane he wants, because he knows best what’s good for him. He’s a grown-up man and this was never an issue.

“I think contracting Covid-19 is something that we are not all very sure where we get it. If you ask Mario [Isola, Pirelli’s head of motorsport] where he got it he’s probably not going to know where.

“It’s just unfortunate. He was protecting himself a lot and then you go to Dubai, you wear your mask all the time and you come back with Corona. These things happen.”

George Russell has taken over Hamilton’s car for this weekend, and was quickest in the first practice session for this weekend’s race. Wolff said he doubted Hamilton had watched the session.

“Probably not, he has better things to do than watching a first practice session. He is recovering. I think those first few days are critical once you catch Corona.”

“I think his priority now is getting healthy,” Wolff added. “I’m not sure he’s going to follow in detail what’s happening on track – if you’re in bed and not feeling great, racing becomes a second priority.”