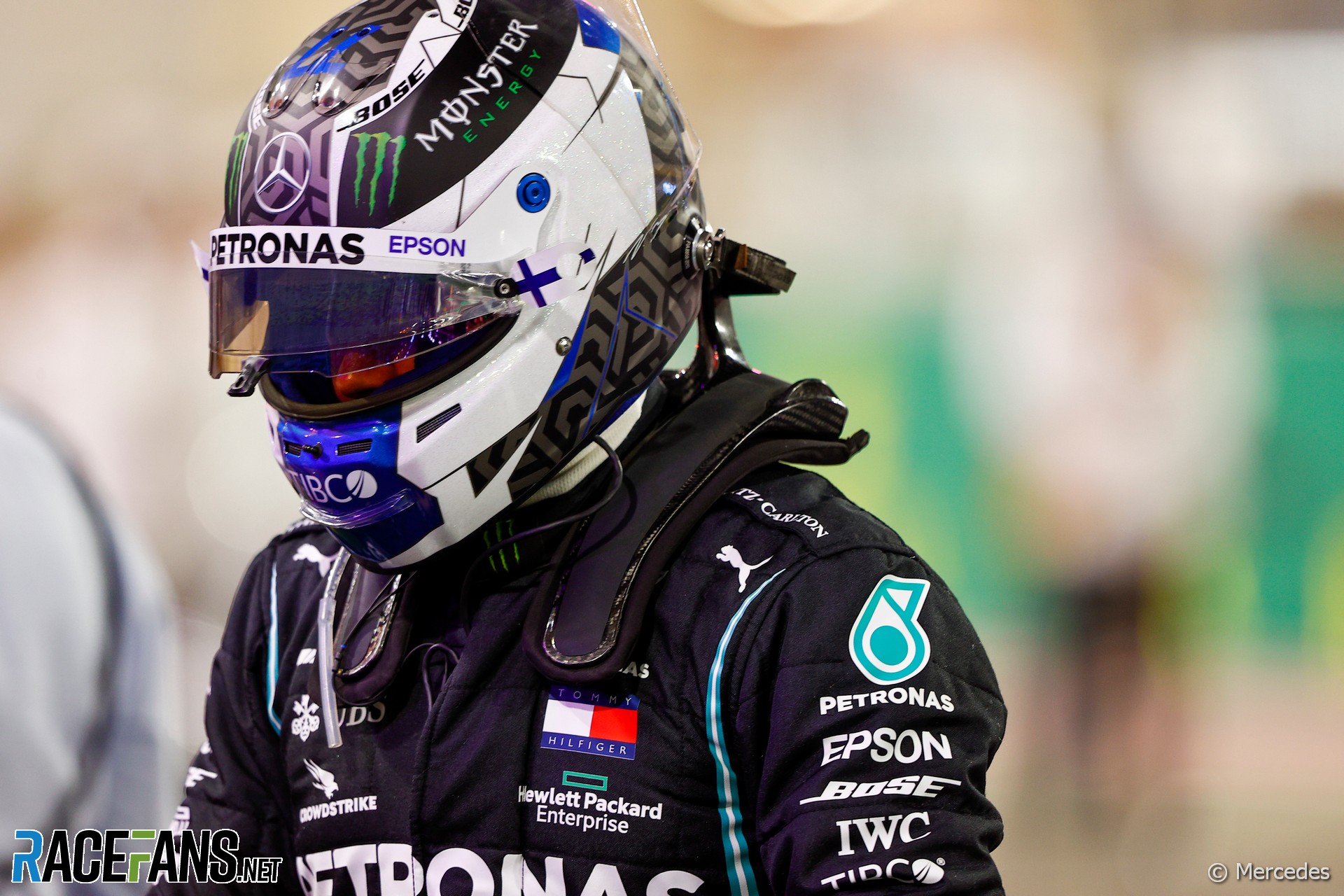 Valtteri Bottas admitted his Sakhir GP performance risked making him look “a fool” as he spent much of the race behind team newcomer George Russell.

Having taken pole position for the race, Bottas was passed by his new team mate immediately after the start and ran behind him for the first three-quarters of the race. He began to close on Russell during the second stint, but a pit stop error by the team put both out of contention for victory.

Reflecting on his performance after the race, Bottas said “the people who know” will have realised he drove better than it may have appeared to others.

“[During] the race I just to try and make the most out of it,” he said. “I knew that it’s going to be a long race ahead, so I don’t think about those kind of things.”

“But now thinking about it for sure if you don’t know things, I might have looked like a complete c***, a fool. So that’s not nice. So it was a pretty bad race for me from that side.

“It will be very easy for people to say that the new guy comes in and beats the guy who’s been in the team for years so it is not ideal. But the people who know, they know how the performance is and they know how the end result could have been.”

Max Verstappen’s retirement from the race means Bottas has a strong chance of securing second place in the drivers’ championship at this weekend’s Abu Dhabi Grand Prix. However he said he is more interested in winning races than taking the runner-up spot.

“Second is, of course, better than third. And as a team, I think we deserve to be one and two with the car we have. Obviously it’s not done yet but at least I gained very small points to Max.

“But it’s not really the priority in my mind, I just want to win races. This week it didn’t feel like the team prioritised that thing any way. We just came here and tried to do the best job. So it’s not like as a team they really prioritised me to be second in the championship.”

He is keen to move on to a more conventional track after the unusually short Bahrain Outer circuit.

“It’s a new weekend, obviously it’s going to be more of a normal track instead of a Mickey Mouse track. It will be easier to make some differences so I’m already looking ahead to Abu Dhabi.”