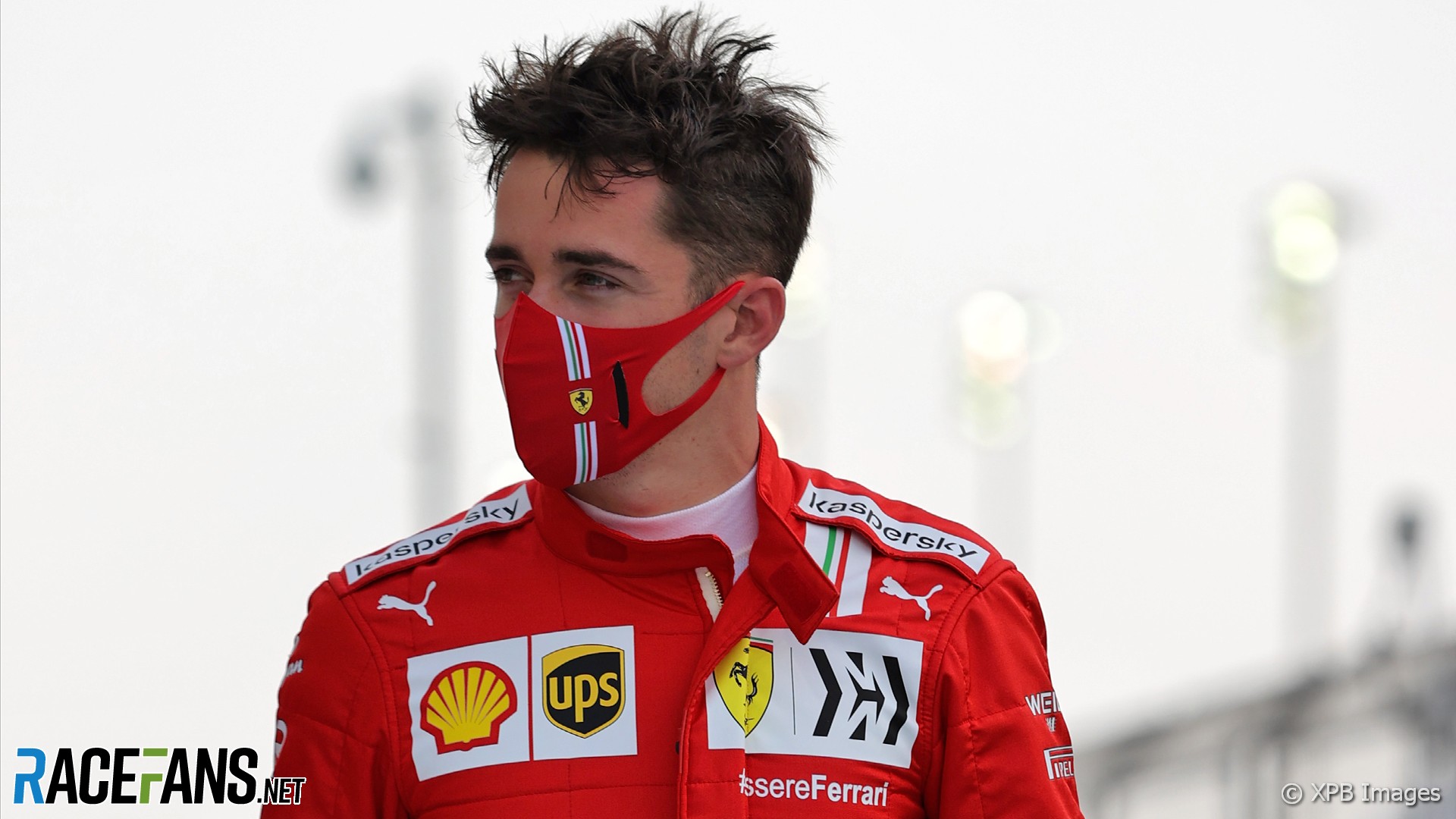 Charles Leclerc says he will “choose my fights better” during the 2021 F1 season following a series of first-lap collisions last year.

The Ferrari driver said he adopted an aggressive style to overcome the shortfalls of his car during 2020. He collided with his team mate Sebastian Vettel at the start of the second race.

It was the first of several first-lap collisions Leclerc was involved in. He tangled with Lance Stroll in Russia and Max Verstappen in the Sakhir Grand Prix.

Ahead of the new season, and having set the 13th-fastest time in pre-season testing, Leclerc admitted he may have to rein in his aggression this year.

“Let’s wait and see where we are again, because I think there are positive signs already from the test and then we’ll see for sure from Saturday onwards,” he said. “But I think I will probably choose my fights a little bit better.

“But on many other occasions it helped us to achieve better results. I will choose my fights better, but if I have to be aggressive at one point to to get better results, I will do it.”

Leclerc said his crash at the Sakhir GP, which was run on the Outer circuit layout in Bahrain, was an error he is keen not to repeat.

“It was definitely a difficult moment for the team and just I was extremely motivated to do something special, and that motivation sometimes translated in crashes onto the track, which was not great.

“As I’ve done in the past with my mistakes, I always try to understand why I’ve done them and try to not do them again.

“I will still be as motivated to try and do great results and we will have to see where we are at exactly to adapt my aggressiveness on track. But of course I will try not to reproduce these types of mistakes.”