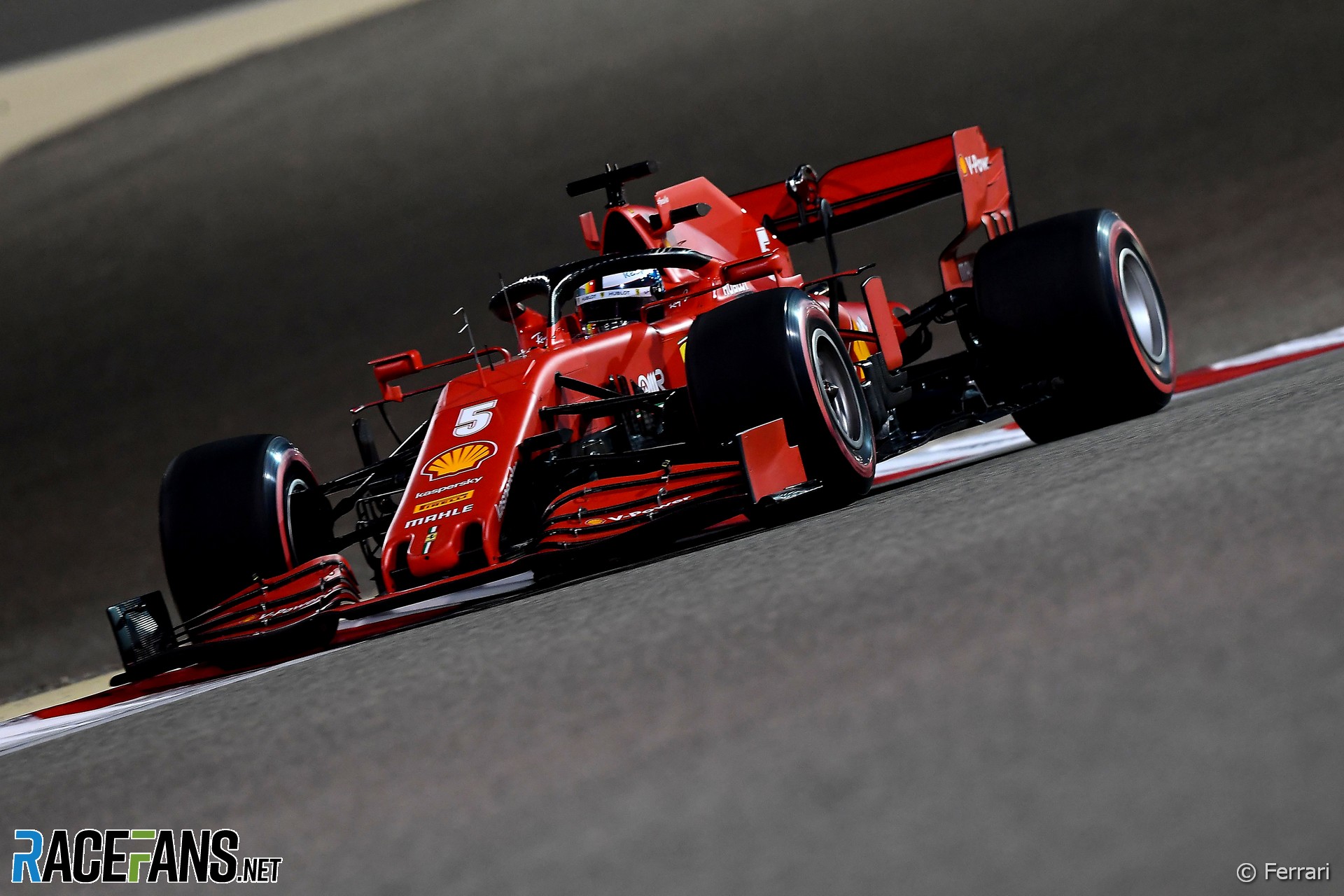 Sebastian Vettel is concerned about the potential for incidents during qualifying for the Sakhir Grand Prix due to the large speed differences expected between cars.

Several drivers have commented on the hazard posed by the combination of a short 3.5-kilometre track, the difference in speed between drivers on flying laps and those who aren’t, and having up to 20 cars on track at once.

“The whole track is short, obviously, and there will be the same amount of cars, so I guess Q1 will be very tight,” Vettel predicted.

Concerns about the potential for collisions during qualifying were borne out in Friday’s Formula 2 session. Mick Schumacher and Roy Nissany made contact during F2’s half-hour, 22-car qualifying session.

“The other thing that doesn’t help is we have to go really slow in the cool laps to bring the tyres down [in temperature],” explained Vettel. “That’s probably the worst factor.

“One thing is looking for traffic, the other one is having such a big speed deltas. So it will be a mess. I hope that nothing happens and we all go through without being impeded or having trouble with traffic.”

However Vettel said he is more positive about Ferrari’s qualifying chances on the shorter circuit than he was on the grand prix track last week.

“I think in Q1 it should be fine to make it through to Q2. And then Q3, I think could be possible, maybe it’s a little bit better than last week.

“But I reckon it will be very tight. It’s a short lap, the gaps between the cars are nothing. The midfield has always been tight this year, so it will be even tighter.”

6 comments on “Vettel: ‘Qualifying will be a mess, I hope nothing happens’”