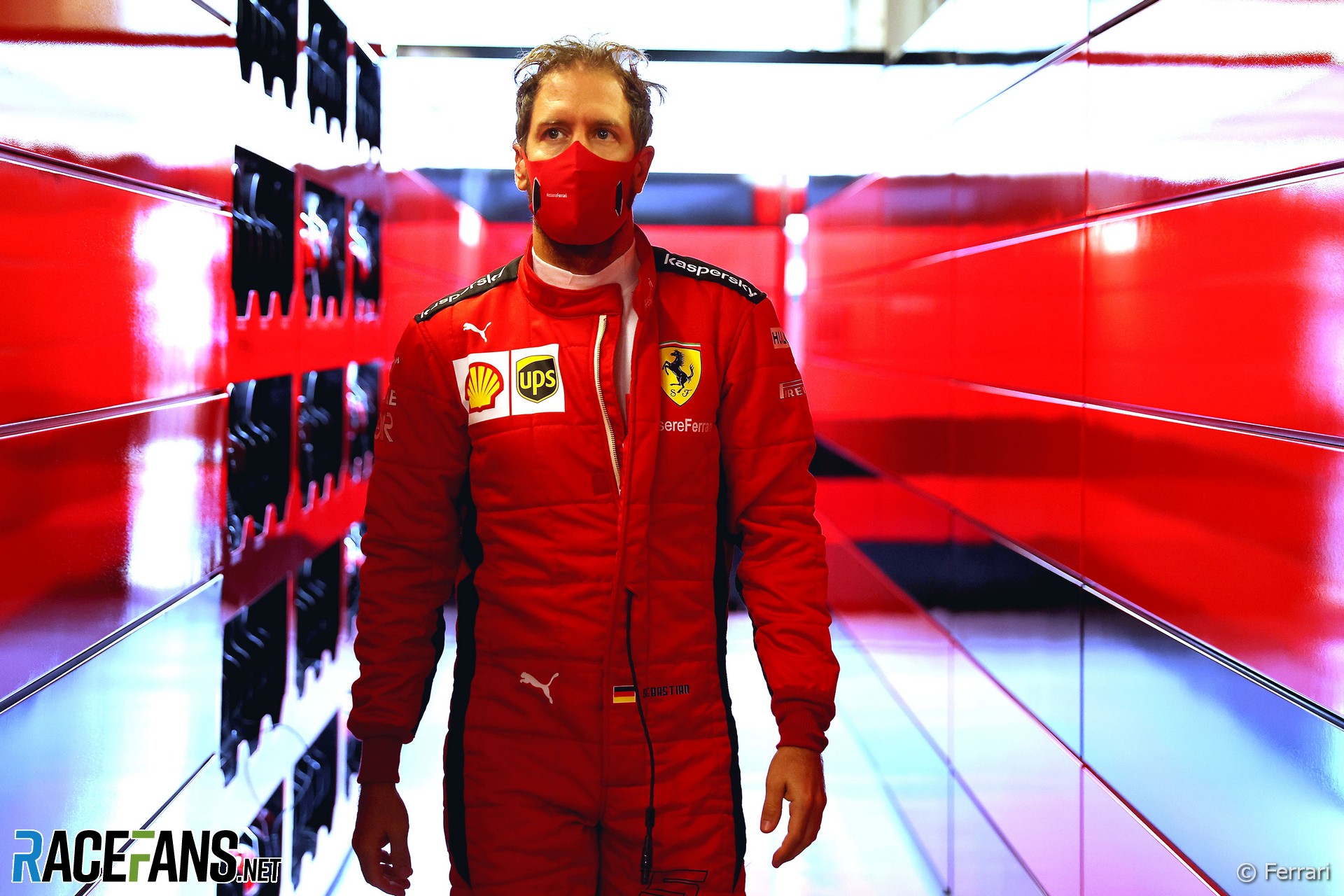 Sebastian Vettel said the gap between him and Charles Leclerc in qualifying remains “a mystery” after failing to join his team mate in Q3 again at the season finale.

Over the 17 races this year Vettel has only reached the final round of qualifying on three occasions, while Leclerc has done so 11 times. Today Leclerc was quicker on the harder, medium compound tyres than Vettel was on the softer rubber. He will start ahead of Vettel tomorrow despite taking a three-place grid penalty.

Vettel said he was “quite happy” with his final run in Q2 and didn’t think his car could go much quicker.

“But I was happy with my quali and my laps. For sure you always feel there’s a little bit. Maybe a tenth if you put everything into account but let’s see what we can do tomorrow.”

“I would have loved to be higher up, but it didn’t quite work,” he added. “It was a good session. I’m happy with myself, not happy with the results, but it’s been like this many times this year.”

Vettel will start his final race as a Ferrari driver this weekend. “It will be emotional tomorrow,” he admitted. “Especially with the mechanics, the guys in the garage.

“Obviously, in terms of results, it’s not really a high. So I’m looking forward to seeing the chequered flag.”

41 comments on “Vettel: No other team has this big a gap between cars”