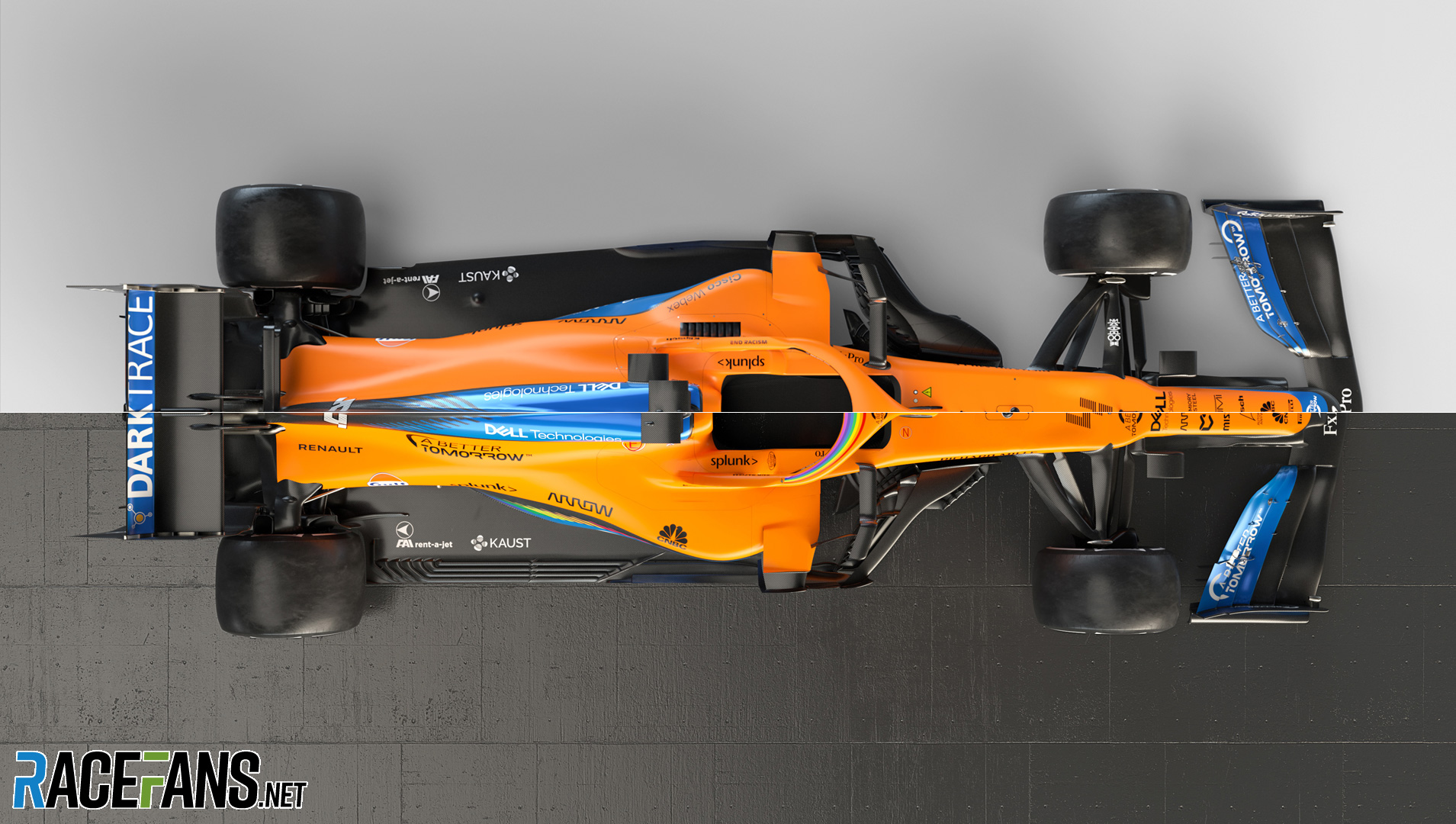 The major change on McLaren’s new car for the 2021 F1 season isn’t the aerodynamic tweaks which they and all their rivals have had to make under this year’s new rules.

McLaren is the only team to have changed engine suppliers during the winter break. While the extent of the changes they could make to their cars was restricted, they were allowed to alter their chassis in order to successfully integrate the Mercedes M12 E Performance power unit into a car originally designed to accept a Renault.

“One of the key elements of the MCL35M design is the integration of the Mercedes-AMG power unit, which has taken a considerable effort from the team in Woking, as well as our colleagues at Mercedes,” said technical director James Key. “Despite our limited scope for installation in a homologated car, the team has done a fantastic job of optimising our design work.”

The top-down images of the car reveal details of the alterations made to accommodate the engine. The sidepods are noticeably slimmer than on its predecessor, while the rear of the car appears to have been extended slightly.

Viewed from the front, the larger upper air intake characteristic of Mercedes-powered cars is evident when compared to last year’s Renault-powered McLaren.

Other changes on the car will be shared by the other nine machines for the upcoming season. The most noticeable of these is the reduced area of the rear floor, which compared to last year’s design has a long, triangle-shaped cutaway in front of the back wheels. This is intended to reduce how much downforce the car generates, though Key is confident McLaren will be able to get back to 2020 downforce levels later in the year.

The nose of the launch-spec car also differs from the version seen 12 months ago, though McLaren introduced this design to its car mid-way through 2020.

Use the sliders below to transition between images of the 2021 and 2020 McLaren F1 cars. 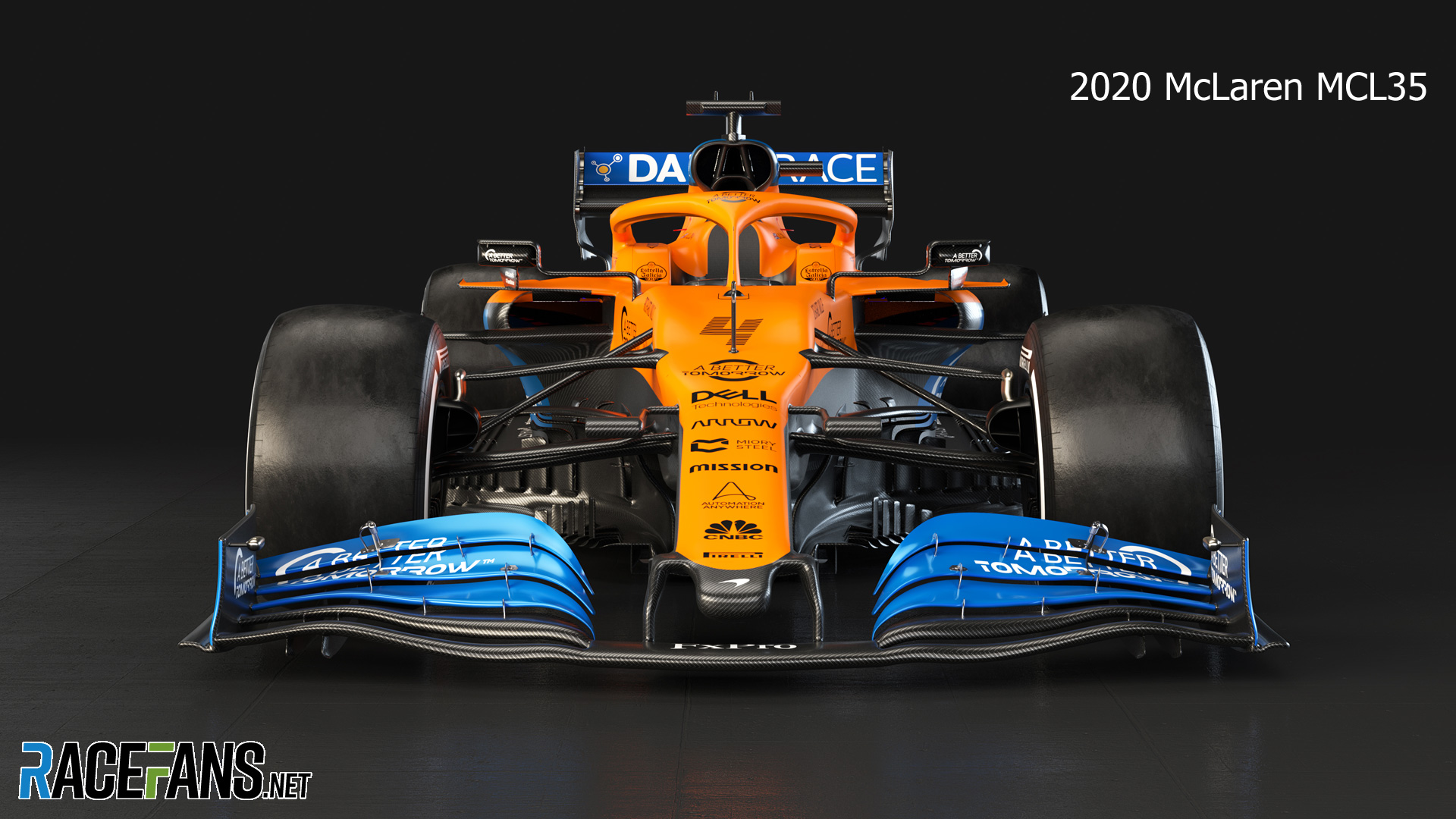 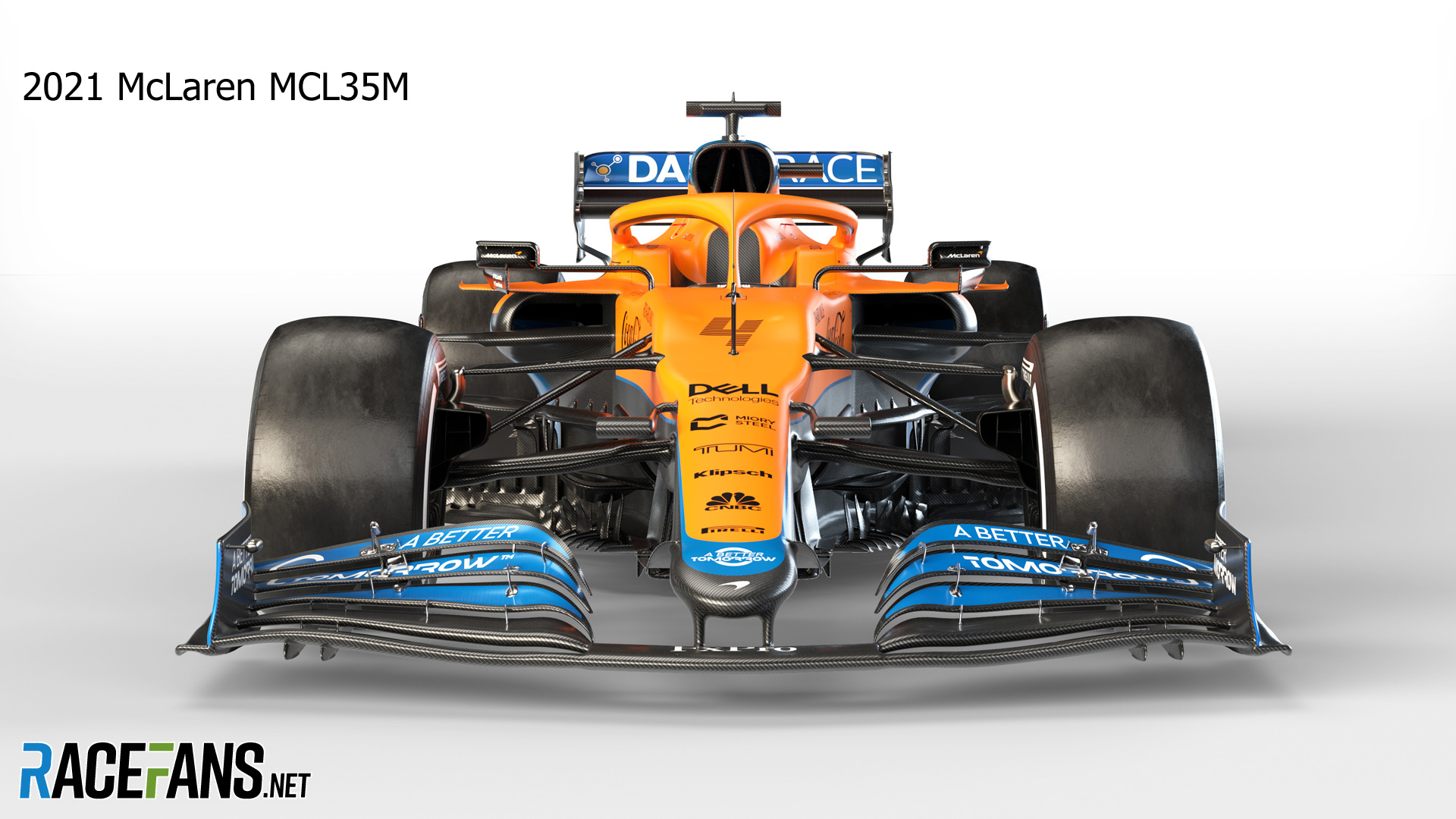 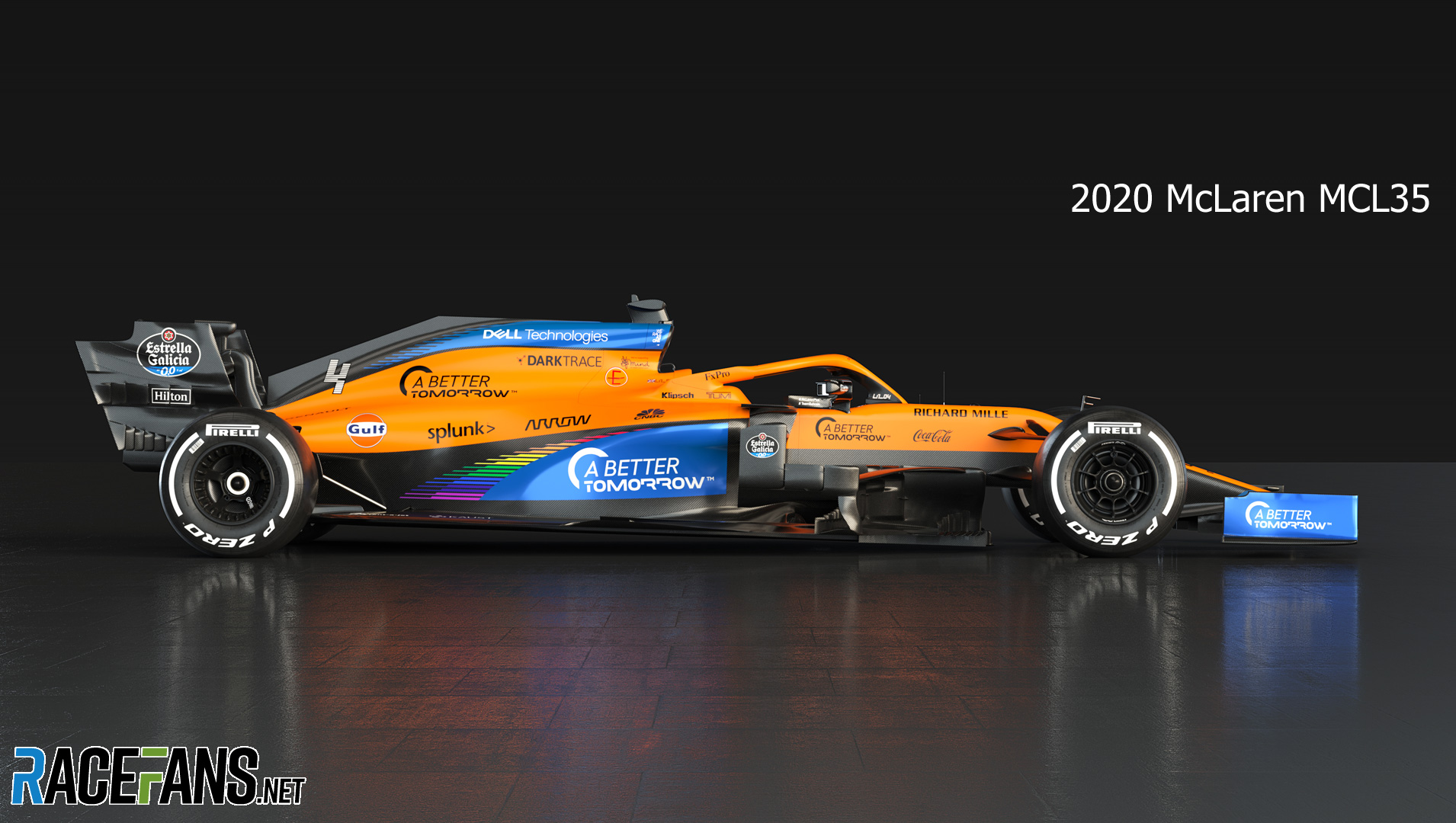 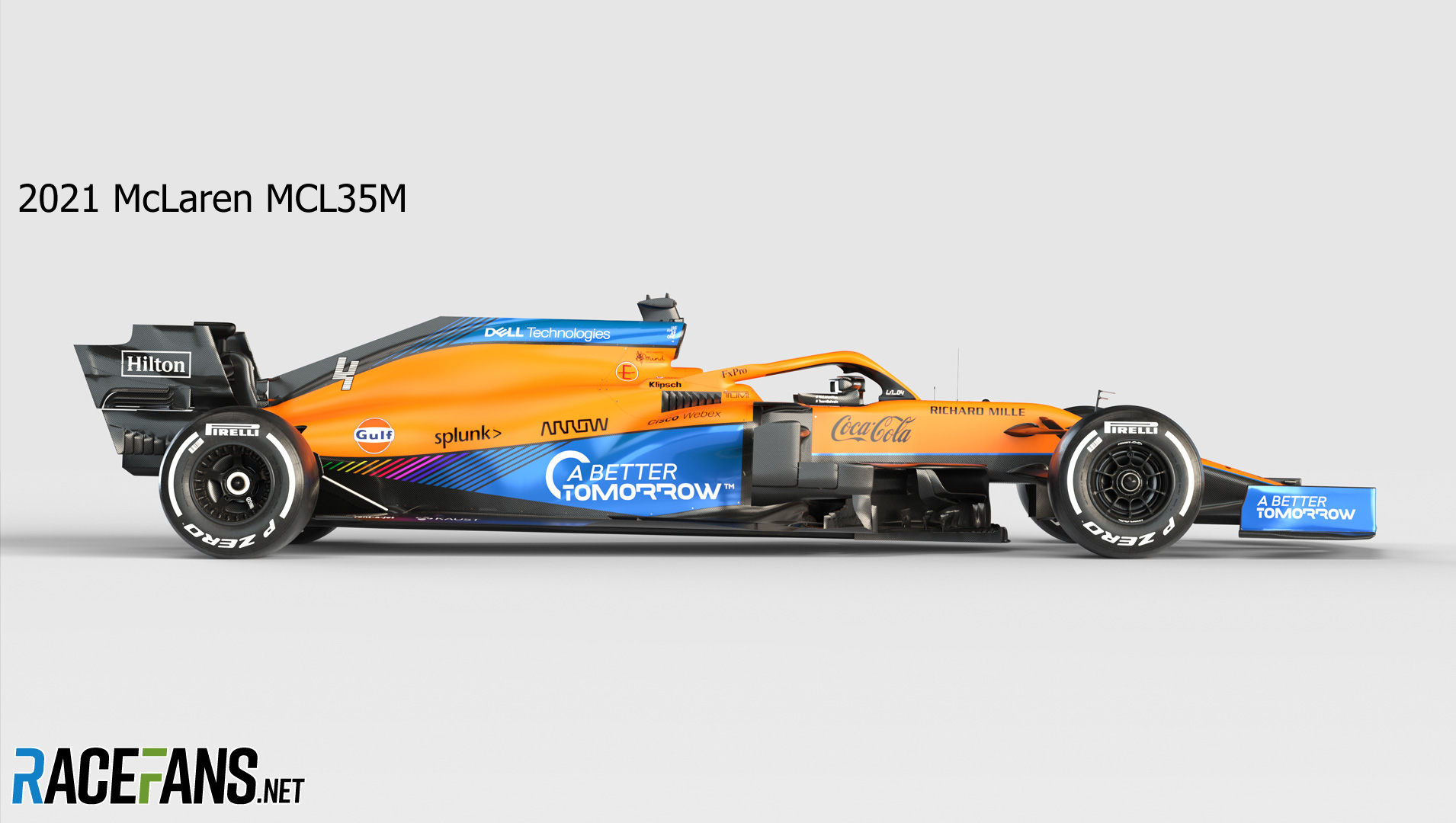 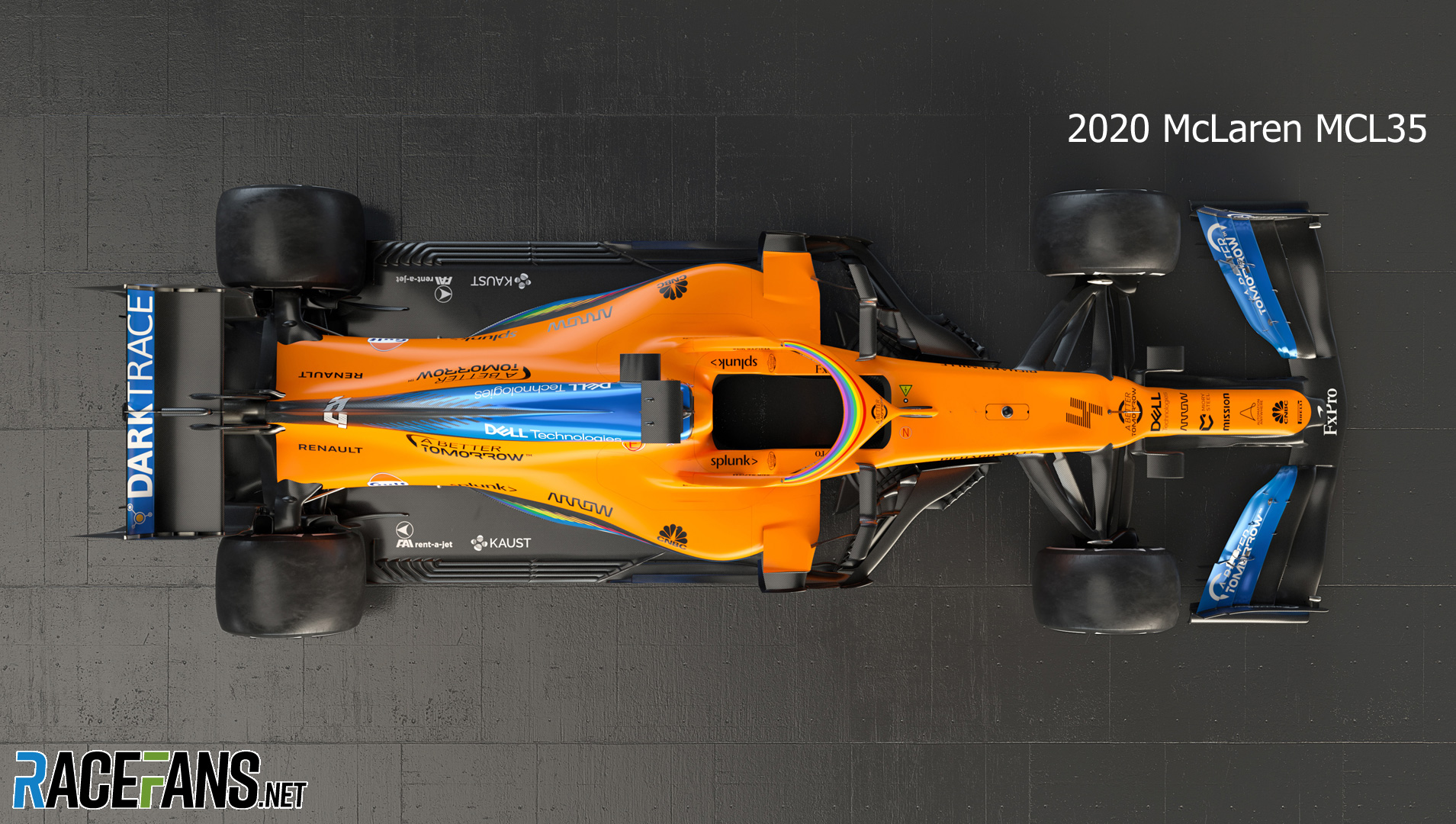 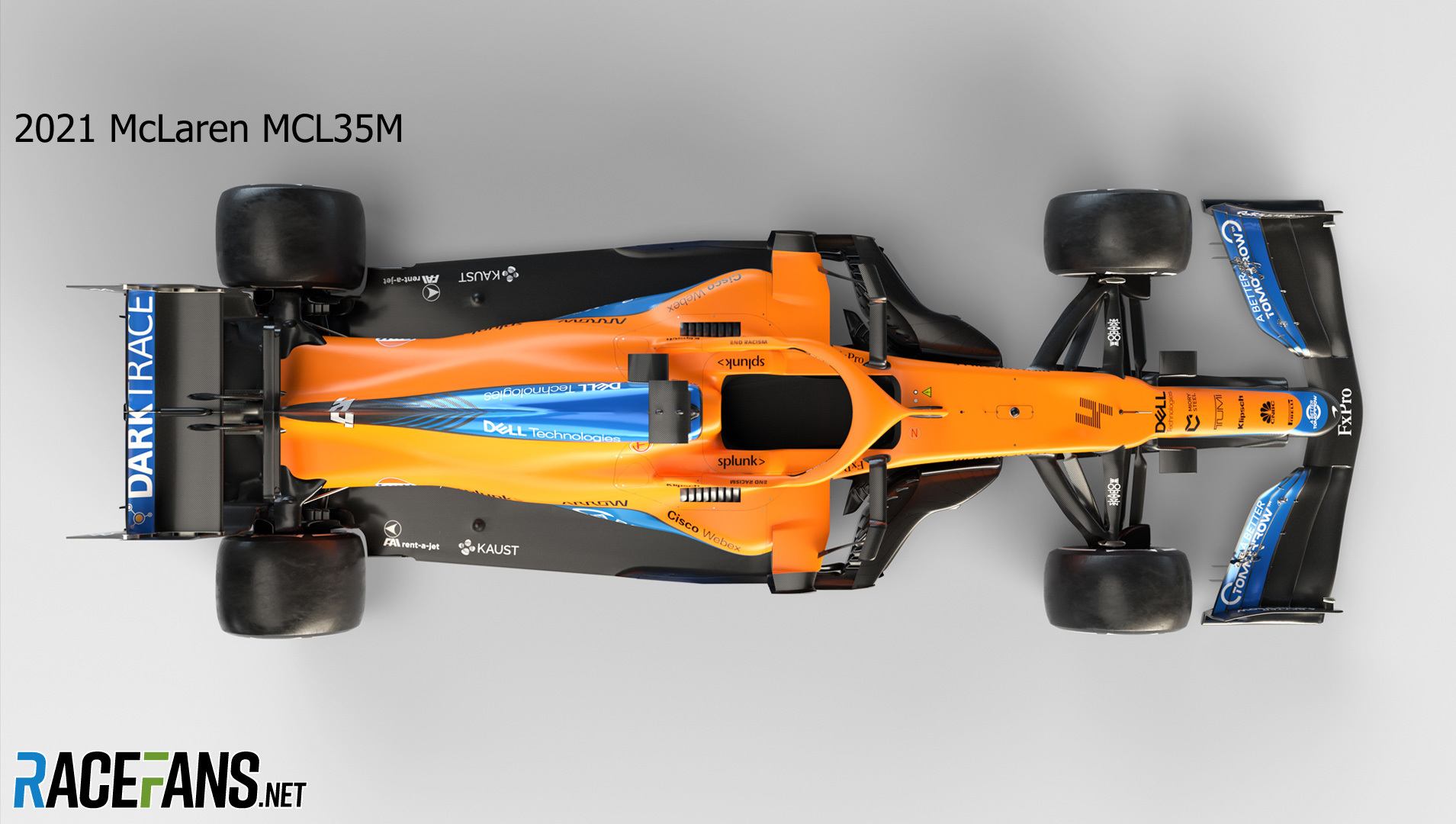