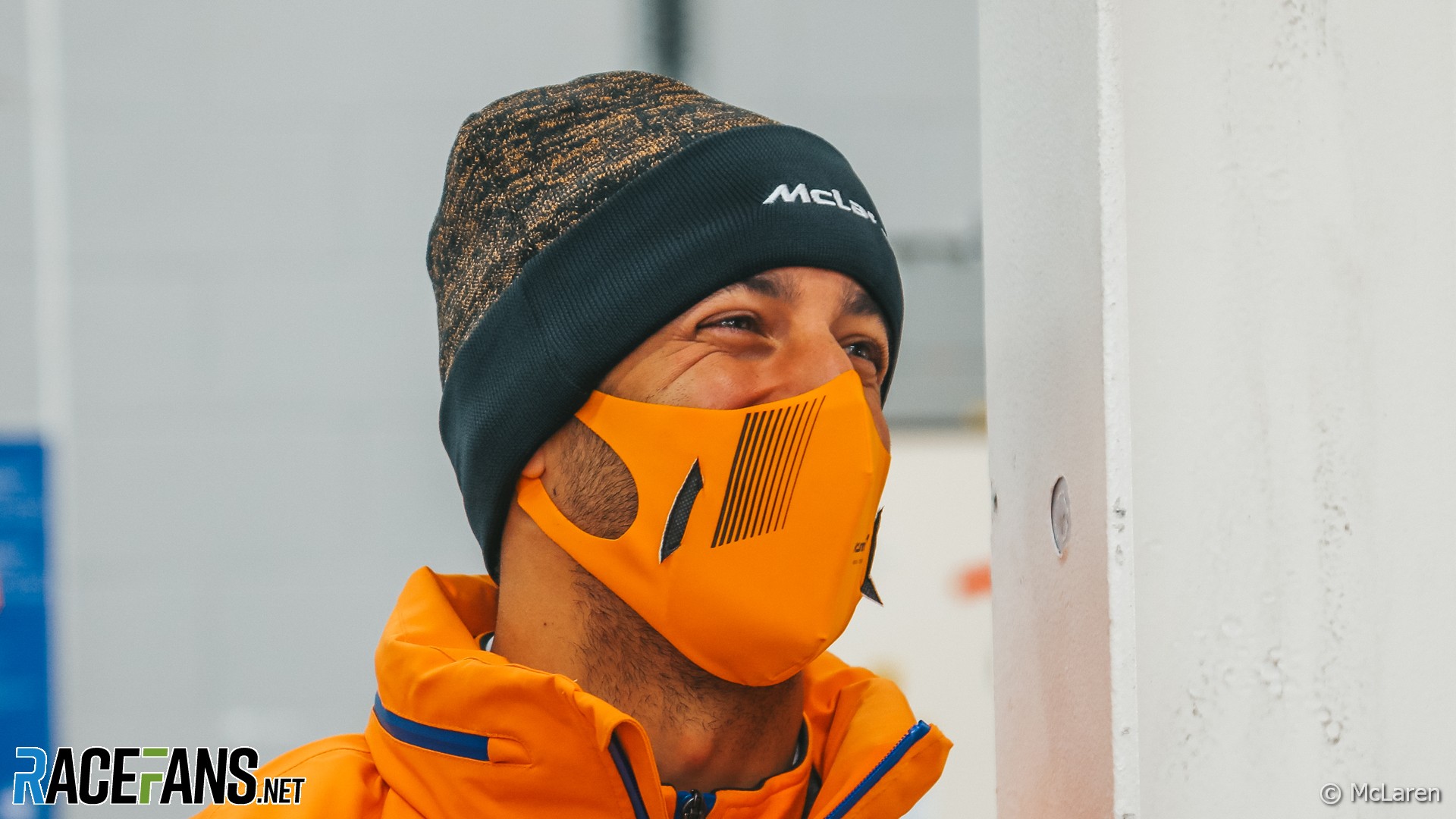 It’s 10 years since Daniel Ricciardo arrived in Formula 1, backed by Red Bull. He served apprenticeships first at HRT and later Toro Rosso before moving up to the top team.

Having become a multiple F1 race-winner with Red Bull he made the shock decision to leave the team in 2018. Among the teams he spoke to at the time was McLaren, but Ricciardo passed them over when the opportunity to join Renault appeared.

Ricciardo did just one season in Renault colours before surprising the paddock by confirming another change of team. The second time around, the seven-times grand prix winner accepted McLaren Racing CEO Zak Brown’s offer. After seeing out the second year of his Renault deal, Ricciardo made his debut as a McLaren driver this week, and speaking at the launch of the MCL35M he admitted he’d always had a soft spot for the team.

“As a kid you remember two teams,” he grinned. “Obviously being of Italian background Ferrari was a team I remembered, and there was McLaren. Being a big fan of Senna as well, and Alain Prost, getting to work close to him the last couple of years at Renault, that was really cool.

“One of the very first gifts I bought myself once I was in F1 and had enough money to buy a pair of jeans, the first real gift I got was a McLaren road car. That was still while I was at Red Bull so I had to keep that a little bit under wraps!”

But why did a self-confessed McLaren fan turn down his first opportunity to join the team? And what changed which prompted him to say ‘yes’ when Brown came knocking again less than two years later?

In 2018 McLaren was in the early stages of an extensive programme of reorganisation, following the end of its failed reunion with Honda the year before. Throughout those tough years McLaren indicated the engine side was its greatest weakness. But their first season as a Renault customer laid bare the shortcomings on the chassis side as well.

Brown began a shake-up of the team, which eventually led to the arrivals of Andreas Seidl as team principal and James Key as technical director – the latter a known quantity for Ricciardo from his Toro Rosso days. But those personnel changes lay in the future when Brown attempted to lure Ricciardo away from Red Bull.

“At that time I was able to make statements that I had yet to deliver on,” said Brown. “We’d get a great team principal, great technical director, we’d have the resources that we need.

“I think 18 months on I was able to demonstrate to him after he met Andreas and was obviously well aware of James and the whole team, I think that went from some statements to factual elements that we could show.”

Ricciardo felt “there were still quite a few moving parts” at McLaren when Brown first approached him. “Ultimately not only the results weren’t quite there on track yet, but they were still trying to figure out their own structure. And I think they’ve really established that now.”

The timing of Ricciardo’s decision to join McLaren – facilitated by Carlos Sainz Jnr’s decision to join Ferrari in place of Vettel – was complicated by the pandemic. Ricciardo spent one season at Renault, tested their 2021 car – and then Covid-19 struck the world. His home race, the season-opening Australian Grand Prix, was called off the day practice was due to begin.

From there he returned to his parents’ farm and contemplated his future. Following further discussions with Brown, complicated by poor Internet and mobile phone coverage, Ricciardo agreed a three-year deal to join McLaren.

The decision stung Renault. Cyril Abiteboul, the team’s managing director at the time, couldn’t even bring himself to refer to Ricciardo by name in his statement responding to the move. “Unity and commitment are, more than ever, critical values for a works team,” he commented tersely.

The implication of Ricciardo’s move was obvious and since joining McLaren he has stated it plainly. Notwithstanding Renault’s status as a full works team, he reckons a McLaren-run Mercedes-powered customer car is a better bet for his hopes of winning the world championship.

“His statements are he believes this is his best chance,” Brown acknowledged. “I don’t think we’ve put a timeframe on that. But Daniel is going to be with us for many years.

“I think we’re a team on the on the rise and hopefully he will, along with Lando, help continue to move the team forward.”

Throughout last year, as Renault made steady gains and Ricciardo’s results improved with them, he had to bat away questions about whether he’d been too hasty in jumping ship to McLaren. His first run in the Mercedes-powered MCL35M yesterday will have given him the first clue whether it was the right move. We’ll have to wait a little longer to find out.