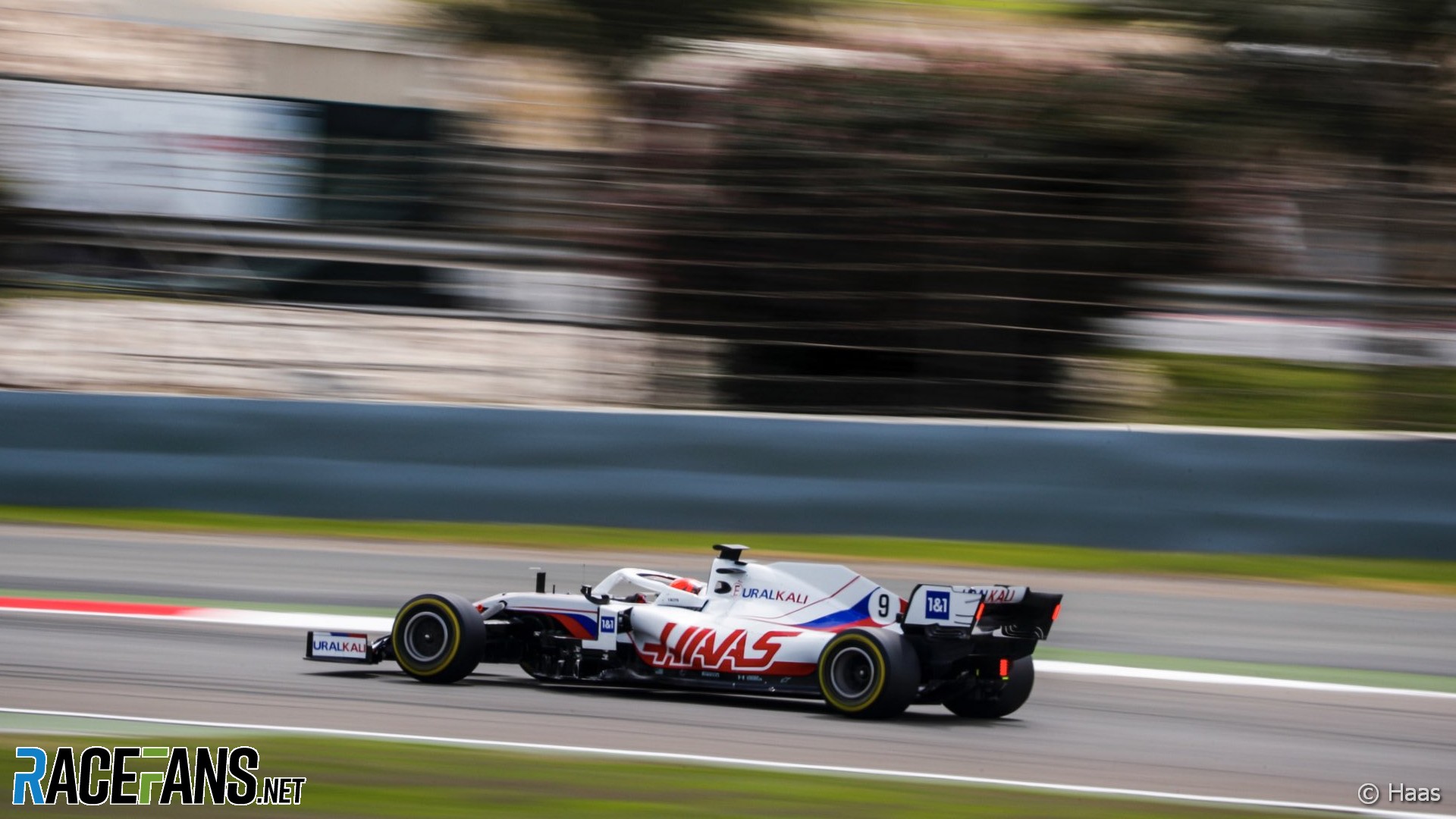 Mick Schumacher says he already feels comfortable at Haas, who he will make his Formula 1 debut with this year.

The team ran its new VF-21 for the first time at the Bahrain International Circuit today ahead of the start of pre-season testing tomorrow. Schumacher’s team mate Nikita Mazepin drove the car.

Unlike Mazepin, Schumacher had the opportunity to test for Haas at Yas Marina at the end of last year. He said he already feels happy in his new surroundings.

“I have already had a numerous amount of meetings with my team and I feel very, very comfortable. And I’m sure the team feels very comfortable with me so that we can start off on a very good basis and then go on to an even stronger bond through the season.

“I think in general my race craft is very good. The relationship that I have to a team is very positive and I’m very happy about that, that I’m able to build a relationship quickly to the team and then try to improve in every aspect.

“That’s really what I want to do and I’m going to work my ass off for that and I will give everything I have.”

Speaking at the Haas car launch, Schumacher said having a strong connection with his Haas team will be one of the key factors to ensure his F1 debut is a success.

“You want to have a very strong bond to the team. That’s really what I aim for and I have and I’m really happy about that. So definitely that’s one of the strengths.

“Being mentally as strong as we can be in every situation is also one which is really important.

“Then basically just starting off the season on a high and hopefully we’ll be able to to carry through everything that I’ve learnt in my past years and be able to perform on a high level of what we need.”

However he admitted his limited running for the team so far left some question marks over the areas he most needs to work on.

“Obviously I only did one day in the Haas car, so I guess it’s very hard to identify what will be the biggest focus for myself this season,” said Schumacher. “But definitely I’ve worked on the things that I know that I can do very well.

“I’ve worked on the things that I know that I can’t do as well. So hopefully I’ll have a good package ready to start my season as well.”