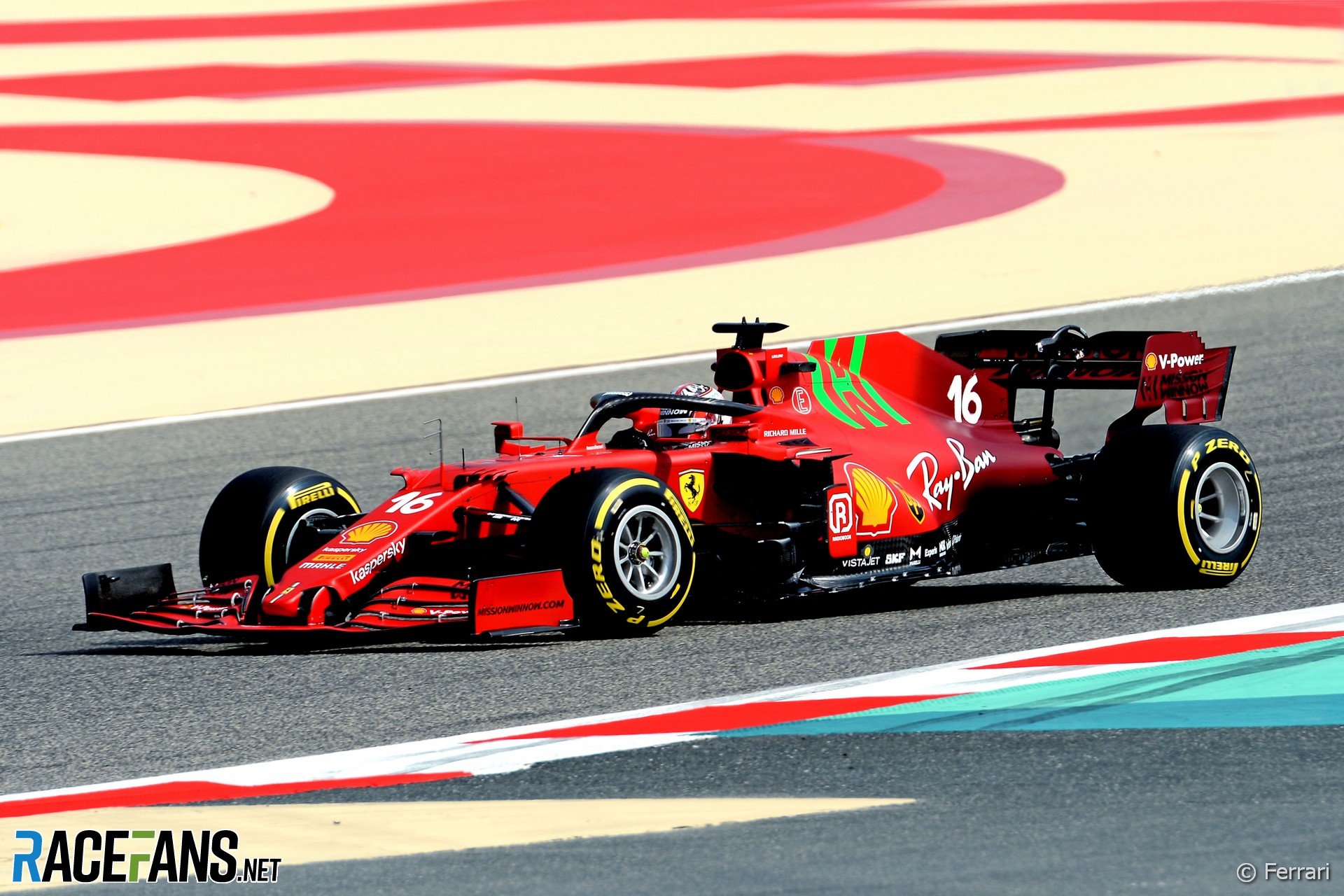 Ferrari’s new car for the 2021 F1 season has run for the first time in a filming day at the Bahrain International Circuit.

Charles Leclerc drove the car, powered by Ferrari’s upgraded power unit designated 065/6, at the track where pre-season testing will begin tomorrow. He was joined at the track for a filming day by his new team mate Carlos Sainz Jnr.

Ferrari revealed the car, featuring a striking two-tone livery and bright green sponsor logo on its engine cover, yesterday. The team has paid close attention to improving both its power unit, which was the weakest in the field last year, and its integration within the SF21 chassis, which is largely the same as last year’s SF1000.

“We adopted a systematic approach, with all departments – design, simulation, development, track – working together to find every opportunity for improvement,” said the team’s head of power unit Enrico Gualtieri. “Along with our colleagues on the chassis side, we worked a lot on the layout of the power unit, to make the overall design of the car as efficient as possible.

“With the internal combustion engine, we focused on increasing its level of thermal efficiency, in conjunction with our partner Shell and this has produced an improvement in lap time that we estimate at over one tenth of a second.

“We are also carrying out further development on the hybrid system and the electronics, in order to revise and optimise all components. All this in a season in which power unit test bench time has been reduced still further.”

The rear of the car features much tighter packaging in a big to improve its aerodynamic performance. Its gearbox and rear suspension are new.

“We also looked at the cooling system, increasing the effectiveness of the central radiator and designed the body with more ‘downwashing’,” head of chassis Enrico Cardile explained.

“Aerodynamics was one of the areas affected by the regulation changes aimed at reducing the ability to generate vertical load, in order not to put too great a strain on the tyres. That’s why, as we began developing the car’s aerodynamics, we set ourselves two goals: recovering more aerodynamic downforce than was lost through the regulations and reducing drag.”

Due to regulations restriction how much teams can change their new cars for 2021, the front of the SF21 is much the same as last year’s. However the car sports a new front wing and “a new concept nose”, said Cardile.

Ferrari will join the 10 F1 teams for the first of three days of pre-season testing in Bahrain tomorrow.