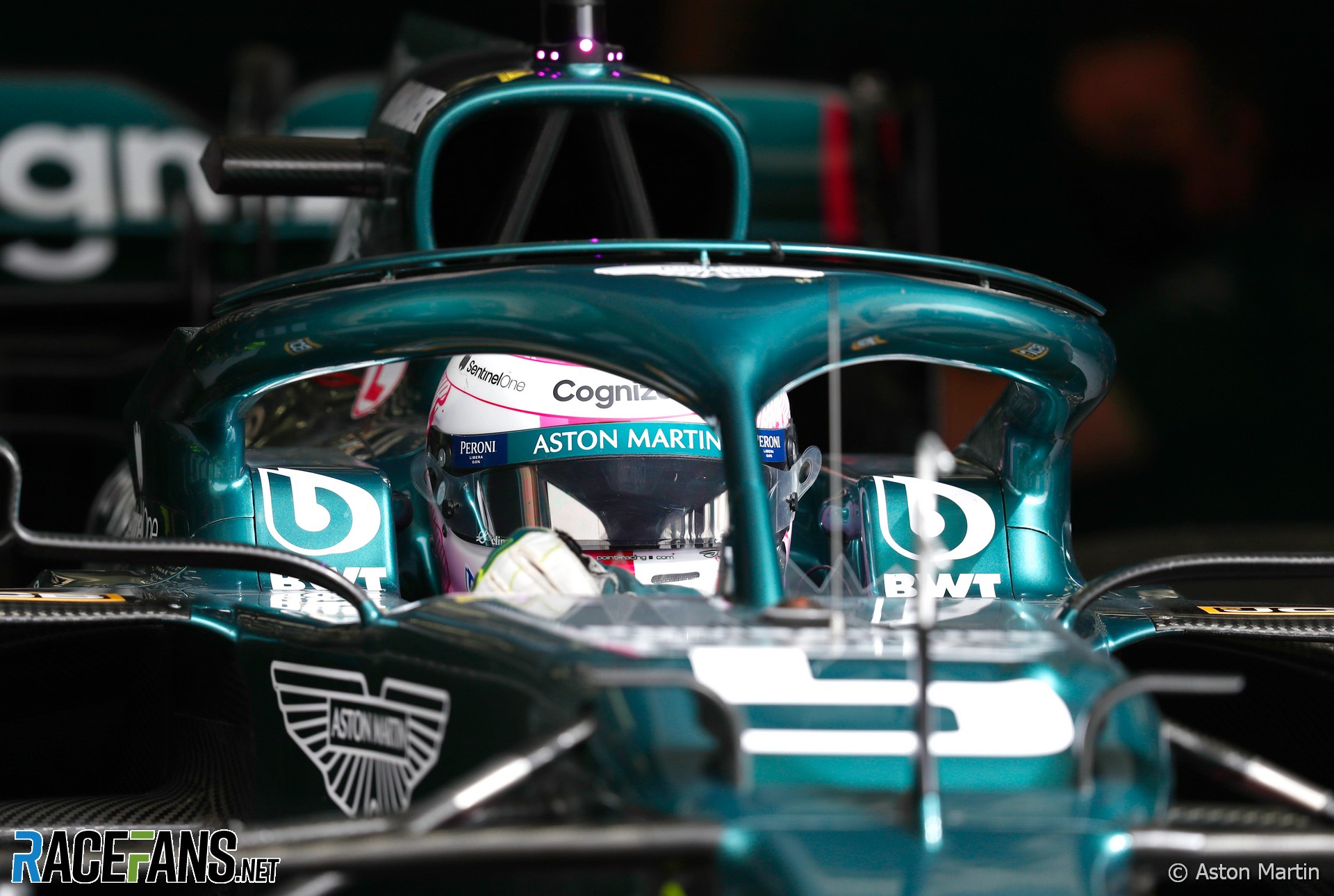 Sebastian Vettel is eager for more running in his Aston Martin to adapt to his new car after completing just 10 laps on Saturday morning.

He was confined to the pits for much of the session after the team changed the gearbox on his AMR21.

Vettel, who did 51 laps on his first day in the car yesterday, said he needs as much running as possible to get used to the nuances of his new car and team.

“It’s a different car and it’s obviously a different way of running the car, so naturally you would expect it to feel different as well,” says Vettel.

“I haven’t had that much time yet, but like I said yesterday, I think I still need a bit of time to adapt to all the little things. It’s never one thing that you need to get on top of. It’s a lot of small things that ultimately make the difference.

“I obviously wanted to have more laps this morning. I think we all wanted more laps, but it’s what it is. Hopefully we have a good afternoon now and a good day, a strong day tomorrow to make up some of the lost ground.”

He believes the onus is on him to adapt to his new team’s way of working, rather than making them adapt to him, for the time being.

“At this stage I think it’s more for me to come their way, because obviously they worked on this year’s car already since early last year,” says Vettel. “It’s not that you join and then you tell them what to do.

“The truth is that obviously there’s very little time to change things on the hardware side, et cetera. We started straight away on January 1st and it has been full-on since then.

“Some stuff you change immediately – maybe a layout, in terms of driver comfort, which is important stuff that needs to be addressed immediately – but other stuff is very hard to change within a couple of months. So I think it’s only the beginning.

“I think they’re very capable people, a lot of racing enthusiasts in the team and a good spirit. So I’m happy to join and get it going.”