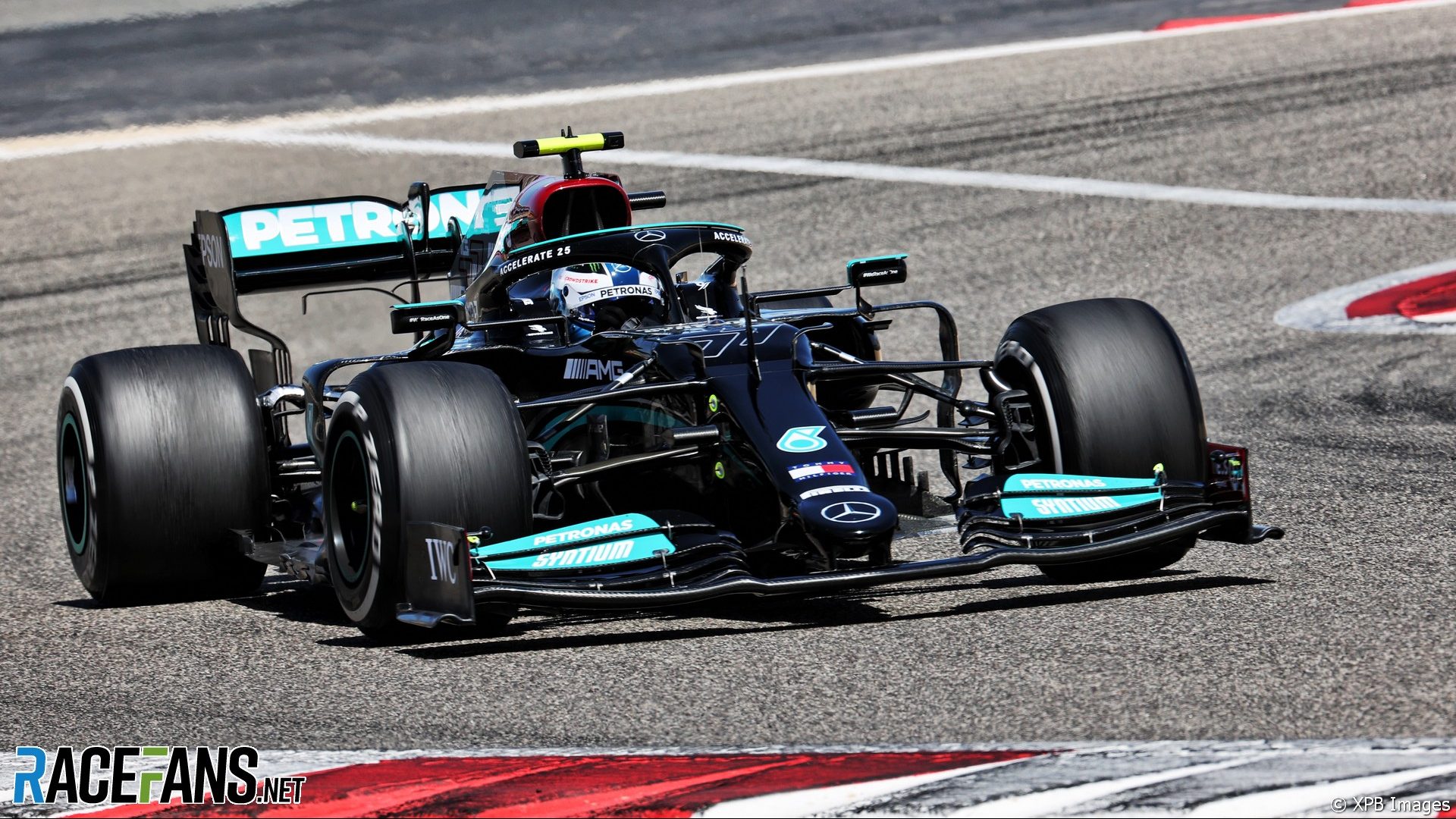 Valtteri Bottas says Mercedes have recovered well from their poor start to pre-season testing, after concluding his running ahead of the first race weekend of the year.

A gearbox problem struck the team on the very first lap of testing, limiting Bottas to just six laps on Friday. Yesterday’s running went better, and Bottas headed the times, and he had another smooth run this morning.

“I feel like we’ve made a decent recovery,” said Bottas after his last run in the W12 during testing.

“I can’t say that we’ve fully achieved the mileage we wanted to get in the three days but actually we’re not that far off. Yesterday I felt like we made 95% at most out of it and today I would say 100%. We had a really solid day today with the laps and quality of the tests.

“So yes, considering what happened on day one, how days two and three went, I’m pleased with that. But now it’s time to turn that data into performance somehow, in the next two weeks before the race.”

Bottas said the team prioritised long runs on Sunday morning. “Some set-up comparisons, again lots of data [collection]. I think we’re making steps forward all the time so that’s good and I want to continue this.”

He is also encouraged by the changes the team has made to improve the balance at the rear end of the car.

“It feels like we’ve made some steps forward. Obviously there’s always more to find and more to gain. But my feeling is we went to the right direction and it felt better.

“I’m still not 100% happy with the car, as you would never be at this early stage of a season. But we keep working, we keep trying to get the balance better, get the car to behave nicer and hopefully, that way, be faster.”

With his pre-season running complete, Bottas said it’s still too soon to judge the performance of the car compared to the team’s rivals.

“It’s just completely unknown where we are at the moment. With three days of testing, with the first day of testing being compromised, it’s so hard to say. But we’re really focussed on our work and trying to be faster and faster.”