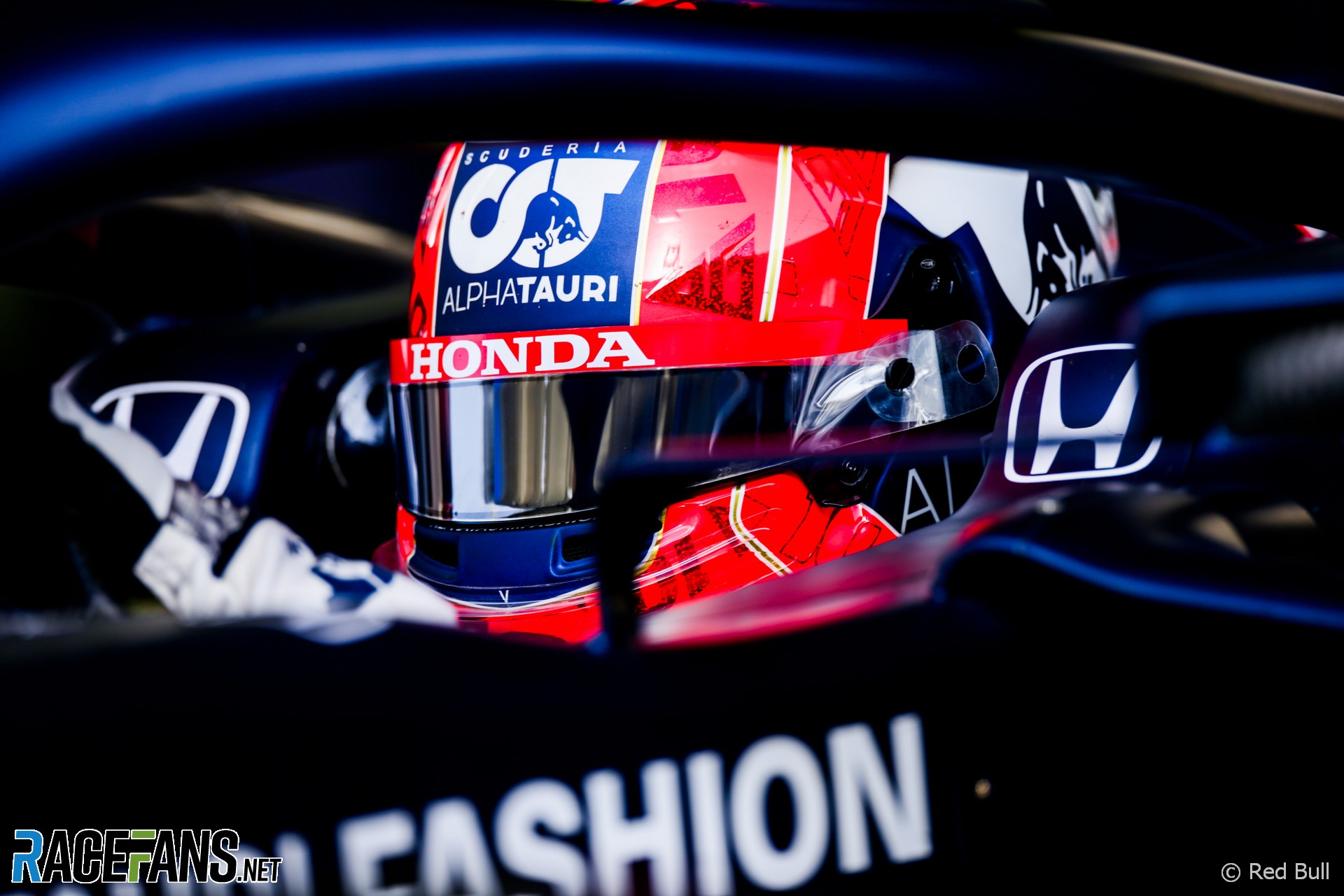 In the round-up: AlphaTauri technical director Jody Egginton says the experience Pierre Gasly gained at Red Bull is paying off since his move to AlphaTauri.

Egginton is pleased with the team’s combination of the experience Gasly and newcomer Yuki Tsunoda for 2021:

For me, coming from the viewpoint of the technical side, [Gasly] is fantastic. He’s a good reference. We work well with him. He’s gained a lot of experience because he’s been elsewhere, he’s come back and we have a good relationship with him. The engineers understand him and he’s a fantastic team player, so that’s good.

Having a rookie on the other side of the garage is also good, to have Pierre there he’s got a good reference and he can support him in any number of ways. He’s got a benchmark, so that’s good as well.

So we’re super-happy to have [Gasly]. As a driver last year he did a fantastic job and he’s still improving and getting better. And he works well with our team. We know each other well enough that it’s a benefit when trying to develop a car and for Yuki it will help him as he tries to develop as a driver. So it’s all good, really, that mix is good. Experienced drivers are always good to have in the team, but we know Pierre and that’s an added benefit.

@F1 @fia Not much evidence of F1’s supposed bubbles in #DriveToSurvive, given all the interactions recorded. So why is the written press still excluded from the F1 paddock? Riddle me this…

Previewing the very first Grand Prix of 2021, the #BahrainGP, with @OconEsteban and his race engineer Josh. Also featuring: one of our 2020 trophies! pic.twitter.com/HCJTwQww2o

"Our goal is to have 250,000 (roughly full capacity for the speedway). That’s what we want to have. It’s outside. We’ve got the biggest stadium in the world here and it’s a matter of where we’re going to be with the CDC and the governor and the mayor, so I don’t have any number that I’d want to hang my hat on."

"AlphaTauri for me looks a much stronger team than Haas to be honest, so I have to finish ahead of them."

"He declined to give details on the progress of talks for new races in Miami and other US cities, saying only that 'our target will be to have two races in the US. We’re working on that.'"

"Formula 1 is quite tight-knit, not many people get to see the driver's side of it. I think that's why I also stream a lot, because people get to just see me."

"Progress in recent years, especially in terms of safety and sustainability, has been absolutely sensational. Motorsport is a dream for many and a freedom we need to preserve."

"I do feel that I am a quick learner yes. Maybe in some areas I do learn quicker than other drivers, but I know that in other areas, a lot of drivers will learn faster than me."

"I’m definitely looking forward to Spa (Belgium). I think it’s one of the most iconic tracks to race at. Suzuka (Japan) as well, it’s a track I haven’t raced at yet. I’ve driven a lot of laps on it in a simulator so it’s definitely one of the tracks I’m most looking forward to on this calendar that I haven’t raced at. Obviously, there are many race tracks that I love, such as Monza (Italy) too."

Is three days too little testing for Formula 1 regardless of the circumstances?

If you take a step back it is pretty ridiculous to have any sport where you can only practice for three days a year.

Simulators and general fitness are fine but it must be strange for the drivers to hardly get any practice outside of race weekends, and even those they want to cut back.
@Glynh