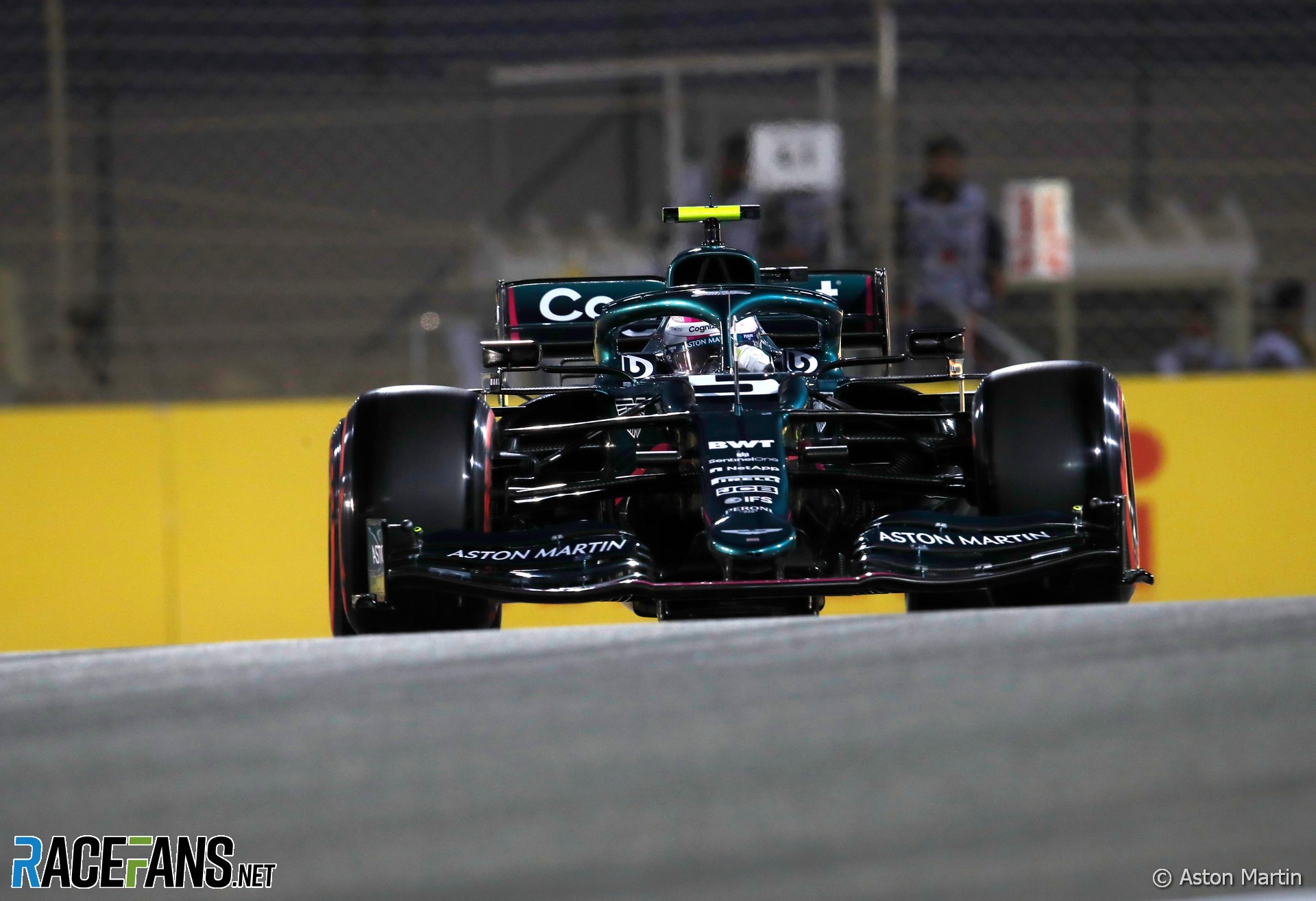 Sebastian Vettel said he was frustrated after a “mess in the last sector” and yellow flags on his final run ended his first qualifying appearance for Aston Martin in Q1.

His final run was disrupted when Nikita Mazepin spun in front of him at turn one, bringing out the yellow flags. Later in the lap he encountered further yellow flags when Carlos Sainz Jnr slowed with an engine problem.

Vettel’s preparation for the final lap was disrupted when Mazepin overtook him and several other drivers approaching the final corner.

“It was a mess in the last sector warming up,” said Vettel. “I just made it across the flag by less than a second and then I had two yellow flags, so not much you can do at that stage.”

Previously drivers have informally agreed not to overtake each other immediately before beginning a flying lap. However Vettel offered no criticism of the rookie’s driving.

“In the end I think the trouble is that we have to run so slow to get the tyres where we want them to be,” he said. “So with that amount of cars on the track, it’s going to be a mess. Obviously, nobody expected it to be that bad.”

Vettel’s team mate Lance Stroll made it into Q3 and will start the race from 10th on the grid. “Certainly I think there was potential to be a lot faster,” said Vettel.

Speaking while the session was still going on, a phlegmatic Vettel said he felt upset about the outcome, even if he didn’t show it.

“If I panicked now, would it help? Or if I was really upset? For sure, I’m upset and angry that it wasn’t our fault, in a way, not to make it through. But we have to take it and do what we can, preparing tomorrow.”

The stewards were satisfied Vettel reacted appropriately to the yellow flag and confirmed they will take no action against him, as well as Stroll, Esteban Ocon and George Russell, who passed the same flag.