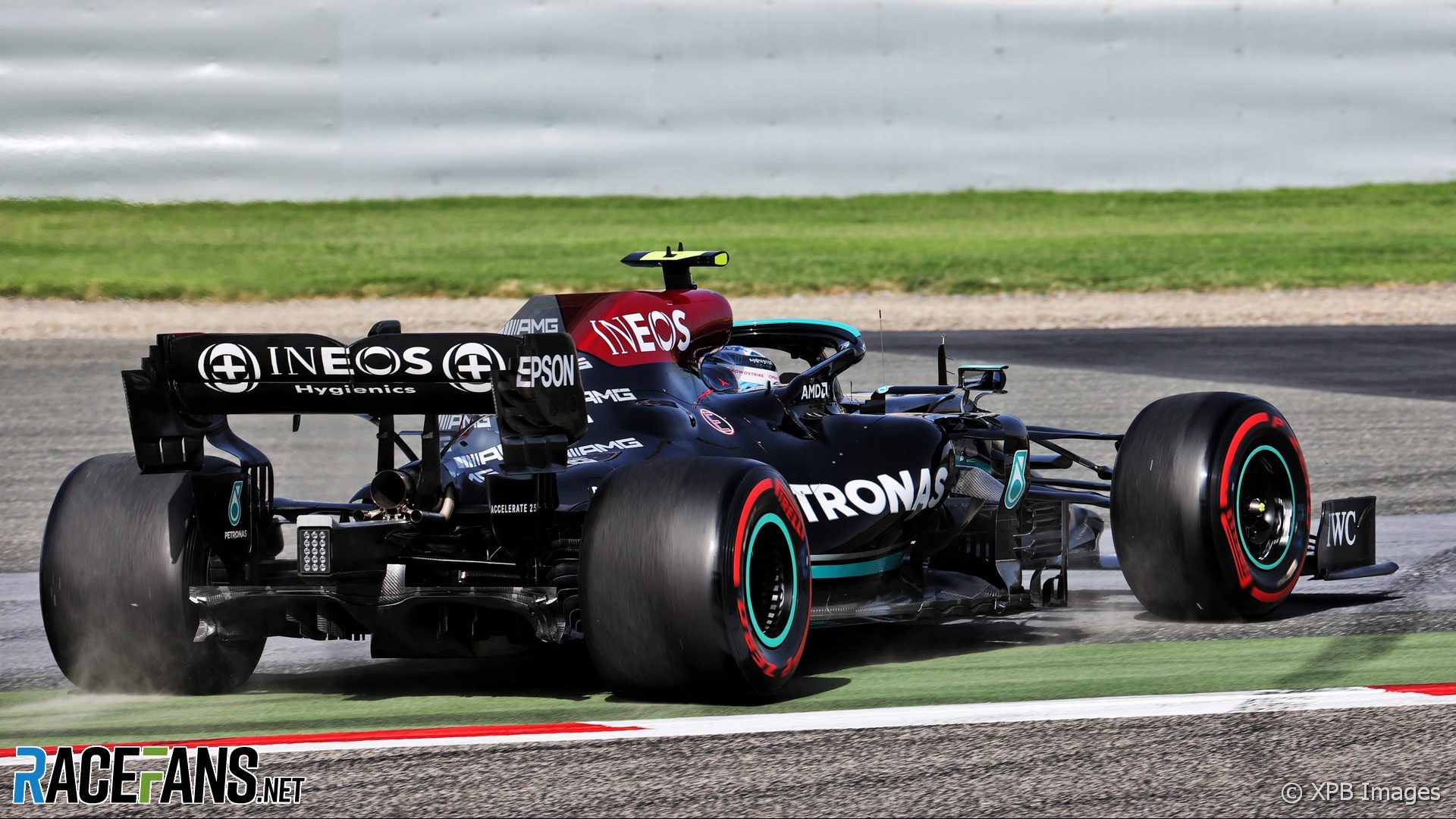 Mercedes say their new car is much harder to work with than its predecessor, and tried to make it more forgiving to drive for the first race of the season.

“It’s disappointing at the first race to be looking at a 0.4s gap to pole,” said the team’s trackside operations director Andrew Shovlin, “but at least we know the performance we need to find going forward.

“It’s also no secret that we’ve been struggling with the car around this circuit. It’s nowhere near as easy to work with as the W11 but everyone in Brackley and Brixworth has been working hard since the test and we’ve learnt a lot about the W12 and found a more predicable balance, even if we’re lacking overall pace.”

Despite not having the quickest car in terms of outright pace, both drivers were able to qualify on the harder medium compound tyre, ensuring they won’t be at a strategic disadvantage to pole-winner Verstappen. However Shovlin is unsure how competitive they’ll be in the race.

“It’s hard to read where we are on race pace from the Friday long runs as we didn’t land the car in the right window but we’re fairly confident we’ve improved the rear grip so it will be less of a handful in the race. We might not be on pole but we have two cars at the front and an extra set of the hard tyres, so hopefully we can create some opportunities from that.”

Hamilton warned Red Bull will be “very strong in the race conditions” on Sunday. “I’d like to think that we can close up a little bit, but I think they’ve still got at least two tenths in hand.”

The team suspect rules changes during the off-season cutting back the size of their rear floor has hit them harder than Red Bull. Mercedes run a lower rake angle than their rivals, meaning the rear of the car is closer to the ground, and therefore more susceptible to changes in this area.

However Bottas suspects Red Bull’s advantage is due to more than just the difference in rake angles between the two cars:

“I don’t know the facts exactly how Red Bull’s cars’ aero philosophy is, for sure it’s higher rake, but how much that’s going to be affected with the new regs?

“I think they have a really strong package overall. Their power unit, their chassis, their aero is good. They’ve done a good job over the winter and we need to do a better job.”