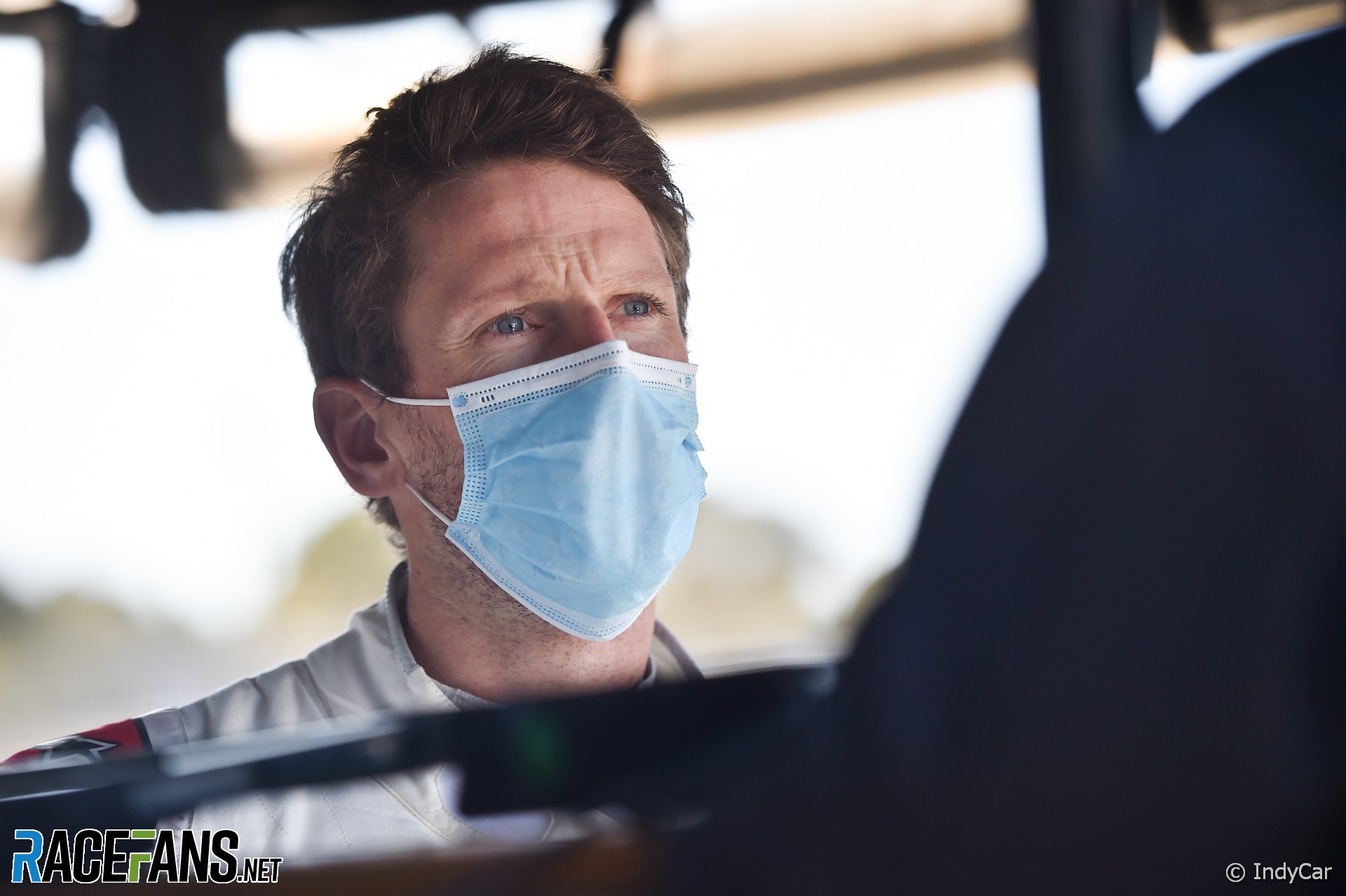 Romain Grosjean conceded it is partly his fault he never had the chance to drive a championship-winning car during his Formula 1 career.

The former Haas driver, who will make his debut in IndyCar this weekend, raced in Formula 1 from 2009 until last season. He spent two years away after making his debut with Renault, returned with Lotus, then joined Haas in 2016.

Reflecting on his career in a recent interview Grosjean said he was “happy” with his spell in F1, which yielded 10 podium finishes, the last of which came six years ago. “You can’t stay 10 years in Formula 1 and not be happy about it,” he said.

“Did I regret that I never had the car to win races and championships? Yes. But was it in my hand? Probably a bit. Also probably not.”

His most competitive spell in F1 came in 2013, his second full year in the sport. But his Lotus team suffered a dire 2014, which he described as “one regret” of his career.

“Coming [after] such a strong end of 2013, the team was in a difficult situation financially, change of regulations in the engine, it was going to be a problem to get it working. When you’re going up like this [and] you end up having the worst car on the grid, it’s complicated to get a good seat.”

Grosjean joins Jimmie Johnson and Scott McLaughlin – multiple champions in NASCAR and Australian Supercars respectively – in making the switch to IndyCar this year. He’s relishing the opportunity to compete on a level playing field with them and the series’ top competitors.

“I think it’s a great series where you’ve got top drivers, top level, top races,” he said. “You get a chance to pretty much have the same tools as your friends, competitors.

“Formula 1 is wonderful. It’s great. But, I mean, I’m putting money on the fact that Lewis [Hamilton] is going to be eight-time world champion this year.

“I’ve really enjoyed my time there. I’ve had a great career. But also I was at the end of what I wanted to do there. Fighting with Haas to [get] out of Q1 when everything was fantastic is something that I had enough [of]. It was no real fun.”

Moving into IndyCar gives Grosjean his first realistic shot at winning a race for “10 years”, he believes.

“The last time I got really the chance to have the same tools as the others was 2011 in GP2. I was close to win a few times in Formula 1, but I was also in the era with Raikkonen and Vettel who dominated everything. I was close few times, but not on an every-race basis.”

Grosjean’s participation in this year’s IndyCar season is limited to the 13 road and street events on the 17-round calendar, though he has indicated an interest in competing in the final oval round at Gateway. Beyond that, he isn’t sure whether he will commit to IndyCar beyond this year.

“I don’t have a direct answer,” he said. “I can only tell you what I suspect. If I enjoy my time in the US, I can do a great job, I feel like this is what I want to do and I can race well and do my job properly, in a nice way, I would definitely stay.

“At the minute it’s a challenge that I’m taking on a lot of aspects. It’s a new category, a lot of travel for me. My family is staying in Europe. Sometimes I’m going to be maybe a month without seeing them, which is quite hard when you’re a dad.

“But I’m ready to try it. As I say, if everything goes well, I really enjoy myself, I’ve got great opportunities in the future here, I’m more than happy to bring everyone over and to enjoy a few years here.

“I’m 35 so I still have some time for racing. Seems that the guys, Scott [Dixon] is 40, Will Power just turned 40, Sebastien [Bourdais] is 42. They still do really good and go racing. I still see that I’ve got some years left. As I say, if I enjoy myself here, what I came looking for, I may stay.”