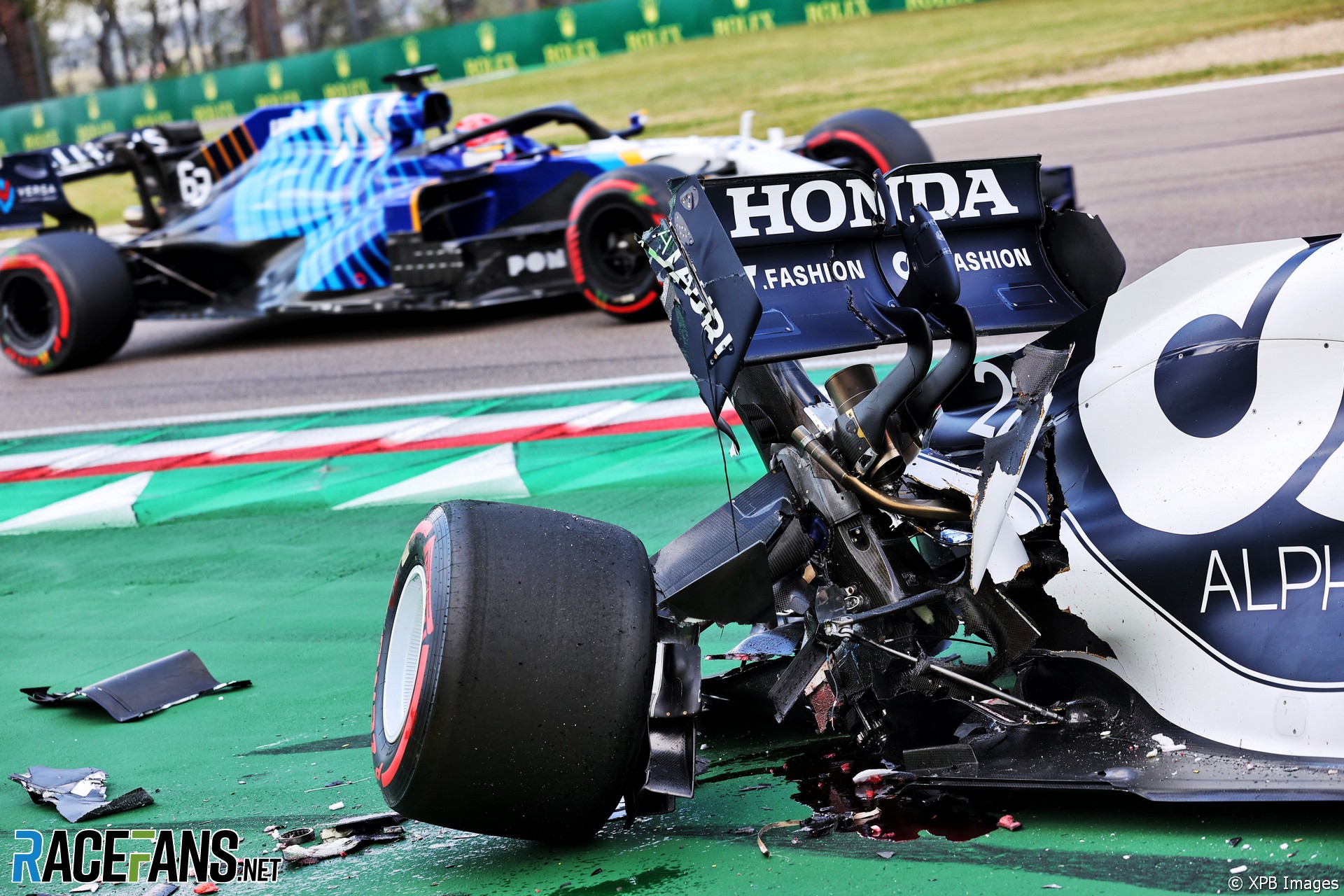 AlphaTauri technical director Jody Egginton says that Yuki Tsunoda’s qualifying shunt which doomed him to a back-row start for the Emilia-Romagna Grand Prix is a “part of the rookie journey” in Formula 1.

The Japanese driver lost control of his car at the Variante Alta chicane on his first flying lap in qualifying, spinning into the tyre barriers and destroying the rear of his AT02.

Egginton says that he has “no doubts” that Tsunoda would have reached the final top 10 shoot-out in qualifying had it not been for his session-ending error.

“Unfortunately, Yuki was a little bit too… I think his words were ‘excited’ and he got a bit greedy on the throttle and spun the car around and smacked it into a wall,” says Egginton. “But I have no doubt he could have featured in the top ten given his performance up to now here.”

The damage to Tsunoda’s AT02 was extensive, despite the relatively low impact speed of the collision.

“The gearbox broke in half, so that’s finished,” said Egginton yesterday. “Power unit – we’re having a good look through now and see what’s gone on. And rear suspension, rear wing, et cetera, bodywork. But the chassis seems okay at the moment. So not too bad, but it’ll keep the mechanics busy tonight and tomorrow morning.”

The error had major consequences for Tsunoda’s weekend, but Egginton said it was an uncharacteristic mistake by the newcomer.

“I think it’s fair to say he’s been reasonably measured up to now,” said Egginton. “The lap started well – he was not wayward earlier in the lap or doing anything that was ridiculous. He’s just got on the throttle a little bit early over the kerb and it’s all gone away from him.

“I think it’s just one of those things that happens with a young driver when early in their career. I think any of these guys have all had these incidents. So I don’t think it’s a trend of him pushing too hard and going over the top. It just got away from him today.

“In hindsight, he probably could have taken a bit more margin. But that’s part of the rookie journey, isn’t it?”

AlphaTauri showed strong pace over the opening two days of the weekend and Pierre Gasly secured fifth on the grid. Egginton says the team will take an aggressive approach this afternoon to maximise their points-scoring potential.