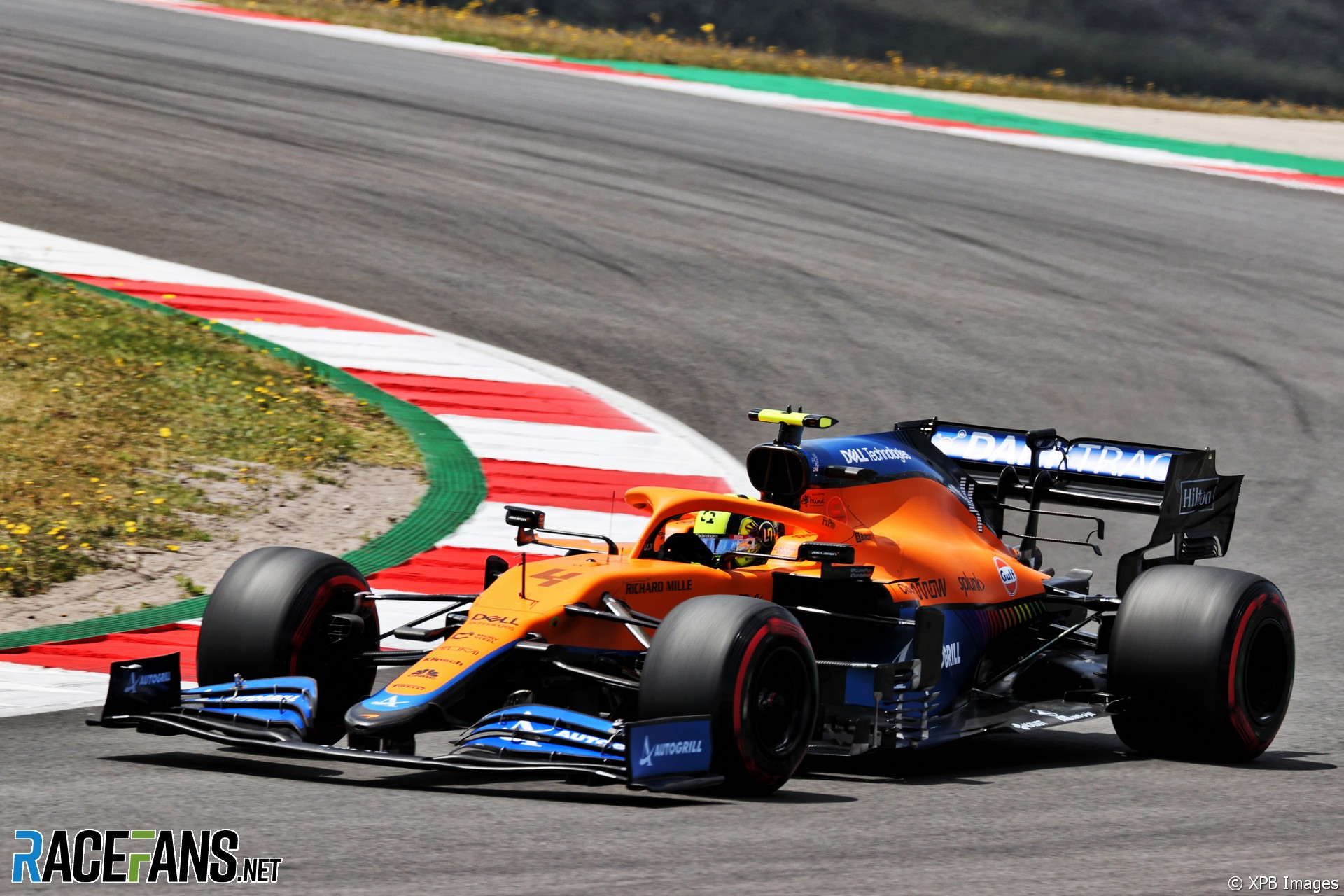 Lando Norris said he could have qualified on the second row of the grid had it not been for traffic on his final qualifying run.

However the McLaren driver was pleased with his qualifying position of seventh. “[It’s] better than we were expecting coming into today, so I’m happy,” he said. “I feel like I did a very good job with my laps, especially Q2, I felt like I really nailed it.”

He said his final run in Q3 was compromised after Sebastian Vettel ahead of him slowed to allow Max Verstappen past.

“It was just Q3, run two, where as I came over the hill I couldn’t see the Aston and I had a good gap at the time. But then he let Verstappen past round the last corner, which put him a couple of seconds further back and then I was just way too close to him.”

Verstappen, who passed the pair of them, furiously criticised Vettel and Norris after his final run in the session. Norris said traffic is an occupational hazard at the hilly Autodromo do Algarve.

“It’s a bit of a punishment of Portimao, not being able to see much around here,” he said. “But I definitely could have been maybe fourth on the grid today, so I’m a little bit annoyed about that.

As team mate Daniel Ricciardo went out in Q1, Norris’ result was the high watermark for McLaren in qualifying. He said the team’s overall improved pace was a good sign, and it was rewarding to be fighting for higher positions.

“I think we did a good job to get into Q3, it was tight, but we’re definitely fighting for higher positions now, which is a nice thing.”

Norris was more than a second quicker than Ricciardo in Q1. He suspects his team mate is discovering their car is more complicated to get the best out of than others.

“The car’s maybe a little bit more tricky to drive than than some others. Not all of them, but just some. And that’s not too nice as a driver.

“But the car’s fast so it’s good to see the progress we’ve made.”