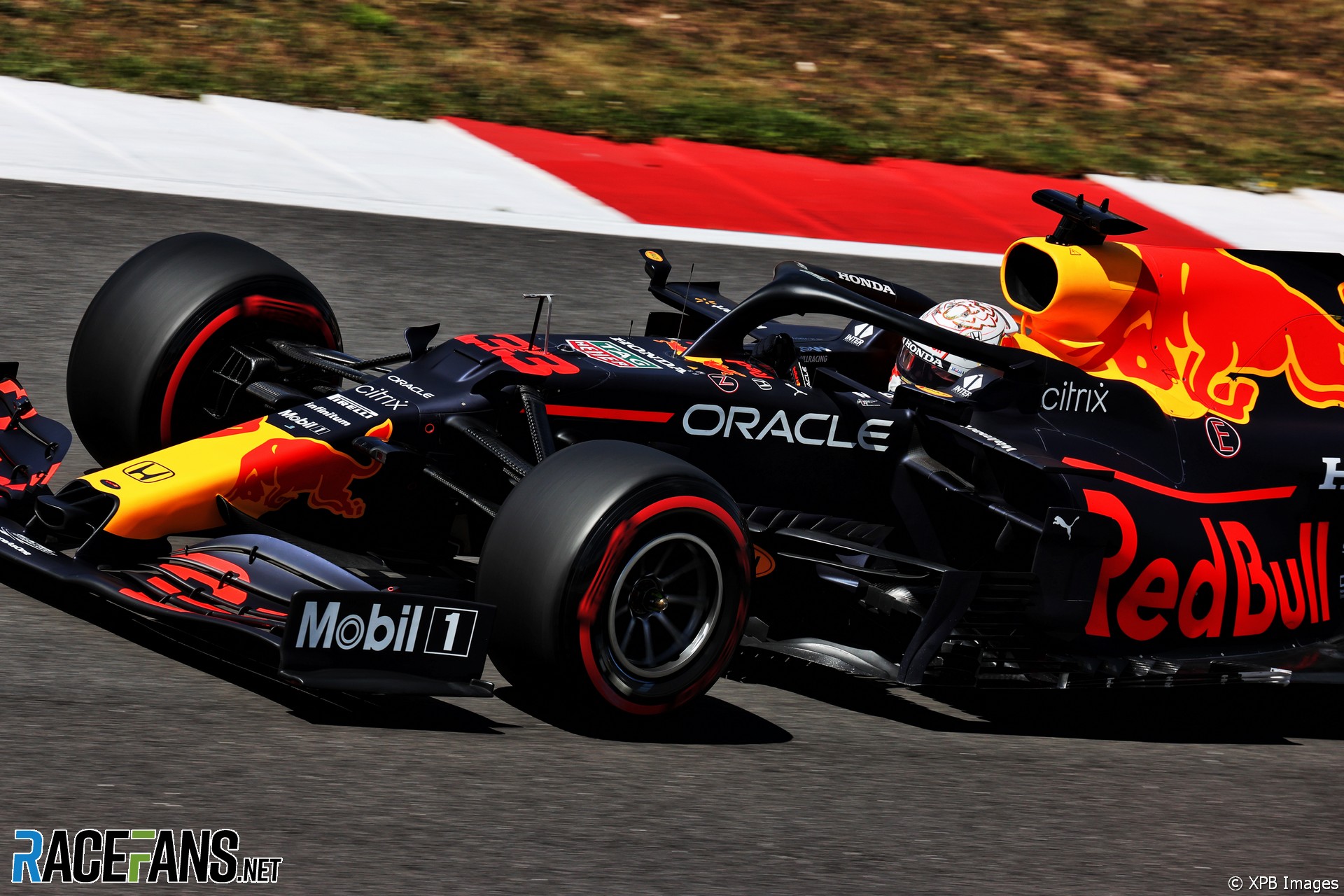 Max Verstappen says he hasn’t enjoyed a single lap of the Autodromo do Algarve this weekend, because of the new surface which was laid last year.

The Portuguese track was repaved ahead of Formula 1’s first race at the circuit in 2020. The condition of the surface has changed little in the six months since then.

Verstappen said his car’s handling has felt “hit and miss” all weekend and the team were “struggling a lot to find a balance.”

“I didn’t enjoy one single lap this weekend just because of the state of the track,” he admitted. “The layout is amazing but the grip we are experiencing, I don’t think it’s nice. I know it’s the same for everyone but for me personally, it’s just not enjoyable to drive.”

The lack of improvement in the grip at the circuit came as no surprise to Verstappen after he studied the performance of the bikes at last weekend’s Moto GP race.

“I checked the Moto GP times and they were the same already,” he said. “Of course they have a little bit of a different front tyre.

“But in general it’s just poor. I remember coming here last year before the grand prix and it was really, honestly, top three of my favourite tracks. But then they changed the Tarmac and for me I don’t enjoy it any more.”

Earlier this week Formula 1 confirmed Turkey’s Istanbul Park circuit, which the championship also raced at following a resurfacing last year, will take the place of the Canadian Grand Prix in June.

“I don’t even want to think about Turkey,” said Verstappen in the FIA press conference.

“It’s going to be horrendous,” agreed Lewis Hamilton, who also criticised the limited grip at the Algarve.

“I don’t really understand, I don’t know what they do to make it worse,” he said. “But Turkey used to have good grip and obviously the last time I went there we had none. And we’re finding we’re going to more and more circuits that seem to be changing the Tarmac that they’re using.

“So it’s not that great when we’re struggling for grip, that means it’s harder then to follow, and so then it has that knock-on effect. So we would ask for the good stuff back.”

20 comments on “Verstappen: New surface ruined Algarve, I don’t even want to think about Istanbul”