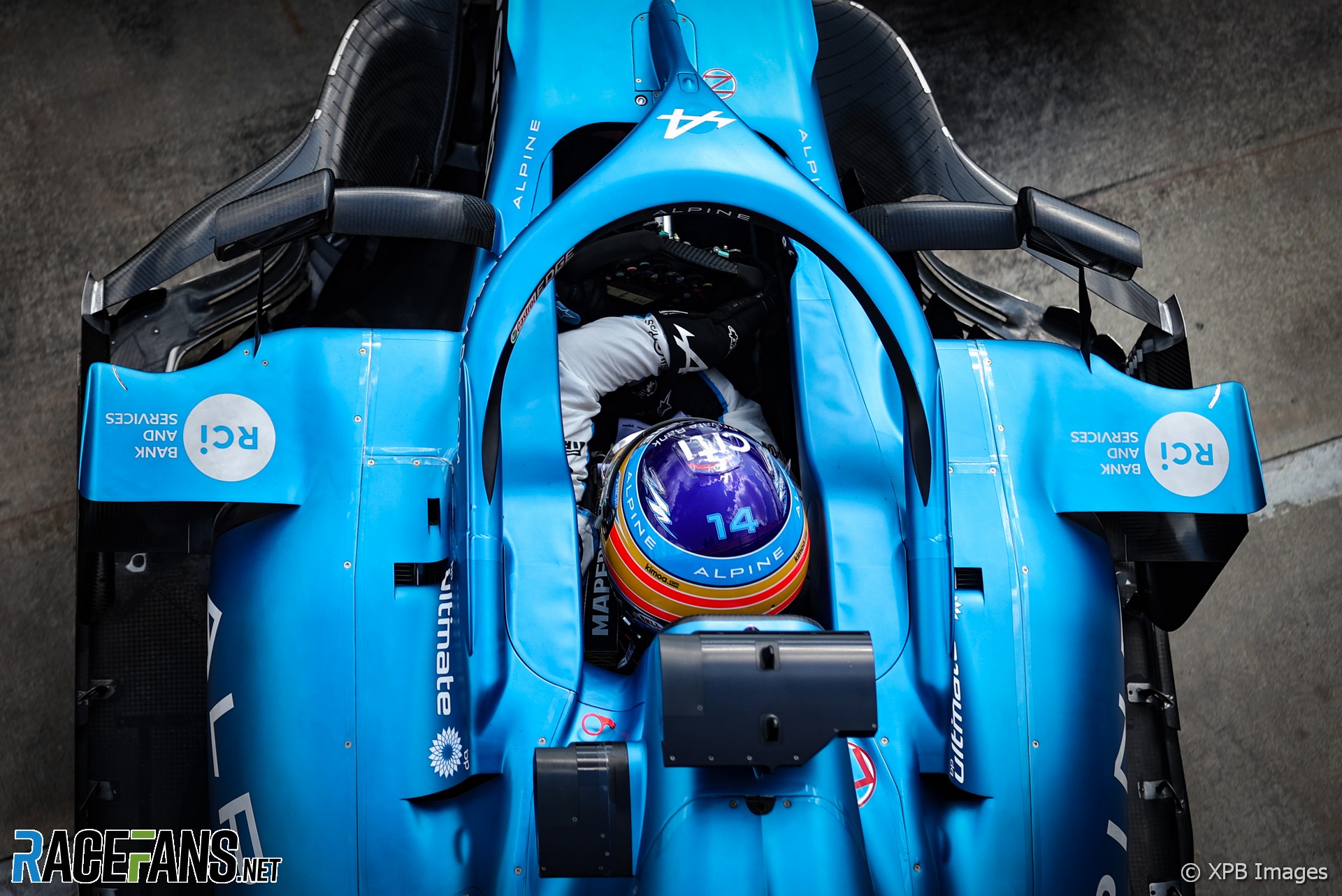 Fernando Alonso says he must raise his game in qualifying as overtaking will be especially difficult at the next two circuits F1 visits.

The Alpine driver reached Q3 on his return to F1 in Bahrain, but team mate Esteban Ocon was the only one of the pair to qualify in the top 10 at the last two races.

Alonso gained five places in each of the last two rounds to finish in the points. But he said that will be harder to do at the Circuit de Catalunya, scene of this weekend’s race, and the following round in Monaco.

“The main focus obviously for us is Barcelona and Monaco, the next two, in my case, personally, even more because I need to get better and more comfortable with the car, especially in qualifying,” he said after Sunday’s race at Autodromo do Algarve.

“We had a good car here and I didn’t perform on Saturday. If that happens in Barcelona or Monaco, my weekend is very highly compromised. So I cannot afford that and I will try to be more prepared next time.”

Last year, when the team raced as Renault, neither of the its drivers reached Q3 at the Spanish Grand Prix.

“It was very difficult last year for the team,” said Alonso. “So we will try to get better. We try to learn from from whatever problems they faced last year.

“As I said, the next two tracks, the qualifying is quite important because the race is a little bit harder to overtake than here in Portimao. So we will focus a lot on on this and preparing the weekend the next three days.”

Alonso believes his deficit in qualifying is not simply coming from a lack of practice getting the most from the soft tyres, but reacting to changes in track conditions during the session.

“There is some homework to do for everybody,” he said. “For me, some extra I have to do to get better on Saturday.

“It’s not [just] extracting the maximum from the one-lap tyre because in FP2, FP3, you put the soft [on] and you do one lap – it’s not that you do more than that – and the timed lap and the performance was there.

“It’s more about the changeable conditions in quali: If it’s less grip, more grip, if it’s windier. Whatever changes on track, I need to be ready and understand it quickly in the out-lap already. I don’t have time to do more laps in Q1 or Q2.

“So there are things that I need to speed up and it’s very important to do it in Monaco and Barcelona.”

11 comments on “Alonso: I can’t afford to qualify poorly again at Catalunya and Monaco”