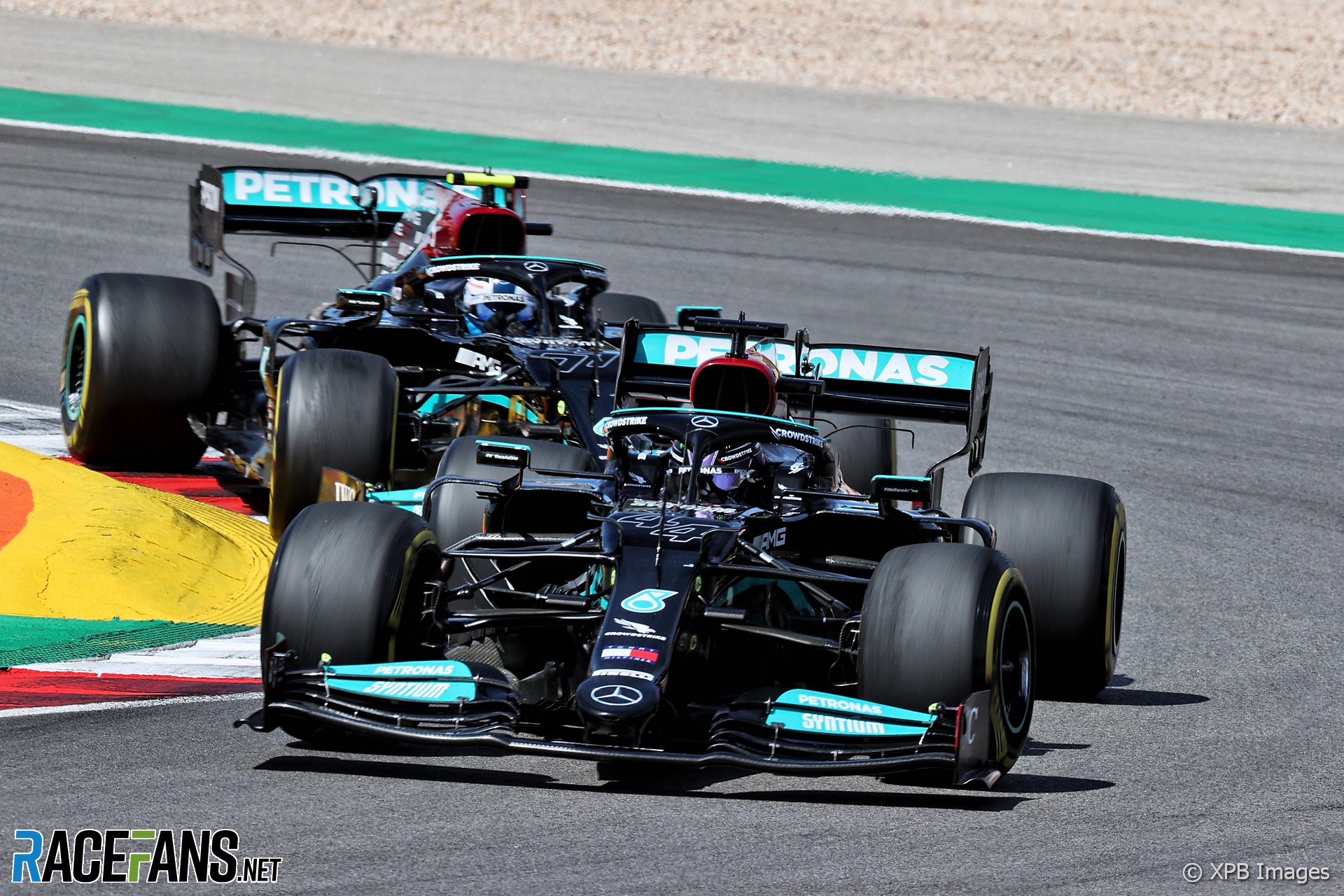 Valtteri Bottas expects to run the same aerodynamic set-up as his team mate this weekend after the pair raced different rear wings in Portugal.

At Autodromo do Algarve, where Bottas qualified on pole position but slipped to third place in the race, he ran a steeper rear wing with a single support pillar. Lewis Hamilton, who took victory from second on the grid, ran a slimmer rear wing with two struts.

Bottas expects a single solution will be used on both cars for this weekend’s race at the Circuit de Catalunya.

“I think this weekend we’re planning to run the same set-up in terms of rear wing and everything,” he said. “And I think for this track we have a pretty good understanding what should be the optimal for both. So I think from that side it is OK.”

The pair headed the times in today’s second practice session, Hamilton ahead by a tenth of a second.

Mercedes has been unbeaten in qualifying at the Circuit de Catalunya since 2013. But Bottas expects a close fight for pole position tomottow.

“Tonight it’s the usual thing,” he said, “trying to fine-tune the set-up as best as we can because every millisecond we can find we know is going to help in the quali.”

“It seems close,” he added. “The Ferrari was pretty good today. You never know.

“But I think we should still keep focussing on our performance and trying to get maximum out of the package and hopefully we can be ahead. We just focus on ourself and especially for me personally, focus on my work.”