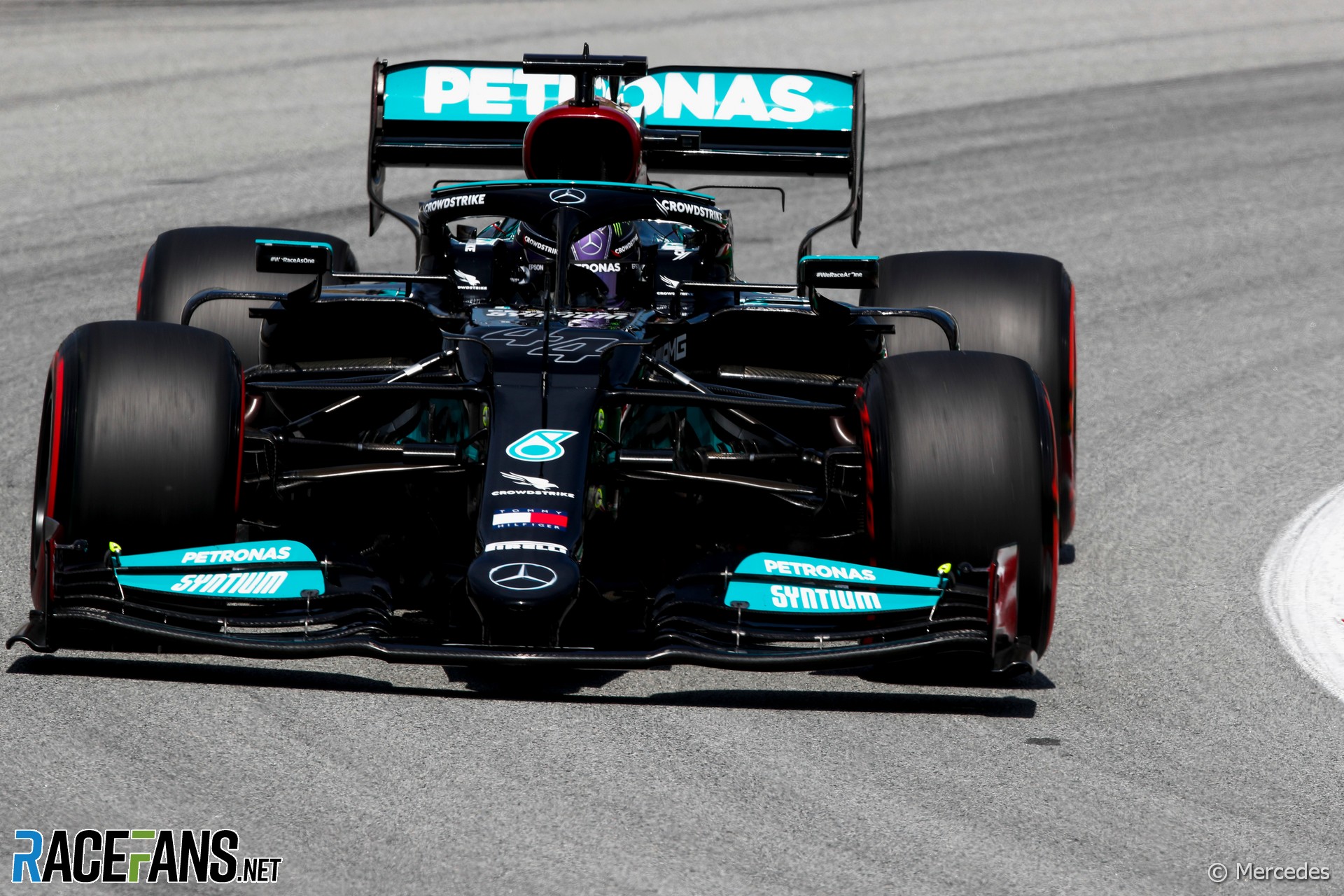 Lewis Hamilton says Mercedes’ car wasn’t quick ‘out of the box’ at the Circuit de Catalunya, but they have made progress with it.

Mercedes were quickest in both sessions on Friday, Hamilton in the afternoon while team mate Valtteri Bottas topped the first session. Hamilton was nudged down to third-fastest by Max Verstappen in the morning session, after the Red Bull driver set a late fast lap.

Hamilton said he’d had “a good start to the weekend” in Spain. “The track’s awesome and balance is similar to what we’ve had in the last race. So it looks close, but it looks like we’ve got a decent pace today.”

However he said the car hadn’t been quick from the word go. “Oh, no. No, we have to work at it. It never comes out easy and I don’t think with this car it’s ever going to be the case.

“But we understand the car and we know which direction we need to go, balance-wise. So we made some tweaks along the way. I don’t know if it got better for this session necessarily, but there was some findings there so I’m hoping to, once we can analyse these two sessions, hopefully have better set up for tomorrow.”

Today’s running gave drivers their first chance to experience the revised turn 10 at the circuit. Hamilton said he didn’t entirely understand the reason for the changes, which has made turn ten faster.

“It’s not as grippy as the other surface, but I think it will build up,” he said. “I don’t really understand what the point was of the corner.

“I think it’s a lot, lot faster. But I’ve not been in a racing scenario with it [yet], so I can’t tell you if it’s going to be better for racing or not.

“The one before obviously was a dead stop, that was one other spot that you could potentially overtake but the straight was too short. So I don’t know.”

He said possibly the reprofiled corner would help keep cars closer together when they arrived at the pit straight later in the lap. “Hopefully, maybe it will allow us to follow closer maybe through that last section. And if it does, that means we can race better down the main straight.”