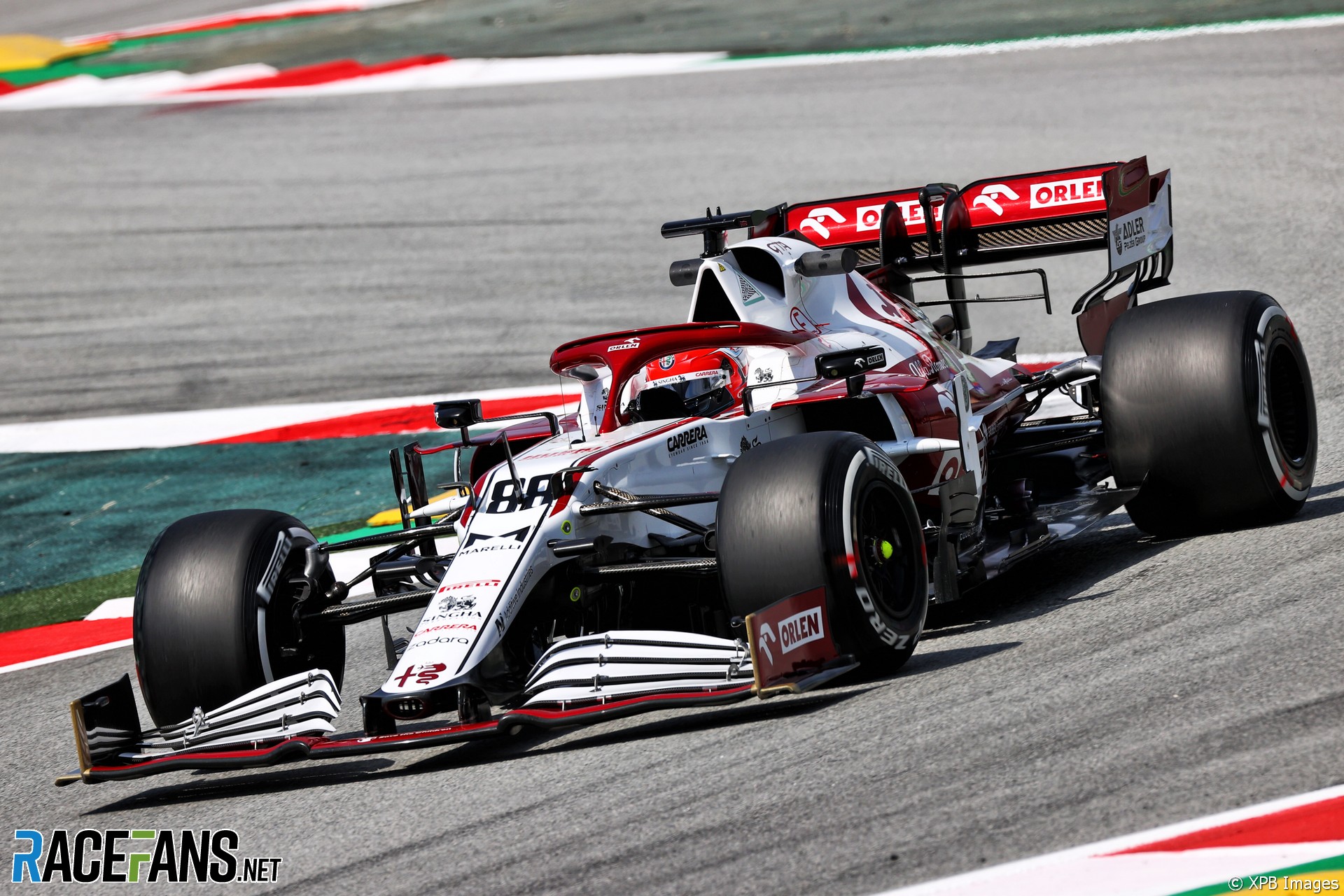 Robert Kubica apologised to Alfa Romeo after spinning into a gravel trap 17 minutes before the end of first practice at Circuit de Catalunya.

The team’s reserve driver, who was already familiar with their C41 chassis from a pre-season filming day at the same circuit, was making his first appearance in their car in an official session this year. He went off at the revised turn 10 at the Spanish track, where his car became stuck.

“Unfortunately I misjudged a bit the grip level I would have with the soft tyres,” said Kubica. “I had a spin entering the corner – actually entering, I was just on the limit of the grip and then the car snapped and unfortunately I was stuck in the gravel trap.”

“It’s never easy,” he continued. “I have been driving on full pace six months ago [but] the first runs with hard tyres were not easy for warm-up. And also the feeling in the car was not as great as I was expecting. We were trying some some things and then the feeling was not as great.”

Kubica was driving Kimi Raikkonen’s car during the session. Despite the incident, Raikkonen was able to take part in second practice.

“But still, I apologise for a mistake,” said Kubica. “It is never easy when you have such a short time and I paid quite a high price for a small mistake, but that’s how it is.”

Kubica will return to the cockpit next weekend to assist with Pirelli’s development of new, 18-inch tyres for the 2022 F1 season.

“Next year is a big challenge from a team and regulation point of view,” he said. “The team has to design completely new cars.

“Everything will be different and especially also the tyres, Pirelli is going to 18-inch tyres. So it will be another big step, the tyres are playing a very important role in motorsport, especially in Formula 1. So it will be interesting.”