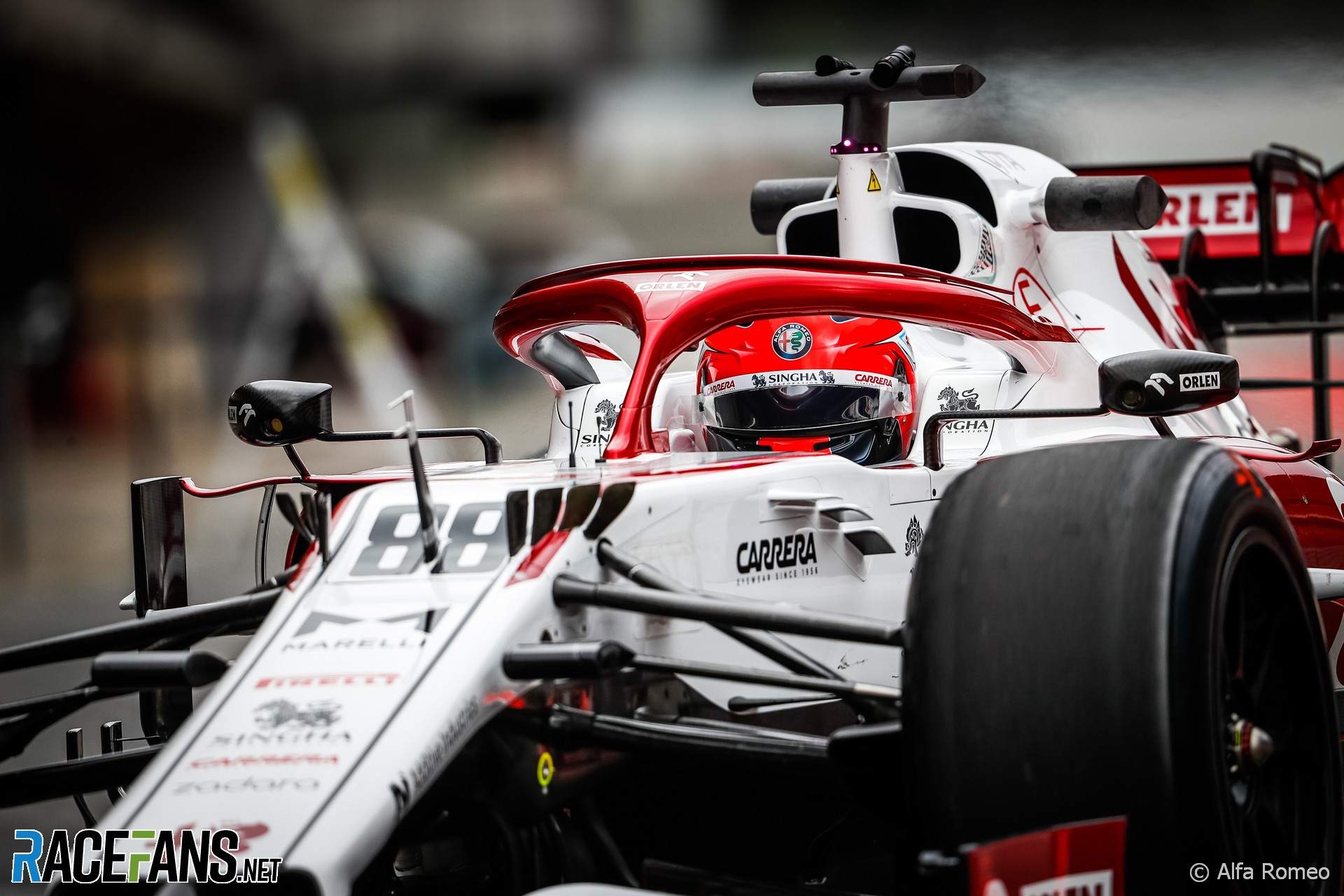 In the round-up: Robert Kubica was satisfied with his fitness after two days of testing for Alfa Romeo this week.

Robert Kubica has been testing Pirelli’s 18-inch tyres for two days at the Circuit de Catalunya this week to gather data for the tyre supplier. Having only driven a single practice session and 100 kilometre filming day in an F1 car this year, he said he was pleased to be fit for so much running.

“Quite busy today really,” said Kubica after the test concluded, “also productive. It’s always interesting to discover new features and tyres are very important, in motorsport, especially Formula 1 and this was the first test, for our team, with 18-inch wheels.

“[It was] a lot of miles, a lot of laps, a lot of data, so our tyre department will have a lot of things to analyse, to look at data, to come to some conclusions.

“I would say it’s been a productive but also tough two days. I haven’t been in the car for six months, apart from last Friday and to do two full days, at such a difficult track – the fitness demands of a track like Barcelona, it’s been nice to see that although I am getting old, I’m still able to do it.”

Silverstone have announced there will be a new grandstand at Chapel for this year’s British Grand Prix. Although attendance restrictions are yet to be confirmed, with previous grand pris this season happening behind closed doors or with very minimal numbers of fans, tickets are currently on sale for Silverstone, including at the new grandstand.

The new grandstand will offer views of Maggots, Becketts and Chapel, as well as further-away line of sight to Village, the Loop and the Wellington Straight. Tickets are available as a three-day weekend booking or for Sunday’s race day only.

Like McLaren, Alfa Romeo are not done working on their 2021 car. The team is one of three, along with Haas and Williams, yet to score a point this season.

Speaking after the Spanish Grand Prix, chief race engineer Xevi Pujolar said: “We still are pushing for some upgrades and we’ll have some new parts in the next few races. So definitely, we are willing to close the gap, we are willing to fight with the teams that are ahead, to see if we can reach the top 10.”

Paul founded Ilmor Engineering alongside Mario Illien in the 1980s, going onto become a key player in Mercedes' success in F1 and IndyCar in the '90s.

"The Victorian government would have to dramatically relax quarantine restrictions for Formula One teams, and almost certainly rely on the Brazilian Grand Prix being cancelled, for the Australian Grand Prix to go ahead in November, epidemiologists say."

"Trident’s Jack Doohan carried over his form from the opening round of the season, leading both the morning and the afternoon stint on the opening day of testing in Jerez. It was the Trident racer’s morning tour that finished at the top of the timesheets, with a time of 1:29.625 enough to beat out teammate Clement Novalak and ART’s Frederik Vesti."

"The transformation into a zero-emission company, he added, nwas 'going to be faster, and probably that 2039 scenario is the most conservative scenario that we are looking at in the different plans we are discussing'."

"The former Formula 1 driver is the perfect fit for chair. He loves the culinary arts, actually contemplating becoming a chef after losing an F1 ride early in his career. He also knows the value of a track’s medical team after a fiery crash at the Bahrain Grand Prix in November."

Mercedes figured out what was going wrong with how their low-rake design was being affected by the rules changes after Bahrain. They then proceeded to develop the car, finding various marginal gains. Red Bull (for once) did an excellent development job in the off season and arrived with at Bahrain with a car slightly faster than the Mercedes.

This is no longer the case. That’s why Verstappen seemed so annoyed after quali in Portugal. “Where the hell did my margin go?” I could almost hear it, the body language was so clear.

Mercedes are still taking Red Bull seriously because the latter are so good at in-season development. The margin Merc has right now will evaporate in a race or two as Red Bull figure out what’s making the car so twitchy and hard on the tires during a race. This will return Perez to the front, finally giving Red Bull the devastating one-two strategy punch of an ascendant driver backed up by an extremely good one that Merc has had since Bottas arrived.

This is the secret sauce that allows Merc to exploit any opponent’s strategy mistake (and remove most strategy options) with devastating effect. Another team able to field such a duo will neutralize this critical advantage.

So, in my opinion, in spite of Hamilton’s superb start to the season, it ain’t even close to over yet.
D. Scott Johnson

32 comments on “Kubica: ‘Although I’m getting old I can still do it’”