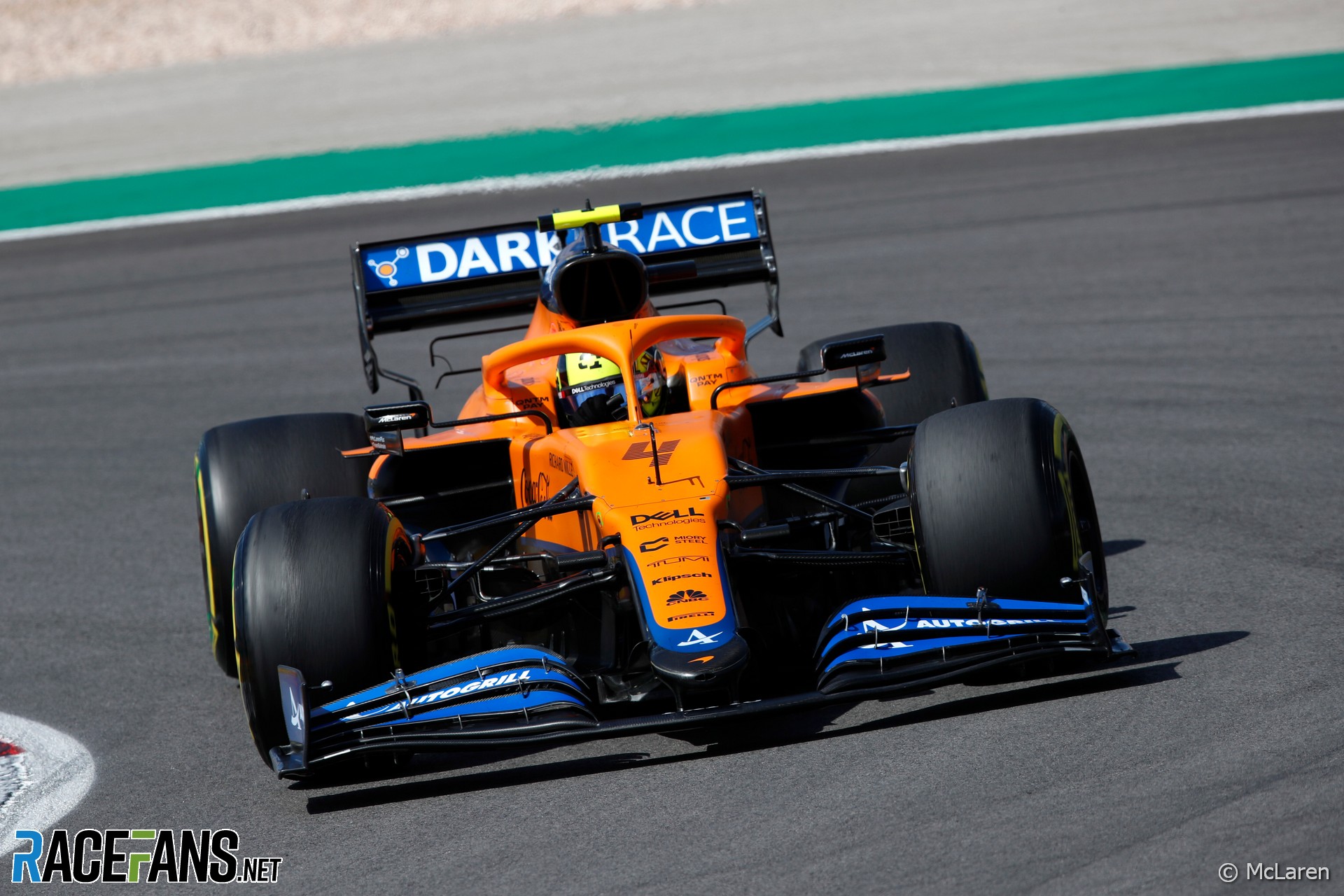 Lando Norris says he isn’t troubled by the fact he hasn’t been able to improve his lap time during the final phase of qualifying in recent race weekends.

The McLaren driver has reached Q3 at all four rounds so far this year. However in the last three races he has set his fastest qualifying time in Q2, and failed to improve during the shoot-out for the top 10 places on the grid.

Norris said he encountered different setbacks at the end of qualifying in each of these rounds.

“I don’t think my qualis have been too bad,” he said in response to a question from RaceFans. “It’s been mainly Q3. My Q1s and Q2s have been very good, Q3 run ones have often been very good, but then Q3 run two is often where it’s going a little bit downhill.

“But it was all for kind of different reasons. It’s not because I’ve not been able to put laps in or put it together or anything like that. [In Spain] I had damage on the car, Imola was going off the track, Portugal was going too early and getting caught behind the Aston. All of them have been a bit different so I’m not too worried about it.

“I think if something started repeating itself in Q3 then I think there’s a clear thing to work on. But at the moment, it’s always been a different reason and Q1 and Q2 have always going very well. So I still have the confidence when we put it together in Q3, everything’s fine.”

After qualifying ninth for the Spanish Grand Prix, Norris said he was compromised by having to use an extra set of new tyres in Q1 after being held up by Nikita Mazepin.

The team subsequently discovered he also had damage on his car during his final run, Norris revealed. “I ran wide at the exit of turn nine on my Q3 run one lap which was on a used, still relatively new tyre,” he explained. “But then on the new tyre, the damage kind of cost me a bit. So not ideal.”

His team mate Daniel Ricciardo is confident he can avoid a repeat of his elimination in the first round of qualifying during the third round of the season in Portugal.

“I’ve already had my Q1 experience this year, so I’m not going to do that again,” he said. “It’s only up from here.”

“Certainly Barcelona was better for me,” he added. “That I think I’ll try to carry into Monaco.”