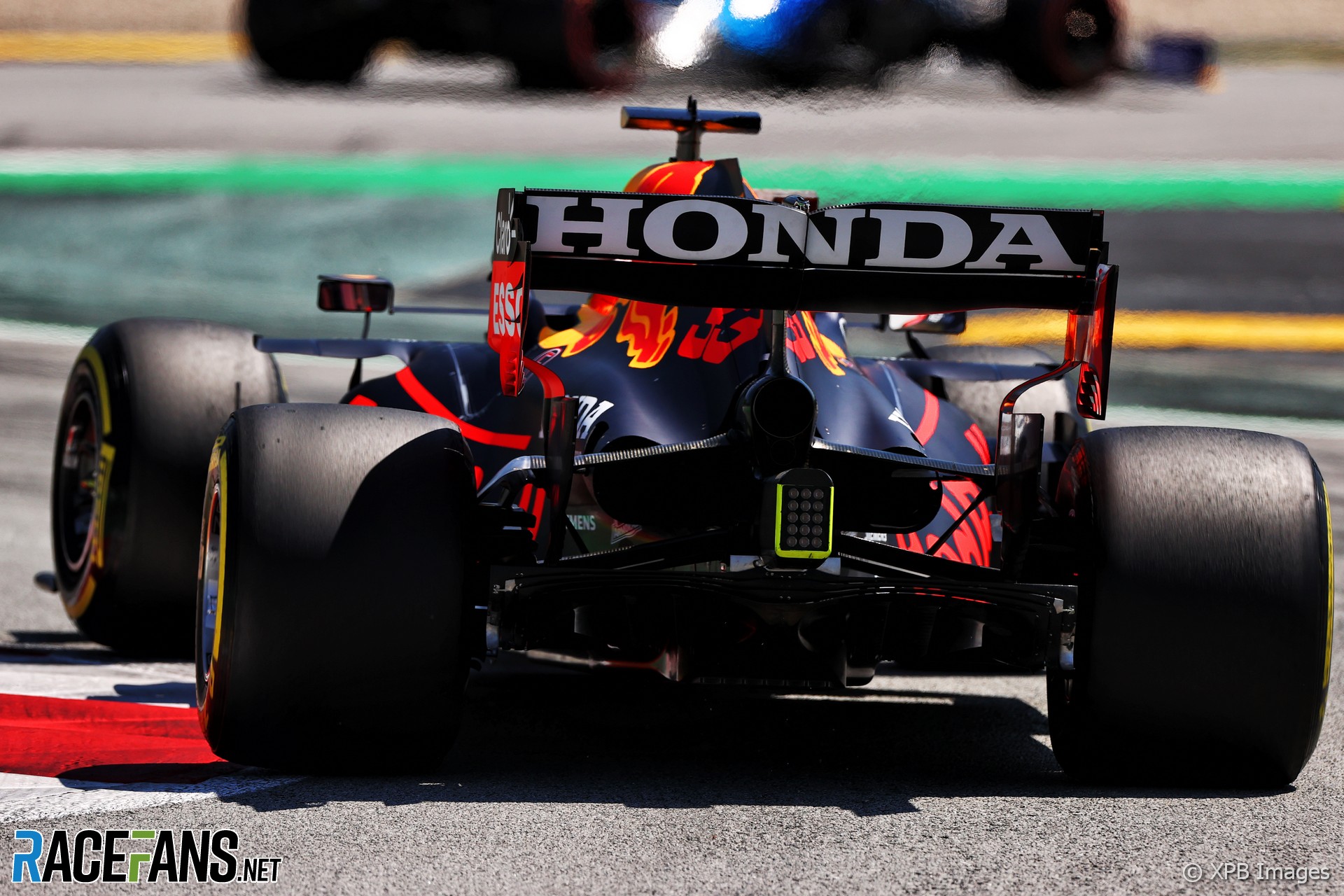 McLaren team principal Andreas Seidl says the FIA is moving too slowly to prevent teams using flexible rear wings, and putting teams who comply with the rules at a disadvantage.

Lewis Hamilton drew attention to the “bendy” wings on the Red Bull during the Spanish Grand Prix weekend. The FIA reacted by introducing a tougher rear wing stiffness test. However it will not come into force until June 15th, and teams will be allowed a 20% tolerance for the first month of its introduction thereafter.

Seidl says McLaren support the new directive, but are frustrated the timing of its introduction will allow rival teams to continue using their current rear wing designs for several races.

“When you see all the videos and pictures from Barcelona it’s pretty clear what was happening there,” said Seidl. “Therefore we welcome the reaction from the FIA with a technical directive which we are also happy with, the basic content.”

Teams will be able to continue using their current rear wings at this weekend’s Monaco Grand Prix and the following round in Azerbaijan. Seidl said McLaren “Strongly disagree with the timing of the implementation.”

“From our point of view there is no reason after not just one team – we talk about more teams here – had already the advantage of doing things which in our point of view are clearly against the regulations,” he explained.

“They had the advantage already for several races, which is something we’re obviously not happy with. But now allowing them to have further advantage for some more races is clearly something we strongly disagree and we’re already in conversation with FIA.”

Some teams appear to have designed their rear wings to flex at speed in order to reduce the drag they generate on straights. Those teams will enjoy a particular advantage at the next round of the championship in Azerbaijan, Seidl believes, as the Baku circuit usually sees the highest top speeds of the year.

“It is clear with having flexible wings in place obviously you have a big advantage especially on tracks like Baku,” he said. “You simply can run a lot more downforce instead of the top speed.

“Which is why this topic keeps coming back every now and then. But again, there’s regulations in place and every car has to comply with the regulations, simple as that.”

Seidl insisted that merely because the wings pass the current flexibility tests does not mean they are legal.

“The tests that are mentioned in the regulations at the moment are in place to additionally support the FIA in order to check in a straightforward way if the cars are complying with the regulation. But it doesn’t mean that only this test is the criteria if the car is legal or not.

“With the footage that is available from Barcelona I think it’s pretty clear what’s going on there and we simply hope that FIA shows a very strong hand now on this because in our point of view it’s simply not acceptable because it puts teams that comply with the regulations at a big disadvantage.”

However he indicated McLaren does not intend to protests any of the teams using the flexing wings this weekend.

“In principle I’m not a big fan of protesting other teams and cars and so on. So all I can say at the moment we are in dialogue with the FIA to understand what they will put in place in order to make sure that teams that are having designed devices or parts that allow things that we have seen in Barcelona simply can’t use these devices or parts any more from now onwards. And then we’ll take it from there.”