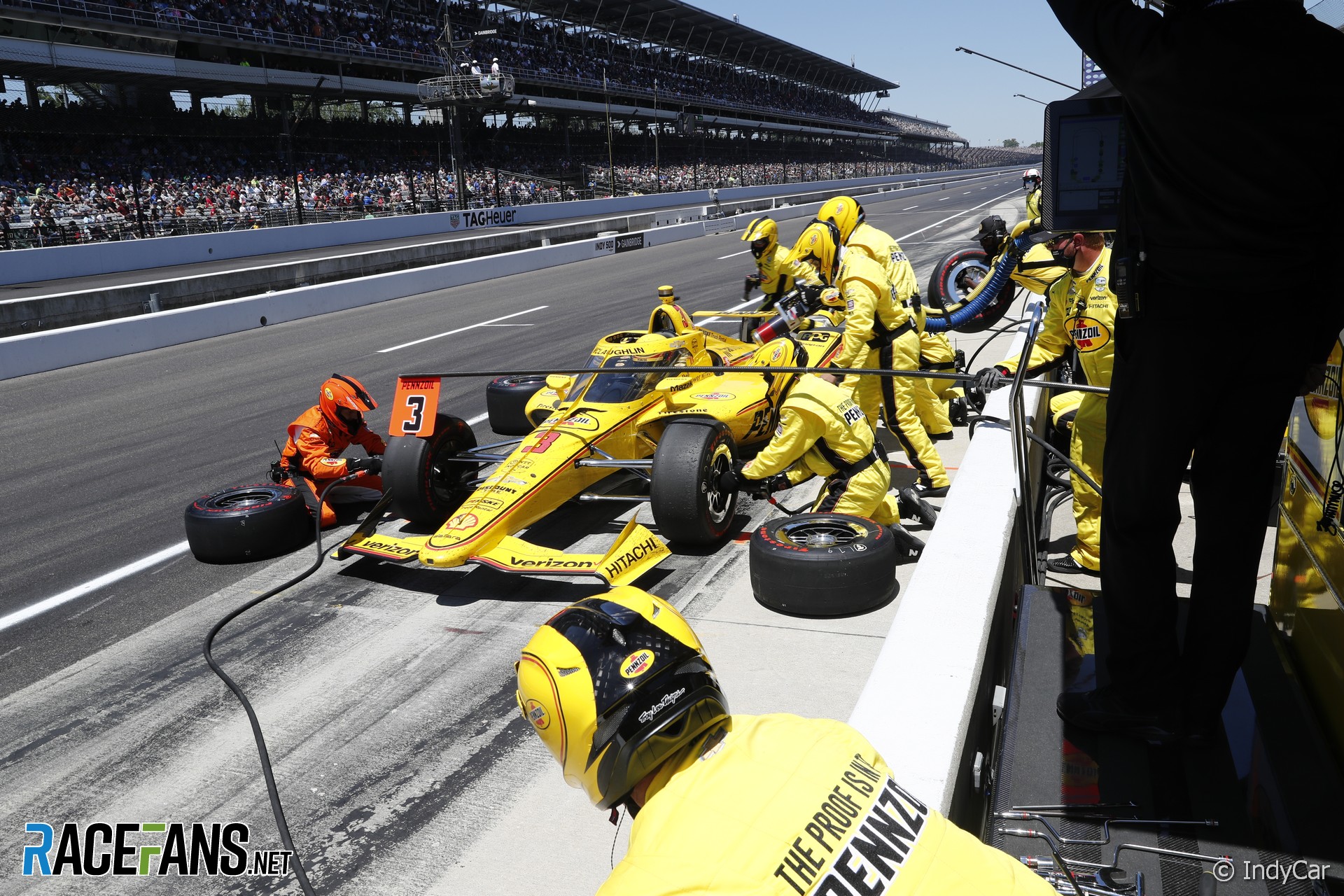 Scott McLaughlin was the top-placed rookie in this year’s Indianapolis 500 despite collecting a costly drive-through penalty for going too fast at the entrance of the pit lane.

The Penske driver said he could have finished much higher than 20th place, were it not for that speeding penalty.

“One mistake, it just eats you,” said McLaughlin after the race. “You can’t make mistakes here; it needs to be a perfect day.

“That’s why experience is so important in this sport. It’s a place that really bites you, especially when you don’t see it coming.”

Several more experienced driver encountered problems with their brakes as they entered the pits. Stefan Wilson and Simona de Silvestro each retired due to pit lane accidents, and former Indy 500 winners Will Power and Ryan Hunter-Reay’s races were compromised by similar dramas to McLaughlin’s.

“I didn’t quite pump my brake pedal up and had a stone-cold set of rotors coming into pit lane,” McLaughlin explained. “I’m thankful that no one was hurt, as I came in there pretty hot.”

He was given a drive-through penalty for the error, which dropped him out of the top 10 to 30th place. He managed to stay on the lead lap, but needed a third caution period to make his fuel strategy work at the end.

“I felt like I’ve learned a ton this whole month,” said McLaughlin, who is in his first full season of IndyCar racing. “I’ve really enjoyed it.

“It’s been more positive than negative for me. I’ve done every lap I possibly can. It bodes well for me the rest of the season, at least for next year when I come back here.

“Our goal this year has been to finish every lap we can in every race. We’re doing that, we’re ticking boxes. Doing 200 laps around here is a tough gig. Mentally it’s very hard. I’m stoked to do it.”

McLaughlin was one of three rookies tackling the race this year. RC Enerson failed to qualify and Pietro Fittipaldi finished 25th.

The Penske driver is making an unusual transition from a successful career in Australian Supercars to IndyCar. The three-time Australian champion and reigning Bathurst 1000 winner says he has a lot to work on before next year’s Indy 500, particularly in terms of race craft.