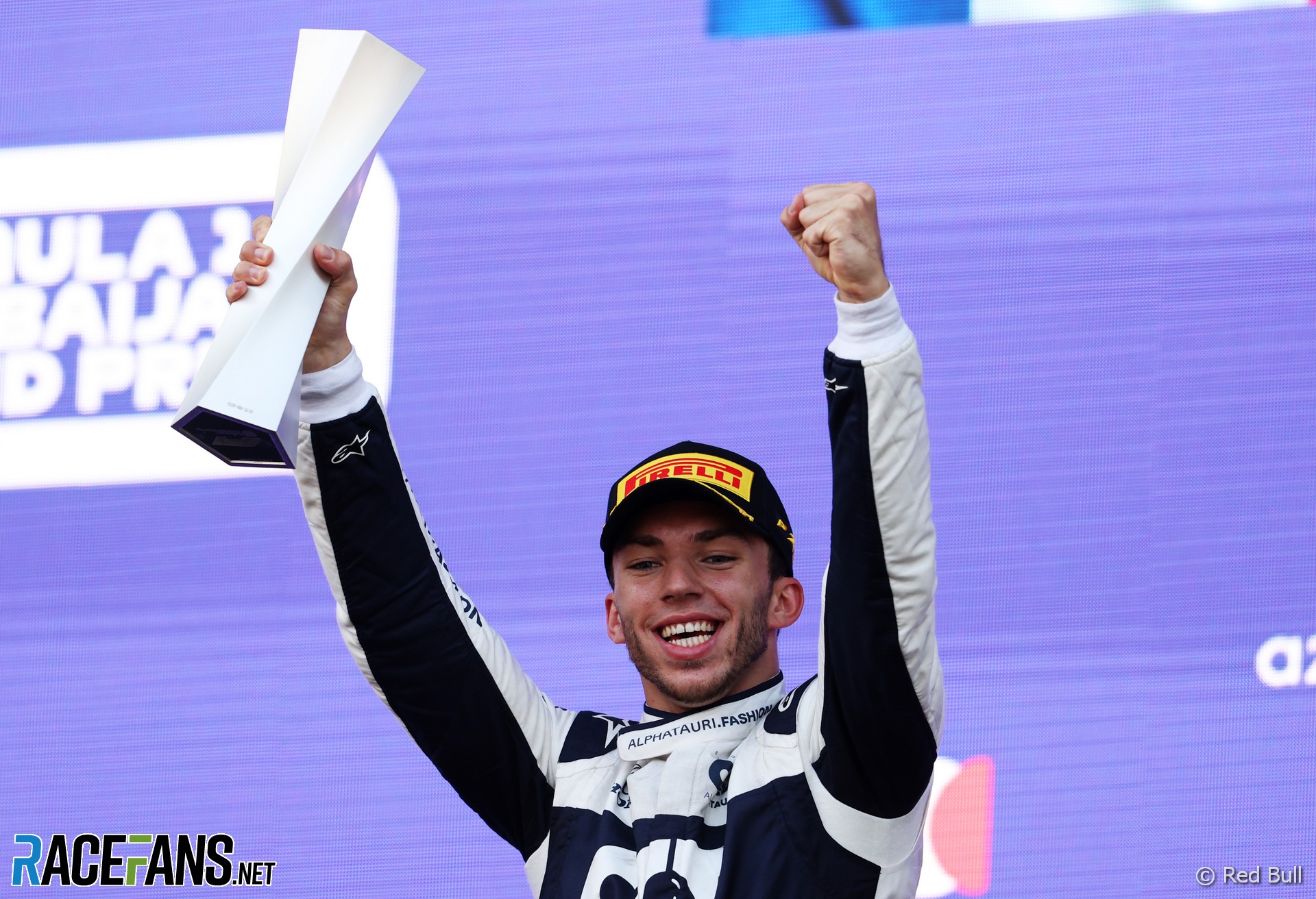 In the round-up: Pierre Gasly hopes to carry his recent form into his home race this weekend.

Gasly heads to Paul Ricard following a strong sixth place ahead of Lewis Hamilton in Monaco and a third career podium finish in Azerbaijan. The AlphaTauri driver said avoiding errors has been key to his progress since the start of the season.

“Earlier in the year we had some good Saturdays, although Sunday didn’t always go as well, but the last two races we did an excellent job with no mistakes,” said Gasly. “It was just what we needed and to be rewarded with a third-place podium is super.”

However he admitted his track record in his home race is not strong. “To be honest, I’ve not done anything special at Paul Ricard in the past. In my first F1 race here I collided with Ocon and had to retire on the opening lap and in 2019 it wasn’t a fantastic weekend and I ended up 10th.

“Actually, Baku was another track that had never gone well for me until this year and so I’m hoping we can follow the trend and change that this weekend also.”

Rinus VeeKay’s participation in this weekend’s IndyCar race at Road America is in doubt. His Ed Carpenter team confirmed he injured his clavicle in a cycling accident on Monday. He has no other injuries and is being treated by IndyCar’s medical team.

Ricard “a joy to drive” in places – Russell

Paul Ricard is much-maligned for its vast expanses of asphalt run-off, but the track is not without its challenges, says George Russell. The Williams driver is impressed by the Double-Droit de Beausset – more prosaically known as ‘turn 11’.

“Paul Ricard is a very tricky circuit with numerous different types of corner,” said Russell. “Turn 11 is one of the most challenging physically, both on the driver and on the car, on the entire calendar and is a joy to drive.”

McLaren Racing CEO @ZBrownCEO has shelved his plans to race a United Autosports McLaren 570S with Richard Dean at @CPZtweets this weekend, following the death of Mansour Ojjeh.#F1 pic.twitter.com/ok18DD6Lje

|@RoyNissany will be back at the wheel of the @WilliamsRacing for first practice at this weekend's #FrenchGP. He will drive @GeorgeRussell63's car in first practice.#F1 pic.twitter.com/l1Sg5zA59B

"The back end of the season is certainly going to probably challenge us or test us, because I feel like the busiest part of the year is also where we’re all probably at our most fatigued."

From wreckage to race-ready backup in 133 minutes (Motorsport Week)

"As the car is lowered from the jacks, a Honda technician notices a stream of fluid from underneath the car. An initial determination that the fluid is a water leak proves to be incorrect. It’s fuel."

Patricio O’Ward has impressed quite a few of you:

I just saw a couple of interviews and he has a champion mentality, you can see his hunger to win in his eyes. At the end of the race they asked “can you believe you’re championship leader?” he answered “Yes I can!”. He could come as arrogant but he is not, he’s just confident in himself and what he is able to do.

I saw a couple of comments on another thread saying that his drive type does not suit F1, that he is very aggressive and would destroy his tires in five laps, but if you saw this weekends races, it was the opposite, he was able to manage his tires and wait for the right moment to attack, his last 10 laps were superb, haven’t been this excited during a race in a while.
Marvin