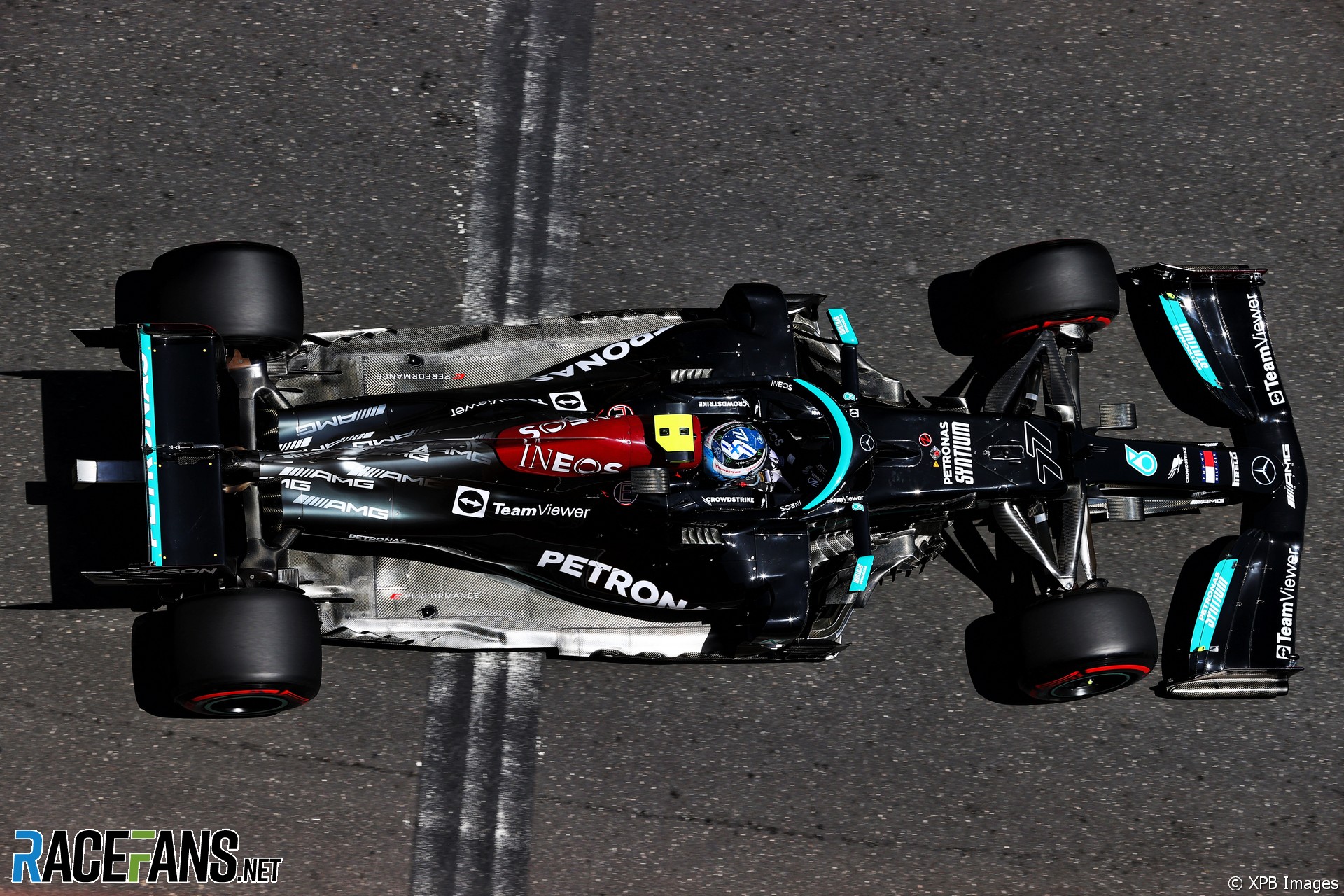 Both Mercedes drivers will use different chassis for this weekend’s French Grand Prix.

Valtteri Bottas said the change was planned and not a consequence of his poor result at the previous race in Baku.

Following the Azerbaijan Grand Prix, Bottas said he was puzzled by his lack of pace and that the “most logical” explanation was a problem with his car. He confirmed today he will have a different chassis at Paul Ricard, which is one the team has used previously.

“It’s not a new chassis,” Bottas explained. “It’s different and it was always planned for me to change to a different chassis at this point.”

A Mercedes spokesperson confirmed the change had been made in order to ensure their available chassis complete similar mileages. Bottas last changed his chassis following the Emilia-Romagna Grand Prix, where he was involved in a high-speed collision with George Russell which severely damaged his car.

Bottas is hopeful the W12 will work better for him and Lewis Hamilton at Paul Ricard than it did in Baku and Monaco. He believes his sub-par weekend in Azerbaijan was due to “a combination of of many things.”

“We saw that in Monaco, for me, I managed to find the set-up and the confidence and get the tyres to work and Lewis didn’t,” Bottas explained. “It almost felt like vice-versa in Baku. There was quite a big difference towards the end of the weekend with the set-up. And now I can say that probably the direction I took, we took as a team, wasn’t ideal. Some other small things combined.

“I think our car is quite on a knife-edge on those kind of tracks. But I think at least the next few tracks it’s a bit more normal and hopefully we can get a reasonable set-up and and that it’s not that easy to to go into the wrong direction.”