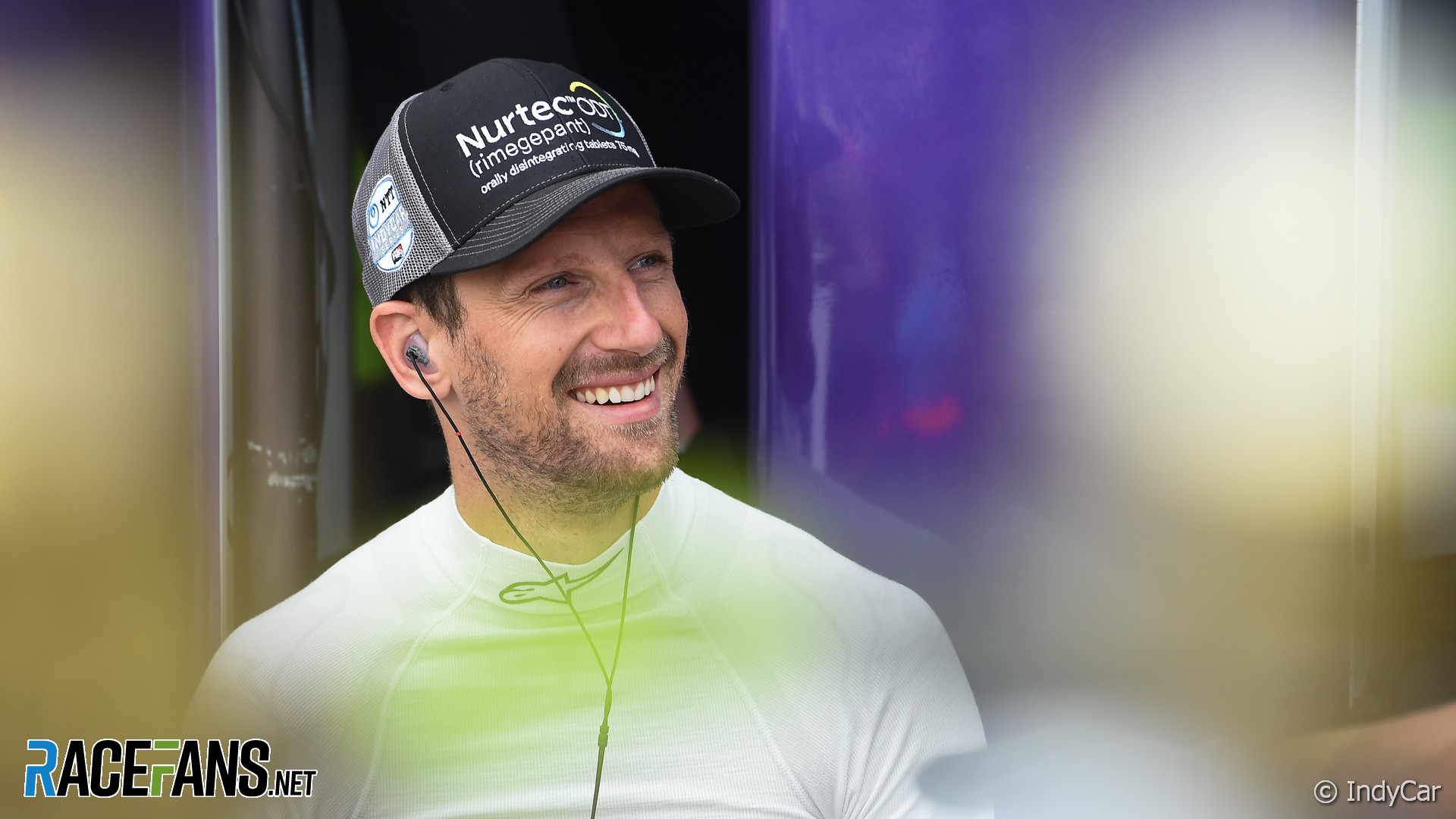 Kevin Magnussen turned to his former Haas team mate Romain Grosjean for help in preparing for his surprise IndyCar debut this weekend.

McLaren SP called Magnussen up to substitute for Felix Rosenqvist in this weekend’s race at Road America. Rosenqvist suffered a heavy crash during the first of two IndyCar races in Detroit last weekend, and has not yet been cleared to return to competition.

Like Grosjean, Magnussen turned to America after losing his F1 drive with Haas at the end of last year. He is racing for Ganassi in IMSA, and scored a victory at Detroit last weekend with team mate Renger van der Zande.

His sudden arrival in IndyCar “doesn’t really compare to any experience I’ve had”, Magnussen said ahead of practice on Friday. “This is certainly the very least prepared I’ve ever been to step into a race.

“It’s not the greatest circumstances when you’ve got a driver out who got hurt in a crash. I think he’s recovering very well.

“But when you get an opportunity like this, I’m a racing driver, a passionate one, and when an opportunity comes to go and drive an awesome race car like an IndyCar, I had to take it.”

Magnussen said Grosjean, who made his IndyCar debut with Coyne in April and has already scored his first pole position and podium in the series, has been giving him pointers ahead of his debut.

“The priority was to first get fit in the car and get the seat going and steering wheel, all that, to make sure I can drive it today,” said Magnussen.

“I went to see Romain yesterday just to hang out a bit and of course we were talking about this weekend and driving an IndyCar, and he was actually very helpful and giving advice and just kind of letting me know the obvious and most biggest differences from IndyCar to F1.

“But I’m going to have a great team behind me this weekend to guide me through this crazy challenge, and I’m really here to just experience and enjoy and hopefully have a good result on Sunday. But most of all learn and enjoy.”

Magnussen many be unfamiliar with the Dallara DW12 he will race but has driven the Road America circuit before. “I had a test day here in the DPi earlier in the year, so I’ve seen the track and seen how cool it is,” he said. “It’s a very fun track to drive. Lots of history here, as well, so it’s a great place to go racing.

“The team has quite a bit of experience and the engineers have been very good in giving me all the information that they could. I’ve been watching videos, I watched the race from previous years and just tried to get an idea of how it’s done.

“I’m as prepared as I can be with the limits of time, but it will be a steep learning curve for sure when I get in the car for the first time this afternoon.”