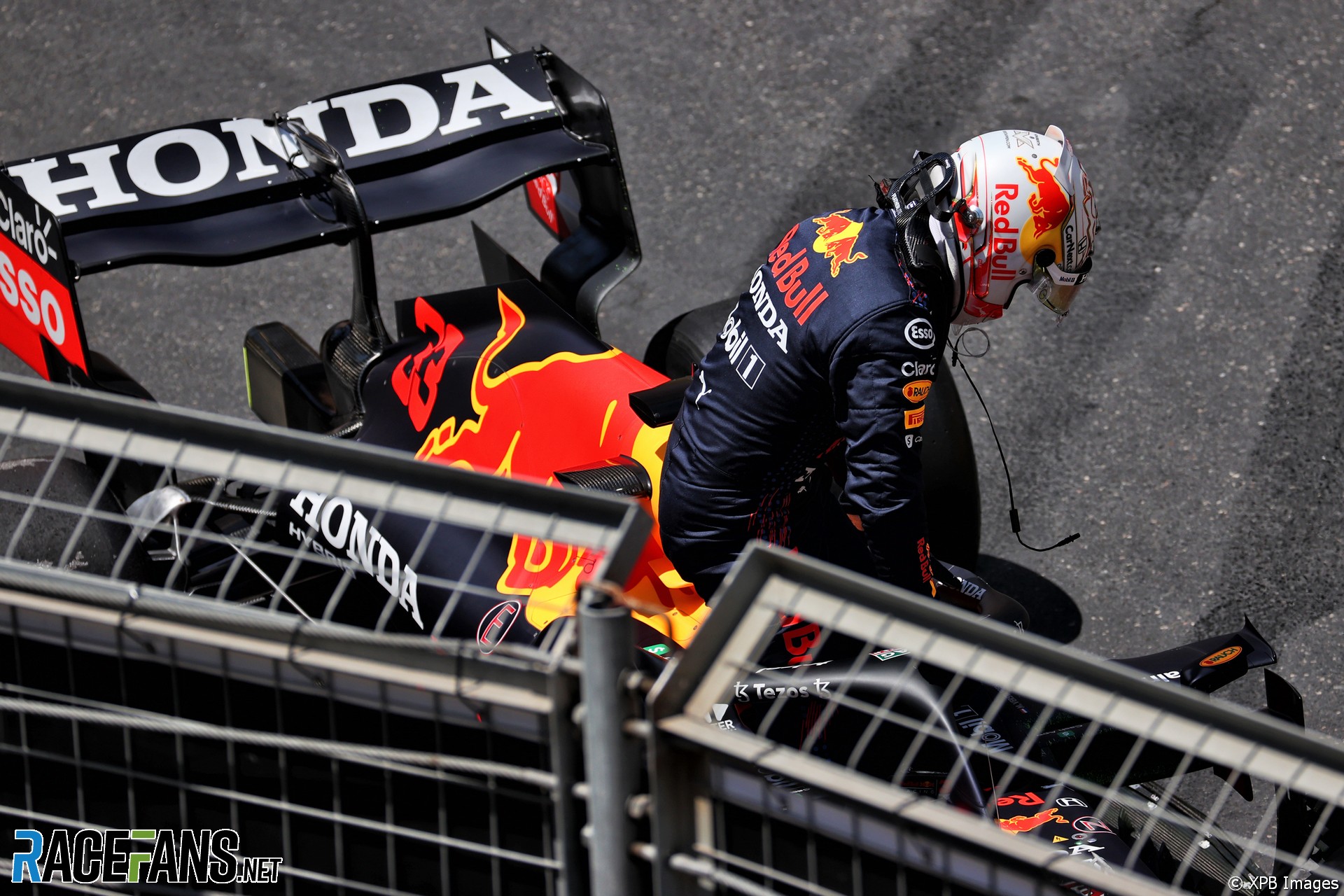 In the round-up: Red Bull team principal Christian Horner explains why the team was so eager to reclaim part of a front wing which broke off one of their cars in Friday practice.

During second practice yesterday Red Bull’s sporting director Jonathan Wheatley was heard asking Formula 1 race director Michael Masi if they could retrieve part of a front wing which broke off their car.

Team principal Christian Horner said the damage their cars suffered in Max Verstappen’s two crashes at the previous round, plus the constraints of F1’s new cost cap, had led to the request.

“It’s very tough because consumption of parts is high,” said Horner, “We’re not running big stock levels because of the cap, so it’s a balancing act continually. And three races on the trot with circuits that are hungry for front wings.

“We didn’t come out of Baku particularly flush with them following the failure in the race and Max’s incident on Saturday morning. So it is a key factor.”

Horner echoed criticism of the kerbs at the exit of turn two, pointing out they are too low for drivers to be able to judge where they are and avoid them.

“The problem is that the way that the kerbs are laid out they’re not immediately visible to the drivers so it’s sort of inviting you to go there. It’d just be nice if we can find something that doesn’t do quite as much damage to the car, that there was a time penalty.

“This is why I think probably gravel is a better longer-term way to go that there is a physical penalty other than just smashing our front wings which in a cost cap world is obviously very expensive.”

Lando Norris says Ferrari’s pace in qualifying trim should not come as a shock to anyone given their recent form.

“I don’t know why everyone always sounds so surprised,” said Norris, “like, it’s Ferrari and Renault [Alpine], they’re quite quick often. Maybe Renault are a bit more of a surprise.

“But they’ve been quick at a few races this year and they’re a bit slower at others. So it’s not a surprise anymore.”

Alexander Sims expects a challenge from Formula E’s first visit to Puebla. The Mahindra driver said the track’s combination of high speeds, banked sections and bumps will make for a tough combination.

“It’s quite bumpy,” he said. “Lots of track repairs have been done that have quite high profiling, which should make it bumpy throughout, but small bumps. The banking on the straight seems to be quite aggressive so the transition from the straight section, from the oval into the infield, will be a decent step.”

Formula E has made some minor alterations to the track, including slimming it with a wall at turn 10. “They’ve tightened up a couple of corners compared to what we expected, so that will challenge us a bit more to manage our energy but it all seems pretty sensible,” said Sims.

“It’s a very high lateral-loaded track, lot of corners where you’ve got very few straights in between so that will put a lot of stress through the tyre,” he added. “The last corner, in qualifying – if it’s dry – I think is going to be a pretty big corner to try and look after the tyres and get onto the banking section.”

Lucky boy this weekend, shooting @F1 for @MSI_Images Verstappen quickest today, check out the rake on Red Bull….Ricard is great for colour as ever. #F1 pic.twitter.com/4LCOtiR59w

A reminder that we are limited to 4,000 spectators despite having hundreds of acres of space with ample room for social distancing.https://t.co/zTFDeG2JXR

"The Expansion Hospital of the Mexican Institute of Social Security (IMSS) at the Autodromo Hermanos Rodríguez will go out of service on July 15, as part of the process of re-conversion of expansion hospital units carried out by Mexico City, reported the Ministry of Health."

Pierre Gasly: ‘We are not lions in a cage for people going to the zoo’ (Guardian)

"Gasly: 'People struggle to understand that we also feel emotions, we also have our ups and downs. It doesn’t matter if you are successful or not, we saw it with Naomi (Osaka) in the tennis with the mental health issues.'"

AJ says that worrying whether new viewers or casual fans will understand changes to Formula One defeats the point of making them.

A lot has been said about casual fans. Who are these casual fans? How many times has one actually turned on the TV, and casually watched a sport they don’t understand?

I have no interest whatsoever in Moto GP, and never have I tried watching it just because I love F1. I don’t know how scoring in golf works, that doesn’t mean the bosses sitting in the offices of golf associations should tweak the rules to attract me.

Point is, there’s an extremely small percentage of people who fall into this ‘casual’ category. A person who has interest in F1 or any other sport will do his/her research about it and eventually understand whatever rules and format is thrown at them, and stick with the sport irrespective of its era.

There is no need to purposefully come up with gimmicks like sprint qualifying or whatever else is running in their heads just to attract newer generations.
@asleepatthewheel