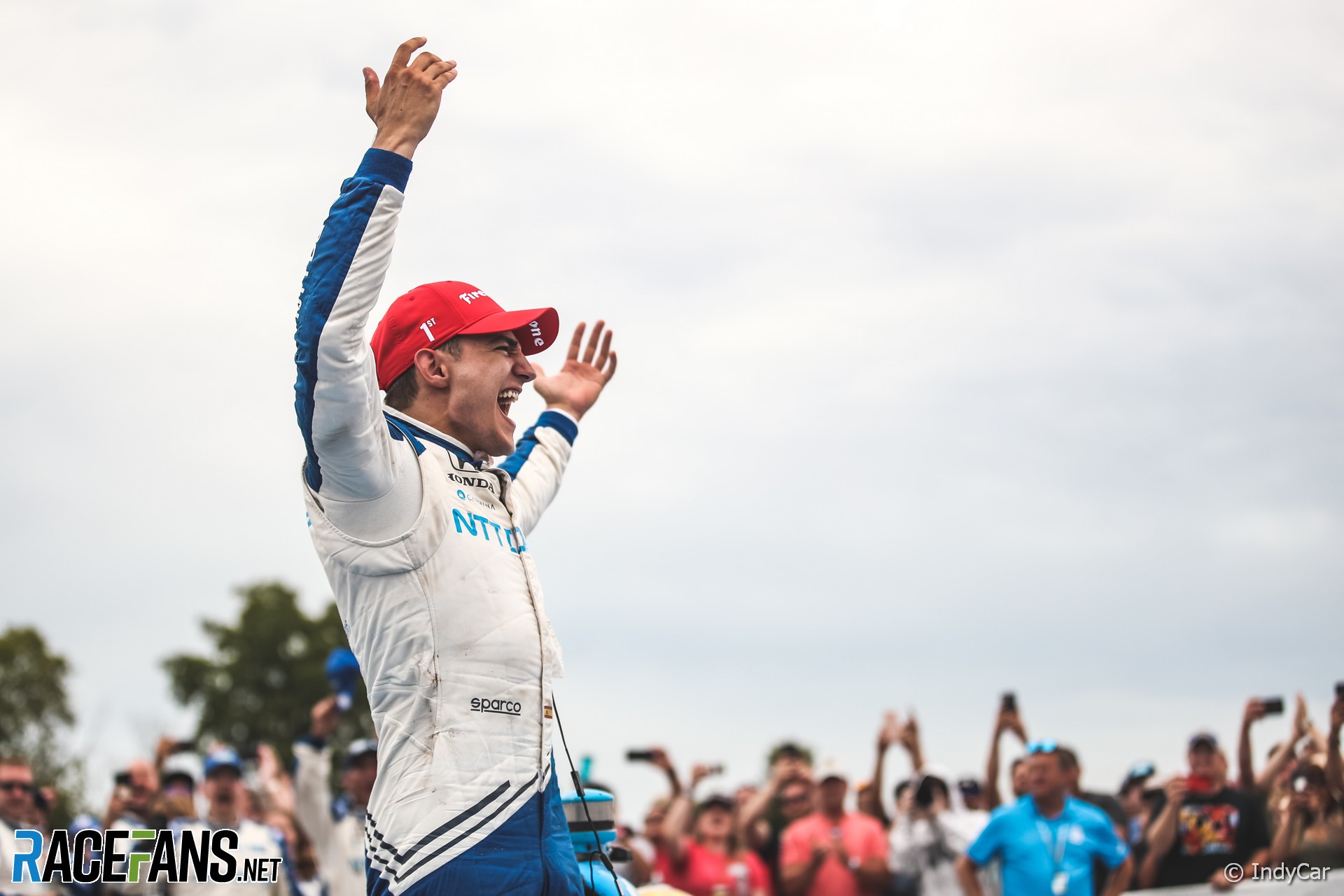 Álex Palou scored a sensational second win of 2021 at Road America after Josef Newgarden, who dominated most of the afternoon, suffered another late-race heartbreak.

In similar fashion to his dominant performance in the second race at Detroit one week ago, Newgarden led 32 out of 55 laps, more than any other driver by a wide margin. He withstood pressure from Palou over the last stint, after jumping ahead of the Ganassi driver at the final pit stops.

With four laps remaining, a spin from Ed Jones brought out the fourth full-course caution of the race. That seemed to play in Newgarden’s favour, ensuring he would not have to save fuel to make it to the finish.

But as the green flag waved for the final two-lap spring to the finish, the Penske driver had difficulty selecting sixth gear. Palou jumped into the lead before reaching the first corner and Newgarden dropped through the pack, limping home 21st.

With Newgarden’s late-race collapse, Colton Herta moved up to finish second, holding off Will Power in third. Reigning IndyCar champion Scott Dixon marched from 13th on the grid to finish in fourth, and with his fifth top-five finish of the season, he now moves up to third in the championship table.

Romain Grosjean rebounded from a disastrous duel in Detroit to finish fifth, making some impressive overtakes along the way. Marcus Ericsson had another strong race, going from 18th to sixth – after bringing out the second yellow flag of the race when he spun out at turn two. His Ganassi teammate, Jimmie Johnson, spun off at turn seven to bring out the first yellow flag. Alexander Rossi matched his best finish of the season with yet another seventh place.

Takuma Sato, who damaged his left sidepod after an collision with Conor Daly on the opening lap, used an alternate strategy to go from 20th to eighth, ahead of O’Ward in ninth, who holds onto second in the championship table. Another driver who gambled with an alternate strategy late in the race, Max Chilton, led several laps and brought home his first top-10 finish in IndyCar for four years.

Just on the fringe of the top ten was Oliver Askew, who finished 12th in place of an injured Rinus VeeKay at Ed Carpenter Racing. The other notable relief driver in the field, Kevin Magnussen, was able to lead six laps thanks to the timing of one caution period.

That came about when Magnussen pitted shortly before the interruption, and took up the lead when the rest of the field came in under caution. But Magnussen’s first IndyCar came to an end prematurely on lap 34, when his engine shut off exiting turn seven. This brought out the third full-course caution of the race.

Palou, who entered the weekend trailing Patricio O’Ward in the championship table by a single point, now has a 28-point lead over his rival. But Newgarden is left ruing his fortune having led 99 out of the last 125 racing laps, without winning either of the last two races.

His Penske team could have easily won the last three races in a row, given Power’s misfortune in Detroit. Instead the team is enduring its longest winless drought to the start of a season since 1999. At least Power came away with his first podium finish since the season-opener.