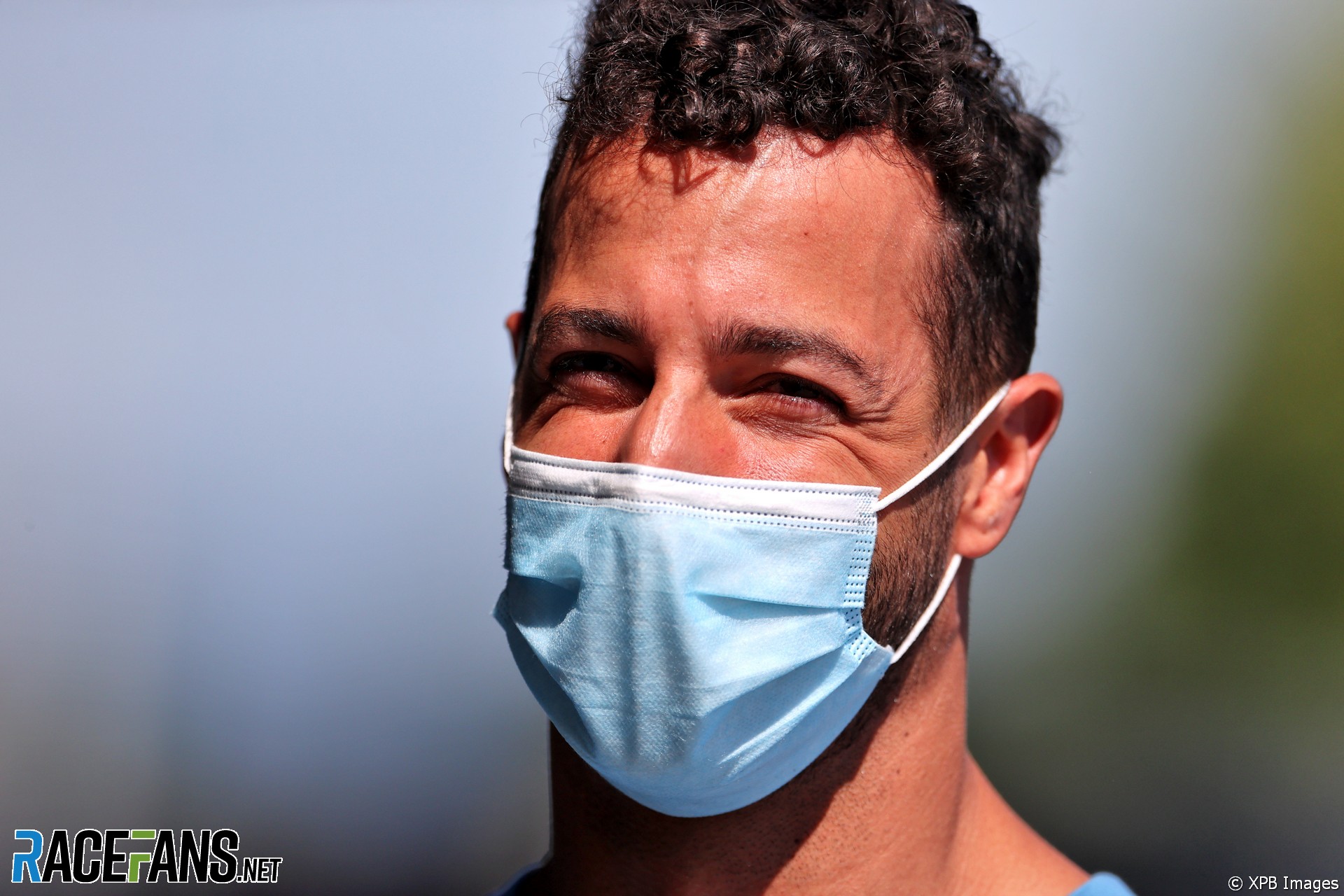 Daniel Ricciardo says he saw nothing “out of line” in the collision between Lewis Hamilton and Max Verstappen in the British Grand Prix.

Red Bull has petitioned the stewards to review their decision on the incident between the pair. The team feels Hamilton’s 10-second time penalty was insufficient, as he was able to serve it and still win the race.

Their grounds for review are expected to centre on whether Hamilton did enough to avoid contact with Verstappen. However Ricciardo, who was Verstappen’s team mate at Red Bull until 2018, believes the pair gave each other enough room.

“Watching Max’s onboard, there was room on the inside,” he said. “Of course they were racing hard but I would still say hard but fair through those phases of corners.

“Obviously Max expected Lewis was there or knew he was there and gave him a little bit of room. So you know what’s what. I didn’t really see anything out of line with the incident itself, if you know what I mean.”

Ricciardo believes the rules of racing, and the scenarios under which drivers are expected to leave room for their rivals, have been made clear enough.

“As racers, we know,” he said. “And even sometimes it doesn’t have to be written on paper for us, we know just through years of racing and the experience that we have.

“Especially because in these cars, there is a point where you don’t see, there are blind spots [where] the car’s a quarter of the way on our inside. But we’re aware that the chance of a car being there is probably pretty high so we’re always going to leave room for one car if there’s a car there.”

“Obviously the consequence was really the big talking point and it’s just a shame, I guess, that it happened on one of the quickest corners on the calendar,” he added. “Luckily Max was more or less okay and he’s here to race this weekend.

“So I think that’s it. But I think deep down all of us know racing etiquette and when to squeeze, when not. I think we’re pretty clear with that.”

Verstappen attracted some criticism for the aggressiveness of his moves after he arrived in Formula 1 six years ago. However Ricciardo says his former team mate has tempered his approach with experience.

“I think Max was under a bit of pressure in his first couple of years of F1 with some of the moves and that and I definitely think he’s ironed a lot of that out. I think he’s just matured as a driver and the experience now.

“For sure he’ll always race hard. But I think we were team mates three years, we came together twice so that’s pretty low numbers, I think we’re okay.”