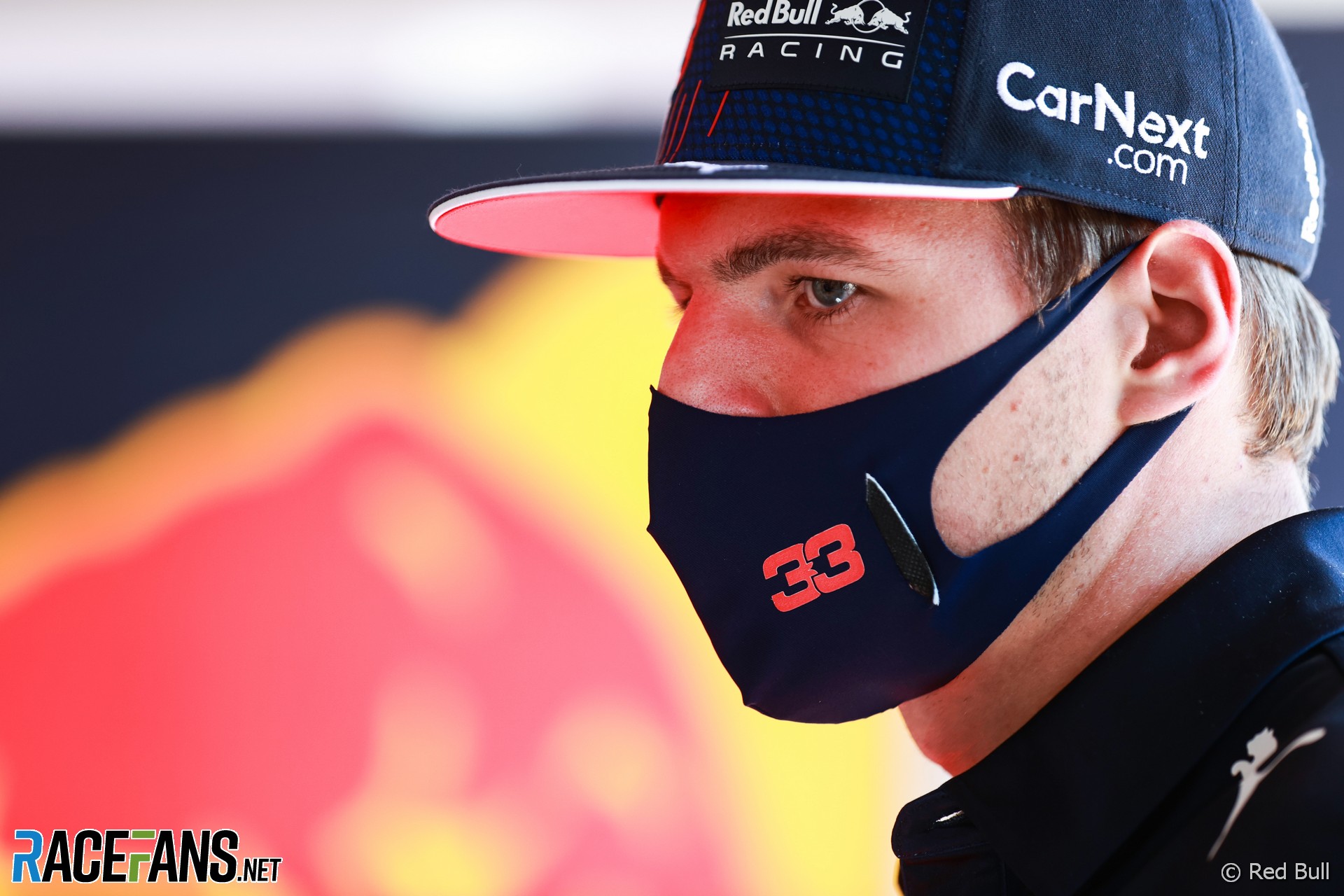 Max Verstappen continued to insist Lewis Hamilton’s penalty for their collision at Silverstone was insufficient, despite admitting he hadn’t read the stewards’ verdict on the incident.

The stewards ruled Hamilton was “predominantly” responsible for the clash between the pair, and issued him a 10-second penalty. When one driver is found entirely to blame, they are defined as being “wholly” culpable.

Verstappen admitted he was unaware the stewards had not placed the blame entirely at his rival’s feet.

“Honestly I didn’t even read the statement I just heard the penalty,” he said when asked by RaceFans for his view on the stewards’ reasoning. “I found already that wasn’t enough.”

After the verdict was read to him in today’s FIA press conference, Verstappen questioned what more the stewards felt he should have done to avoid the collision.

“I don’t think I did anything wrong there,” he said. “Like I said we are racing hard and of course that corner is very fast. But I don’t know how I have a percentage in that fault.

“So what did they expect, me to just completely run off the track and then just keep my position? Probably then they will tell you that you can’t run off the track. So from my side, a bit surprised that there is a little bit of a percentage in there.”

Red Bull has petitioned the stewards to review the decision to give Hamilton a 10-second penalty. The team is unhappy Hamilton was still able to win the race despite his penalty, and the considerable damage which was caused to their car.

Under a long-standing precedent, the consequences of an incident are not taken into consideration when deciding on the severity of a penalty. However Verstappen believes this should change, stating it would be “common sense” to take the ramifications of collisions into account.

He added he does not intend to change how he approaches wheel-to-wheel racing with Hamilton or any other driver.

“For myself, I didn’t do anything wrong,” Verstappen explained. “I fought hard, I defended hard, but not aggressive, because if it would have been aggressive, I could have pushed him or squeezed them into the inside wall. But I did give him the space and then I just opened up my corner.

“When you then commit on the inside like he did and not back out, expecting you can do the same speed on that angle that I had on the outside, you are going to, of course, crash into me. But of course I’m on the outside, I’m opening up my corner, not expecting him to commit and he understeered into the rear of my car. There’s not much I can do, I think.”

Verstappen dismissed claims he has been too “aggressive” with some of his racing manoeuvres in Formula 1, and pointed out he does not have any penalty points on his licence. Hamilton has four, two of which were for the Silverstone collision.

“Of course people easily say I’m an aggressive driver or whatever, which I don’t think I am,” he said.

“I think I’m a hard driver. I race hard, but at the end of the day, I think I know quite well how I have to position my car and I haven’t been involved in accidents where I run into people. I have zero penalty points as well so I think that already says quite a bit.

“Of course always people have different opinions but from my side that’s how I see it.