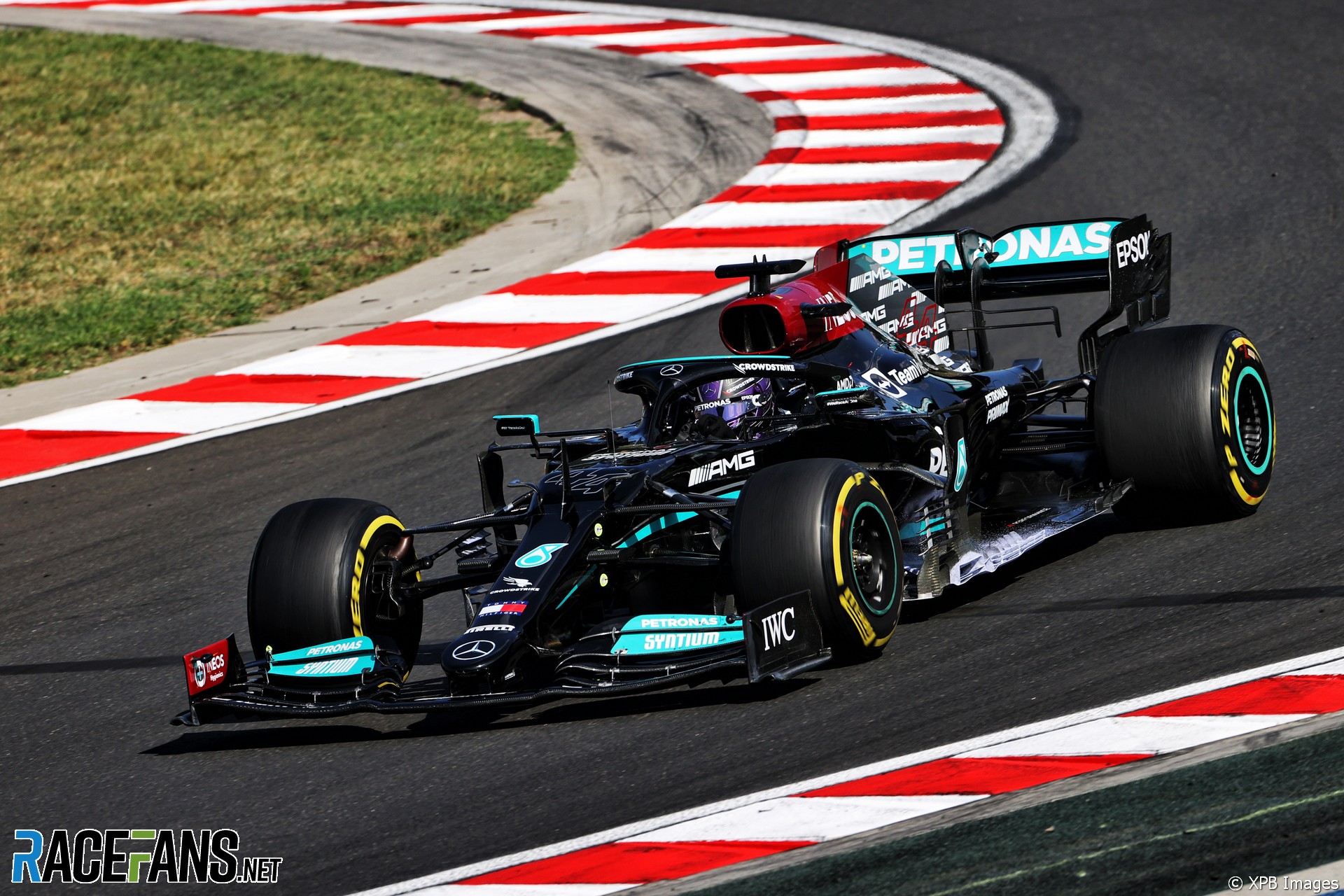 Valtteri Bottas headed the times at the end of a very warm Friday in Budapest.

But the heat, which Lewis Hamilton described as “extreme”, is not forecast to return this weekend. So how confident can Mercedes be of staying ahead?

The Hungaroring saw the hottest running so far this year and extremely high track temperatures. Although the morning and afternoon sessions saw similar air temperatures in the 31-32C region, as the skies stayed clear all day track temperatures escalated from a very warm 53C to a staggering 63C.

As such hot conditions are not expected over the rest of the weekend, second practice may not have been particularly representative of what lap times drivers can actually achieve. Rain is forecast early in the morning and the track may still be drying ahead of final practice. Qualifying is set to be overcast, with the asphalt considerably cooler as a consequence, and more rain possible.

Today’s afternoon session indicated Mercedes were on the pace of Red Bull. But will that hold up when the mercury falls?

Verstappen set the fastest morning time with a 1’17.555 late in the session as track temperatures rose. Bottas, however, was only 0.061 seconds behind him despite setting his time on a slightly cooler track earlier on.

Although Carlos Sainz Jnr was able to set the fourth-fastest first practice time for Ferrari, he was more than half a second adrift of Verstappen, the top teams seeming to have an edge over the rest by several tenths.

That gap stayed roughly the same in second practice; Esteban Ocon leapfrogged up the times to fourth-fastest for Alpine, just under half a second slower than Bottas, at the top of the times. However, Ferrari seemed to truly struggle with the higher temperatures, neither car finishing in the top 10.

He indicated the higher temperature may have played a role. “The conditions are very different to what they were last year. It was much colder last year, the Tarmac was still a bit fresher and newer so it changes.”

In the hot conditions Pirelli discovered larger than expected gaps in performance between their tyre compounds. The soft tyre compound was forecast to be 0.6-0.7 second per lap quicker than the medium, but on Friday it was up to a second per lap faster.

Last year none of the drivers who reached Q3 did so on the medium tyre and it looks like that will be the case again this year. Even for the top teams, getting to Q2 on medium will be “a big challenge and a risk because one second on this circuit is quite a lot”, said Pirelli’s head of motorsport Mario Isola.

Does the heat also explain why Red Bull found themselves almost three-tenths of a second behind Mercedes in second practice? The RB16Bs seemed plagued with understeer in the hot afternoon session.

But Verstappen wasn’t concerned by their position at the end of Friday’s running, saying there were “a few adjustments we were trying from FP1 to FP2” which they may need to reconsider. “We just need to look into which things worked and which things didn’t,” said the world championship leader. “The track was also very hot so it’s never easy like that.”

Verstappen said Red Bull’s deficit was mainly over a single flying lap. He believes it was probably due to the track conditions rather than any more serious, underlying issues.

A cooler track may swing the pendulum back towards Red Bull, but a wet one would throw a different variable at the drivers. Lewis Hamilton said there is little teams will do with their set-ups to prepare for that possibility.

“You can’t plan for the rain,” he said. “On a hot day like this you can’t set the car up soft for the rain.

“It’s quite unpredictable so you just try and get the car in the best place as you can and try to understand the tyres as much as we can. There’s not a huge difference between the set-ups in a way.

“We’ll set the car up for dry qualifying and if it rains, it rains.”

2 comments on “Will Mercedes still be ahead when the “extreme” Hungary heat fades?”