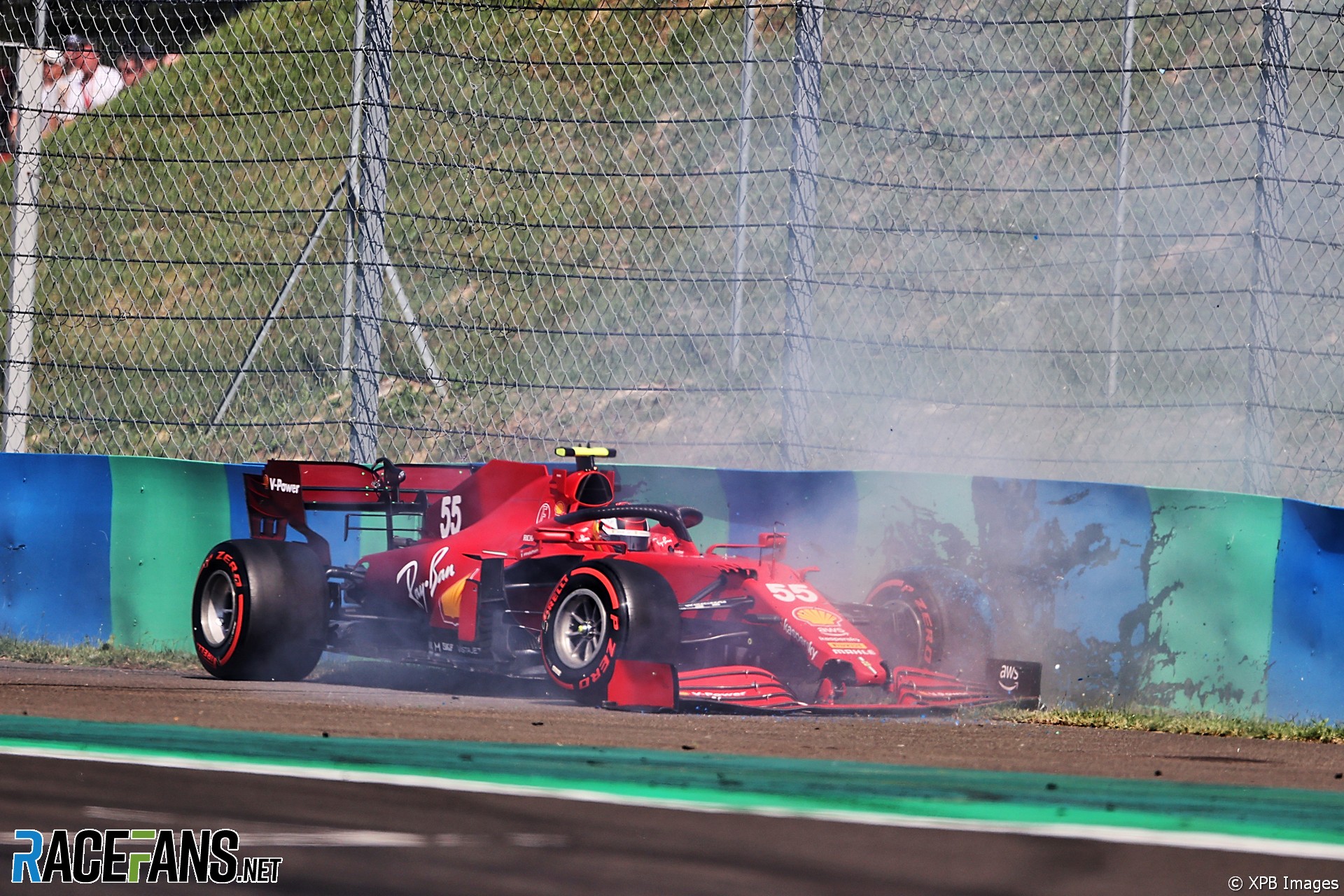 Carlos Sainz Jnr apologised to his team for the crash which ended his participation in qualifying, but said he feels calmer now he understands the reasons for it.

The Ferrari driver spun into the barrier at the final corner before completing his first lap in Q2. He said it was “very frustrating and, to be honest, also very surprising.”

“It’s not a mistake that I’ve done in a long time and obviously I was very surprised with it,” said Sainz. “I went straight away to our garage to see what had happened on the data and what I could have done differently.”

Sainz said a change in wind strength at the corner had caught him out. “After having a look at it, to be honest, I’m more calm about it.

“I saw that I actually entered the corner 5kph slower than in the previous run, but there’s a 35-40kph gust of tail wind compared to a 10kph tail wind on Q1, and this probably just sent me on a massive oversteer.

After the car got away from him, Sainz said there was nothing he could do to keep it out of the barriers.

“Once I saw that I had entered the corner slower than in the previous run, I said okay, I didn’t try anything crazy or anything stupid and I just lost it. It’s how it goes sometimes, it’s how motorsport works and we learn from it.”

While team mate Charles Leclerc went on to qualify seventh, Sainz will line up for tomorrow’s race in 15th.

“It’s unfortunate because today I felt on top of the car in Q1 and in FP3, so I feel like there was a good result there on the table,” he said. “But it’s part of the learning process also I guess with this car and part of going through these kind of experiences to keep learning and to come back stronger in the second half of the season.”

7 comments on “Sainz “more calm” after understanding reasons for crash”