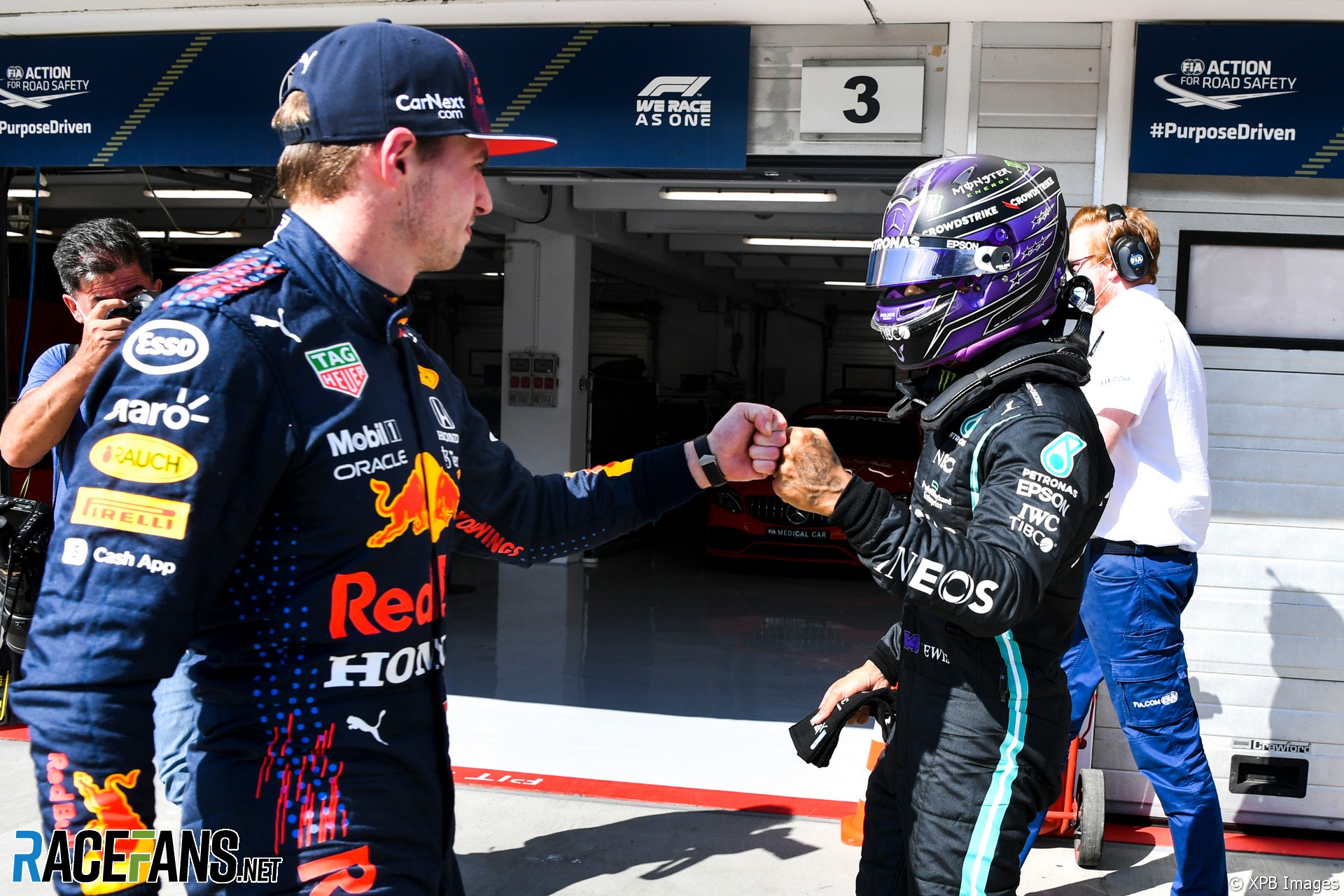 Max Verstappen criticised the booing directed aimed at his championship rival Lewis Hamilton by some in the crowd after qualifying for the Hungarian Grand Prix.

Hamilton claimed pole position for tomorrow’s race as Mercedes locked out the front row of the grid. Verstappen, who will start third, said he did not approve of the booing, but doubts it affects any of the drivers.

“It’s not correct, of course,” he said. “But at the end of the day we are drivers, you shouldn’t get disturbed by these kind of things. You should just focus on what you have to do and that’s deliver in the car.

“Luckily, of course, we wear helmets when you’re driving, where it matters you don’t hear anything. That’s maybe a bit different to other sports so probably we are quite lucky with that.

“It’s not nice but it shouldn’t influence any of us. I think we’re all very professional and know what we have to do on track anyway.”

Hamilton’s team mate Valtteri Bottas said those responsible for the booing should question what they are doing.

“I heard a lot of booing at the end of the qualifying and I don’t understand it,” he said. “I would like the people to question themselves, their behaviour, because I don’t think it’s fair.

“We are here as an athlete to give every single bit we have for the sport we love. And Lewis, he did an amazing lap at the end and then you get booing. So I think the people, just question yourself.

“It’s not right, it’s not fair and we don’t want to see these kind of things.”

Hamilton, who said earlier the booing “fuels me”, brushed off the jeers. “People act wild when it’s sport,” he said. “It’s competition, and I don’t take it to heart. I must be doing something right to be up front.”

44 comments on “Booing of Hamilton ‘not correct and not nice’, says Verstappen”