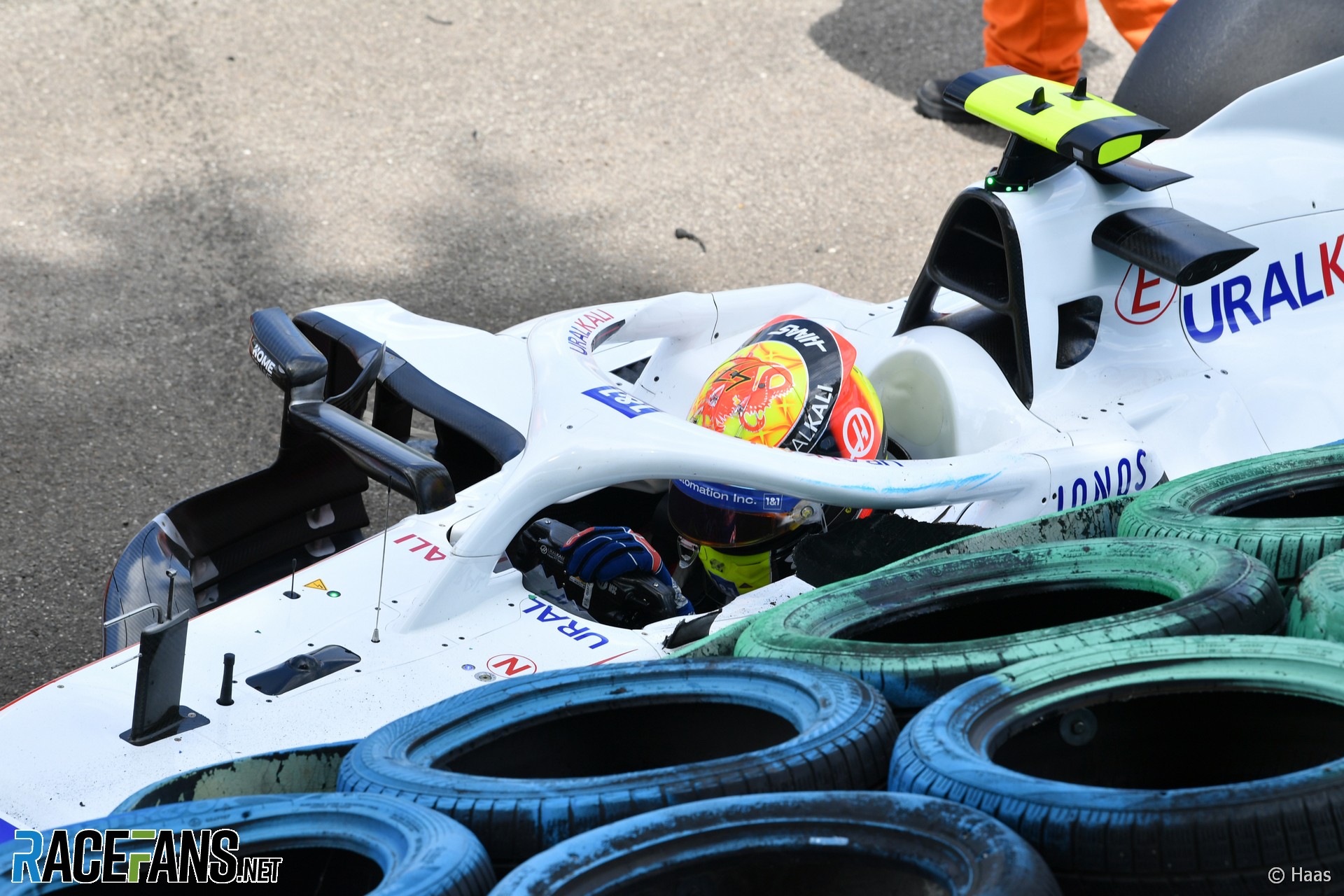 Mick Schumacher praised his Haas team for coming close to repairing his car in time for him to take part in qualifying for the Hungarian Grand Prix.

The Haas driver spun into a barrier at turn 11 during final practice, heavily damaging his car. Schumacher, who also missed qualifying in Monaco after a crash in practice, said the team nearly completed the job in time.

“Unfortunately the way I hit the wall made things very complicated for us to repair it afterwards,” he explained. “So again I think it’s a very unfortunate moment because we missed out on qualifying again.

“But I’m very, very proud about how the team managed to get so close. I think we were around five to ten minutes off getting the car out.”

Schumacher said a combination of wing and high tyre temperatures contributed to the crash. “The whole situation started actually in turn seven, where the exit was already quite on the limit with wheelspin, which in that case does overheat the surface,” he explained.

“As a result I had [turn] nine in a difficult place already with the rear being quite on the limit. But again, [turn] nine I kind of understood because it was a place where I’ve usually had snaps already all weekend long, so I kind of was ready to to counter that.

“Coming into into turn 11 we’re turning in nearly flat, and at that time when the rear went I was kind of more of a passenger.”

He admitted the change in balance at the corner took him by surprise.

“What’s a bit difficult this year is that our car seems to be quite affected by wind conditions and also by surface overheating, which adds on to I think what happened in FP3 today. For example, turn 11 was never a particular issue for me over the whole course of the weekend, so it kind of caught me off-guard that I lost the rear in that corner.

“But obviously looking at it, looking at the data and everything, it just seems like the wind conditions and surface overheating just increased that little bit more compared to the run before, also because of the track temperature being so high.”