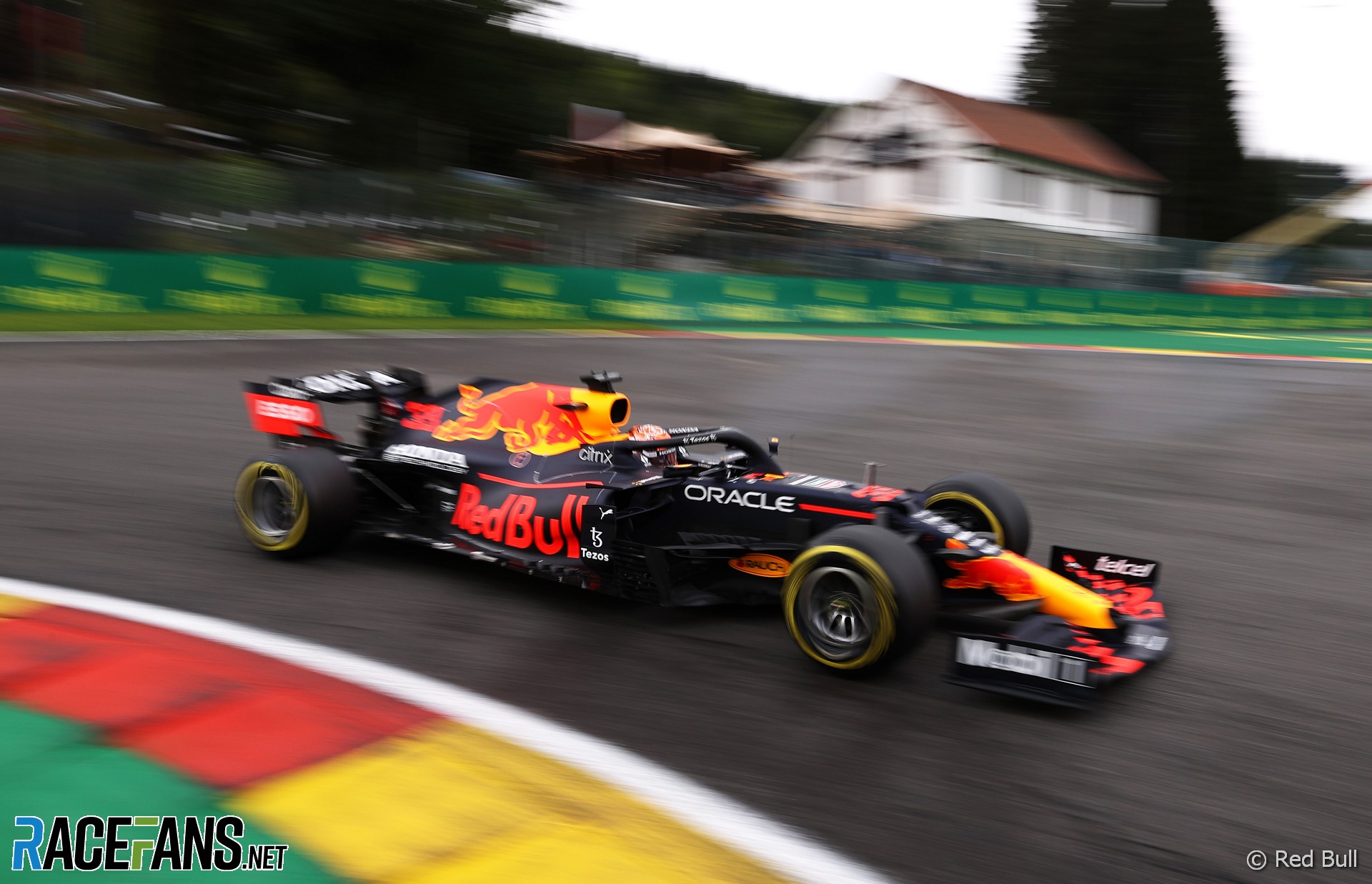 Max Verstappen said he was pleased with his progress after the first day of practice at Spa despite damaging his car in a crash at the end of the second session.

The Red Bull driver spun backwards into the barrier at the exit of Les Combes a few minutes before the end of second practice. “I just lost the rear,” he explained. “A bit too much oversteer to correct and unfortunately hit the wall.”

Verstappen set the quickest time over the two sessions, putting him fractionally ahead of the two Mercedes drivers. He, Valtteri Bottas and championship rival Lewis Hamilton were covered by less than a tenth of a second.

“It was good,” Verstappen said, “I think the whole day we were quite happy.

“Of course there’s a few things to fine-tune from FP1 to FP2. Overall very happy, I think definitely a very positive start.”

Friday’s running was affected by light rain in the morning, but conditions are forecast to deteriorate over the coming days. Verstappen said it was hard to judge how his car will perform in wet conditions.

“It’s difficult to say in the wet because so far we haven’t really driven in it yet. I think every day will be a bit like a worse day.”