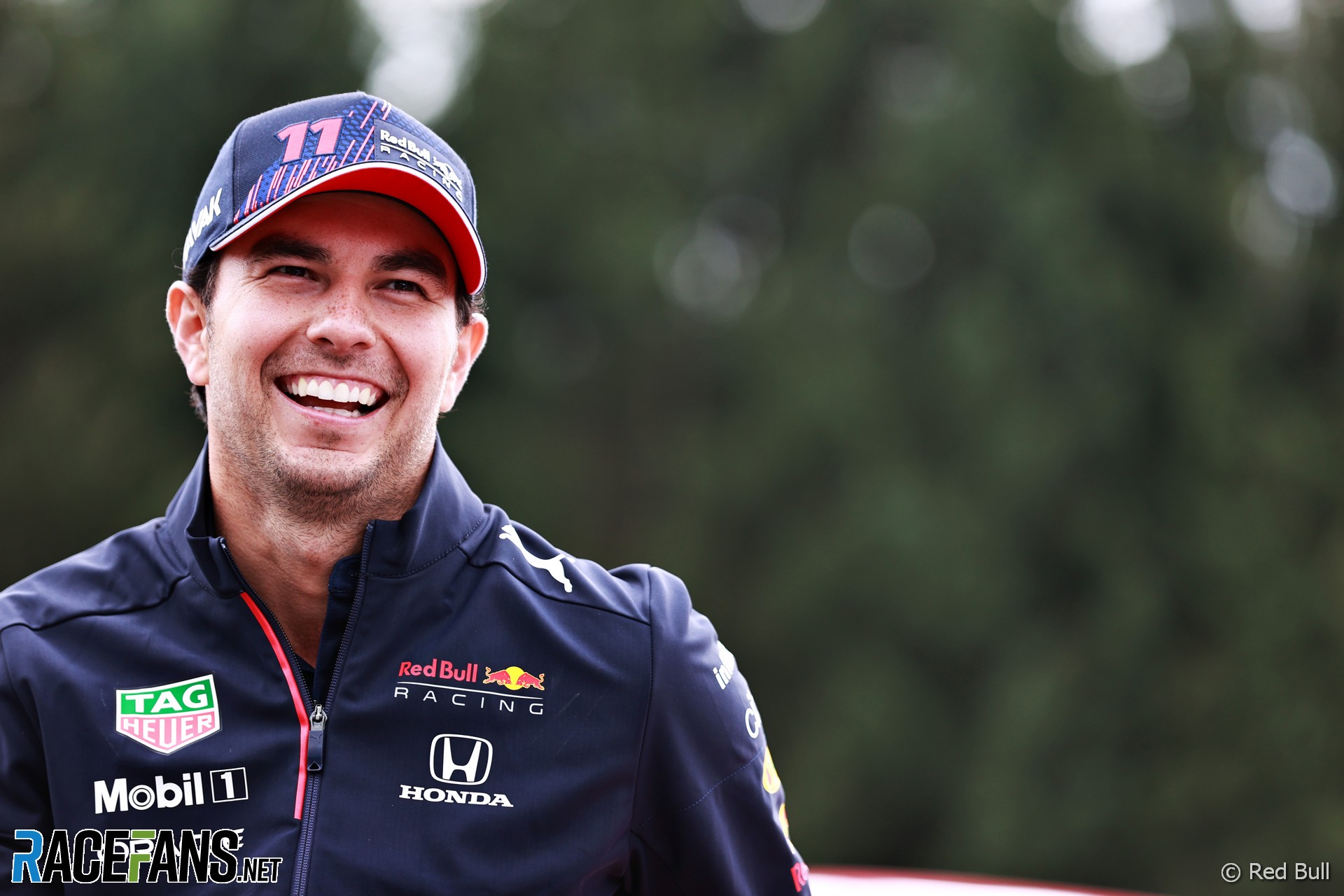 “I went into the summer break knowing what I was going to do,” he said. “But obviously everyone went on holiday, so it took us longer to get it ready. I signed on Friday once everyone was back.

“We committed a long time ago. It was a couple of races already ago that Helmut and Christian told me that they’re very happy to keep me and that I shouldn’t be looking anywhere else, they wanted to continue with me and vice-versa. So it was just clear for both sides that we wanted to continue.”

Since joining Red Bull from Racing Point, Perez has scored his second career victory in Azerbaijan and took another podium finish for the team in France. Red Bull announced his new deal on Friday at Spa-Francorchamps.

Perez said he’s eager to drive next year’s car, which will be produced to a drastically different set of technical regulations.

“It’s a massive opportunity,” he said. “Next year everyone starts from zero.

“There’s no secret that I’ve been struggling with the car at times to get the maximum. So right now I can also think in the bigger picture, testing some of the things that can influence next year’s car. So definitely a big opportunity.”

“Given that it is going to be such a different concept of car with my experience there’s a lot I can influence I can bring to the team,” Perez added.

“I think coming into a project at the end of the year, at the end of an era, I don’t think the team can see much of a benefit in bringing an experienced driver. But I think going forwards for next year it will be very important having stability and experience across the team.”