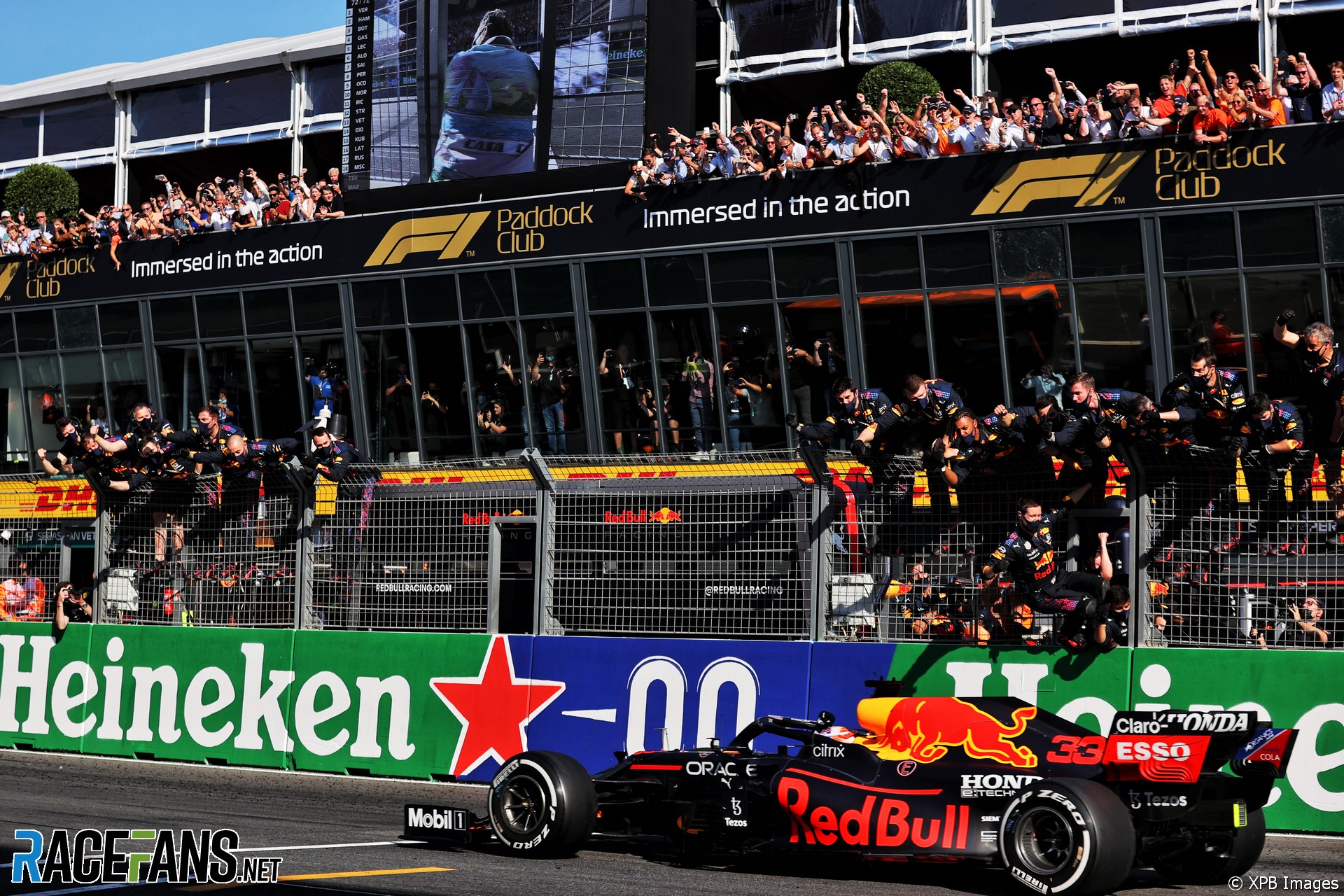 Max Verstappen says he is happy to fulfil the expectations of the Zandvoort crowd after seeing off a stern challenge from Lewis Hamilton to win the Dutch Grand Prix.

Verstappen held off Hamilton over the 72-lap race to take a home victory in front of an enthusiastic crowd and re-take the lead in the drivers’ championship in the process.

Speaking after the race, Verstappen described the experience of taking a home victory as “incredible”.

“As you can hear already, it’s just incredible,” Verstappen said. “Because the expectations were very high going into the weekend and it’s never easy to fulfil that.

“But I’m, of course, so happy to win here to take the lead as well in the championship. It’s just an amazing day with just the whole crowd. It’s incredible.”

Lacking the support of team mate Sergio Perez at the front of the field, Verstappen had to contend with both Mercedes chasing behind. After he and Hamilton made their first pit stops, Verstappen had to pick his way past the other Mercedes of Valtteri Bottas.

Verstappen says that he was very happy with how his Red Bull team “countered” the threat offered by the Mercedes pair.

“The start was very important and I think we did that well,” he said.

“Then, of course, Mercedes tried to make it very difficult for us, but we countered them all the time really well, and we can be really pleased with the whole team performance today.”

3 comments on “Verstappen: “Incredible” to deliver home win after difficult fight with Mercedes”