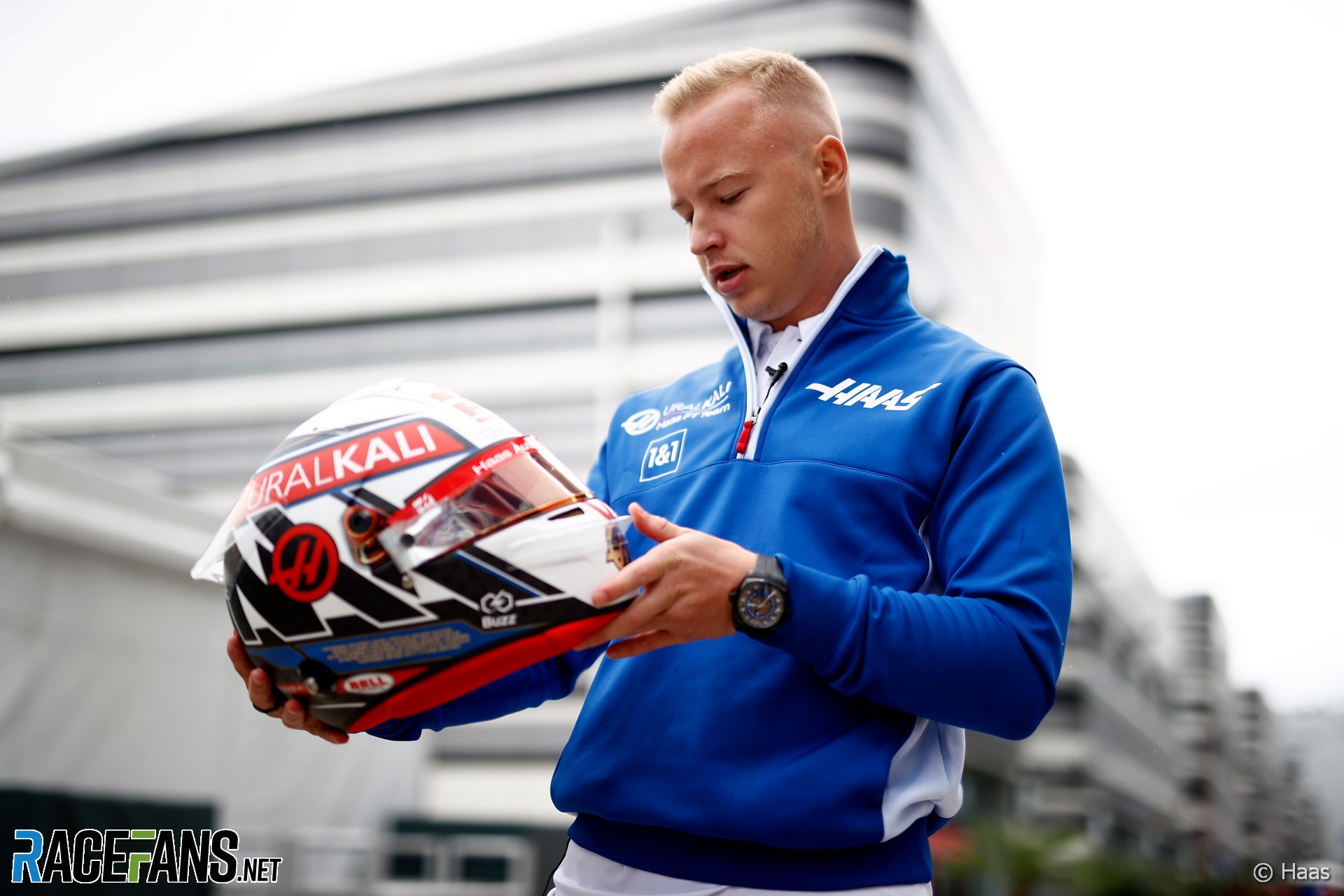 The only home driver on the grid at this weekend’s Russian Grand Prix is sporting a special helmet recognising his compatriots’ achievements in the Olympics and Paralympics.

Nikita Mazepin has produced a special helmet design for his first home race as a Formula 1 driver.

It features the name of medal-winning athletes from the Russian Olympic Committee who competed in the Olympics and Paralympics which were held earlier this year in Tokyo.

Dozens of their names feature on Mazepin’s white, black and red helmet. continuing the Olympic theme the Haas logo on the front has been picked out in gold and styled to look like a medal.