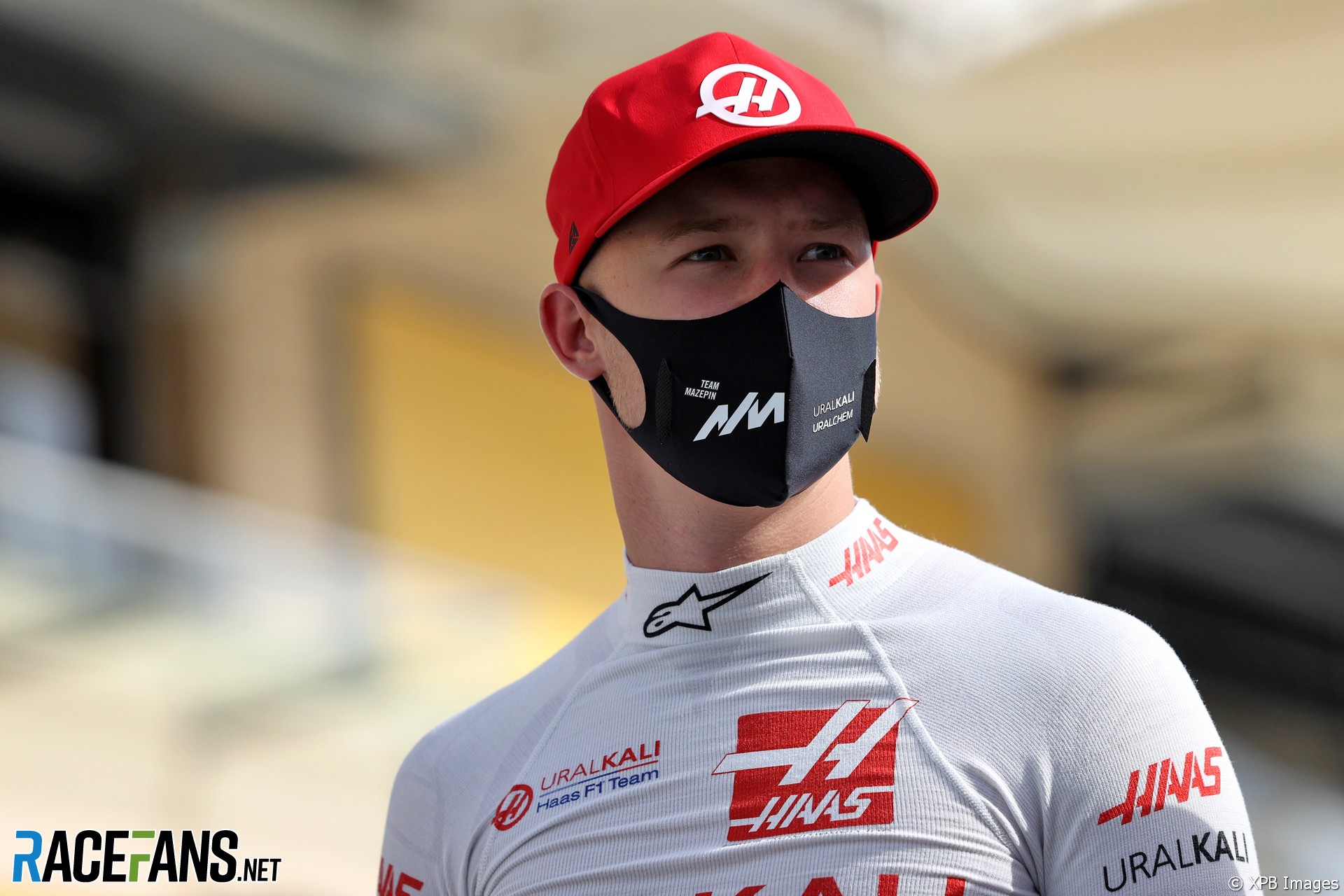 Nikita Mazepin will be entered as a neutral athlete of Russia for his first Formula 1 season, with ‘RAF’ appearing in place of a flag next to his name.

State-sponsored doping in Russia has led to athletes from the country being banned from using its flag at major international competitions in many disciplines, including Formula 1. It followed a decision by the Court of Arbitration for Sport on a ruling of the World Anti-Doping Agency.

The entry list for the Bahrain Grand Prix describes Mazepin’s nationality as ‘RAF’. This has been permitted instead of the phrase ‘Russian Automobile Federation’, as the federation itself is representative of Russia.

Although Mazepin’s licence is issued through the RAF, Mazepin cannot be officially described as a Russian athlete this year. He may only use descriptions relating to ‘Russia’ if they are given equal prominence to the term ‘neutral athlete’.

The CAS decision also prevents athletes from “publicly display the flag of the Russian Federation (current or historical), the name ‘Russia’ or any national emblem or national symbol on their clothing at any official facilities or in other areas controlled by the FIA ​​or the organisers of FIA competitions”.

The livery and overalls of Mazepin’s Haas team have attracted attention as they incorporate blue, red and white stripes similar to that of the Russian flag – which Mazepin is forbidden from using. His team principal Guenther Steiner confirmed today the car’s livery is “the same as it was in the test” last week.

The CAS ban on Russian entries continues through to the end of 2022, meaning Mazepin will have to spend two seasons in F1 before he can race under his country’s flag.

The situation is different for Russian’s only Formula 2 driver Robert Shwartzman due to the lower status of the support series. The entry list for the season-opener at Bahrain lists the Ferrari Driver Academy member as racing using a Russian license, and his car and overalls display the Russian flag next to his name.

The race organisers will also be allowed to display the Russian flag if Shwartzman finishes on the podium.

Update: An earlier version of this article stated the Russian flag could not be used during Formula 2 podium ceremonies. This has been corrected.