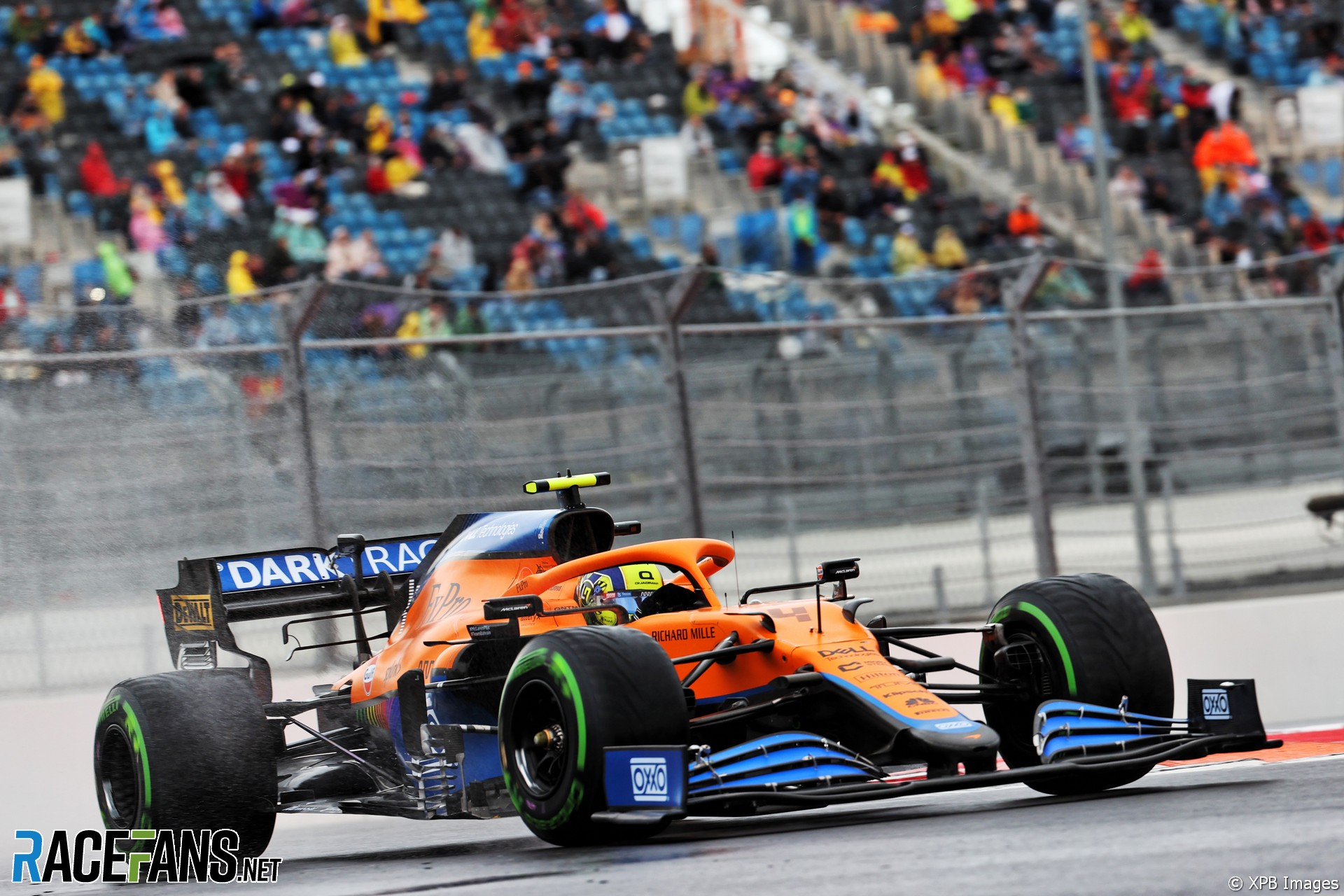 Lando Norris had doubts that his switch to slick tyres would pay off before setting the time which put him on pole position for the Russian Grand Prix.

The McLaren driver called for slick tyres after his first run on intermediates on a drying track during Q3. He lapped half a second quicker than his rivals and claimed the first pole position of his career.

Norris admitted he was initially unsure whether he had made the right decision after his first lap on slicks. “It was tricky because it was really that crossover section and the lap before I was like two seconds down and I wasn’t very confident we were going to improve on the previous lap,” he said.

“But I kept the tyres warm and prepared the final lap. I risked quite a bit, I’ve got to admit and it paid off. I’m a happy boy.”

“Coming off Monza this is not something we really expected,” he said. “But these kind of conditions are when we can take opportunities and that’s exactly what we did today. Especially after Monza this is an awesome way to start and hopefully we can continue it again tomorrow.”

Norris admitted he is “not really looking forward” to leading the long drag to the first braking zone at Sochi, where his rivals will have an opportunity to slipstream him for the lead.

“I’m not looking forward to being first down to turn one tomorrow,” he said. “But you never know, it’s going to set us up well.

“We’re in the best position we can be in so I’m happy. It’s my first pole position, hopefully the first of many.”