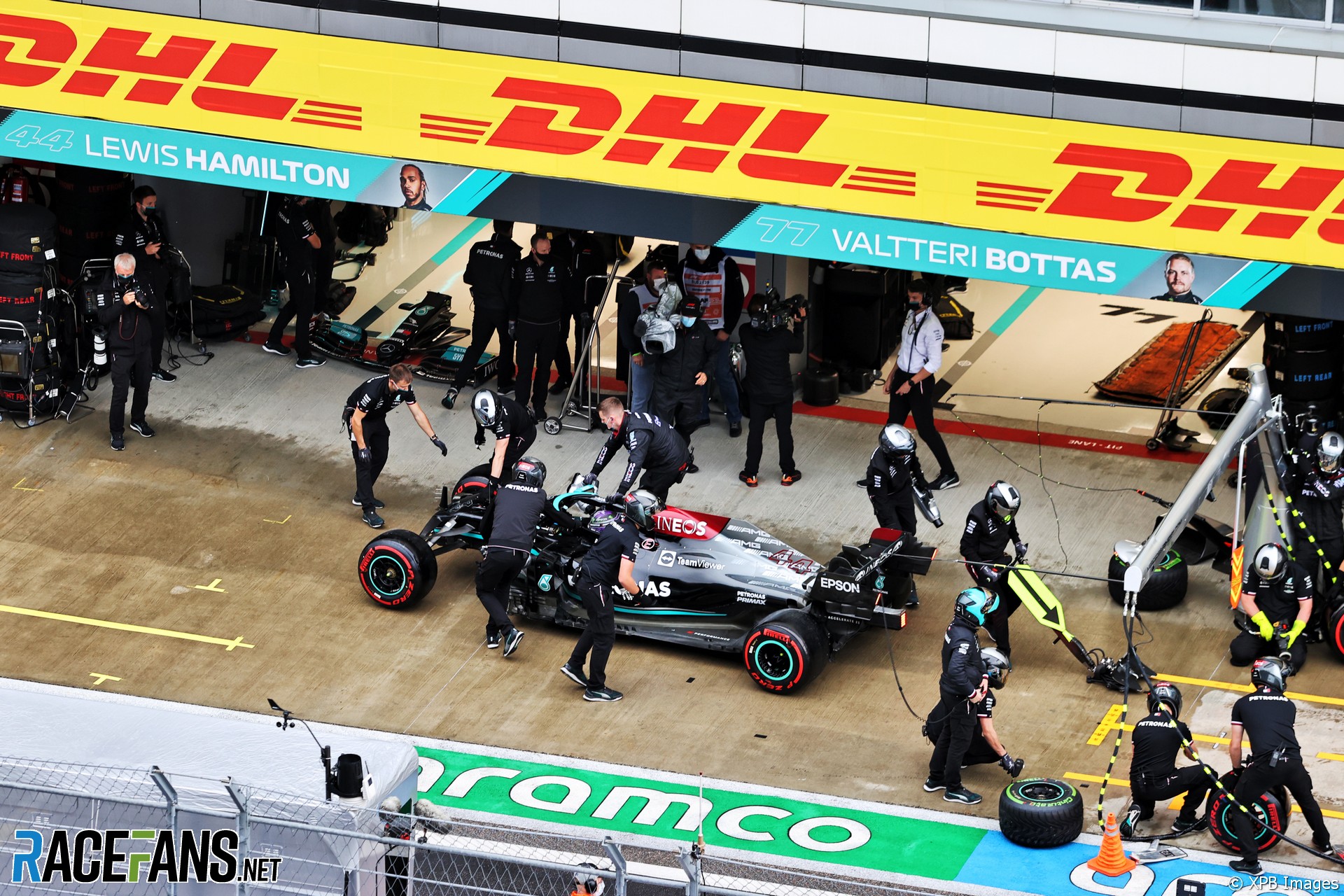 Lewis Hamilton apologised to his team after a costly error in the pits ended his chances of taking pole position for the Russian Grand Prix.

The Mercedes driver skidded into the barrier at the pit lane entrance during Q3, delaying his final run and also holding up team mate Valtteri Bottas, who had to wait behind him in the pits.

“It was just a mistake from myself,” Hamilton told Sky. “Ultimately I’m incredibly disappointed in myself.

Hamilton had run strongly in Q1 and Q2 and was a contender for pole position going into the final round of qualifying.

“Up until then, I was in a groove. I was really in the zone. I’m really sorry for all the team that are here and people back to the factory because obviously that’s not what do you expect from a champion.

“But it is what it is. I’ll do my best tomorrow to try and rectify it.”

He compounded his mistake with a spin during his final qualifying lap when he nudged another barrier. That left him fourth on the grid for tomorrow’s race.

“It was horrible at the end,” he said. “Very poor grip, very slippery when you don’t have any temp and I was losing temperature during the lap. Twice in the wall, that’s very rare for me.”

Lando Norris took a surprise pole position for the race. Hamilton will line up behind the Mclaren driver, Carlos Sainz Jnr’s Ferrari and George Russell’s Williams.

“The guys out front have got good pace and it definitely won’t be easy,” he said. “I’m just going to say my prayers and hope that the car can be fixed and it’s hopefully okay for tomorrow.

“These things are sent to try us. I feel terrible right now, but I’ll turn it into a positive and try and do the best. But you’ve got to Brit on pole, which is which is great so congrats to Lando.”