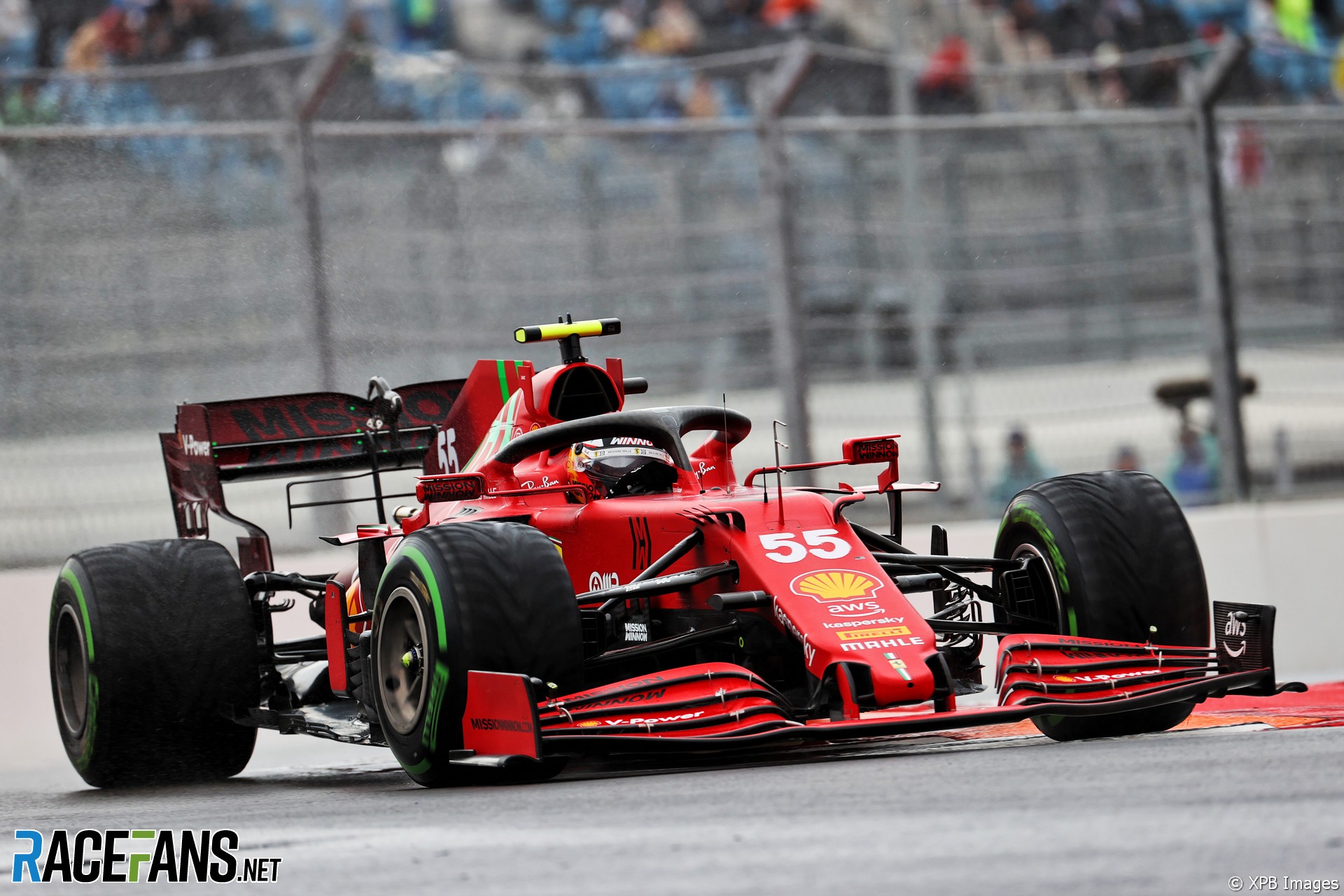 Carlos Sainz Jnr was pleased to secure second on the grid for the Russian Grand Prix with a “good lap on the limit” despite being one of the first drivers to take the chequered flag.

Lando Norris took pole position after being one of the final drivers to cross the line at the end of a frantic qualifying session in which lap times improved dramatically in the final minutes on a drying track. Despite securing a front row start, Sainz rued that he was not able to make the most of the conditions while they were at their best.

“It was very tricky, to be honest,” said Sainz. “It was right from the beginning a very tricky qualifying, but right after Q2 I could see that there was a chance that the slick was going to come into play.

“We did a very good strategy, pitting [with] two laps to the end, getting the slick up to temperature and then pulled out a pretty strong lap. Unfortunately, I was one of the first ones to cross the line, which didn’t allow me to exploit the whole track conditions, but it was still a good lap on the limit.”

Sainz says he and Ferrari will “put on a fight” from second on the grid for the Russian Grand Prix but expects to be passed by faster cars.

“This weekend we’re looking a bit stronger,” he says. “Probably our weakest conditions have been the intermediates. We’re still have some issues there to solve. But in the dry, we’ve been competitive.

“Obviously, there’s the two Mercedes and the Red Bull of Perez that are going to be much quicker tomorrow and we expect them to go through, but we will put on a fight and try and have some fun.”

Starting on the front row of the grid alongside former team mate Lando Norris, Sainz says he will looking to pass his McLaren sparring partner at the start of tomorrow’s race.

“It’s going to be fun,” he says. “Hopefully I can get Lando at the start or, if not, just get a good tow, because starting P2 here, dirty side, is really penalising.

“I’m going to need to make sure I do my homework overnight to make sure that we don’t lose too much off the line on that dirty side and then see if I can get into a tow or why not pass him into turn two?”