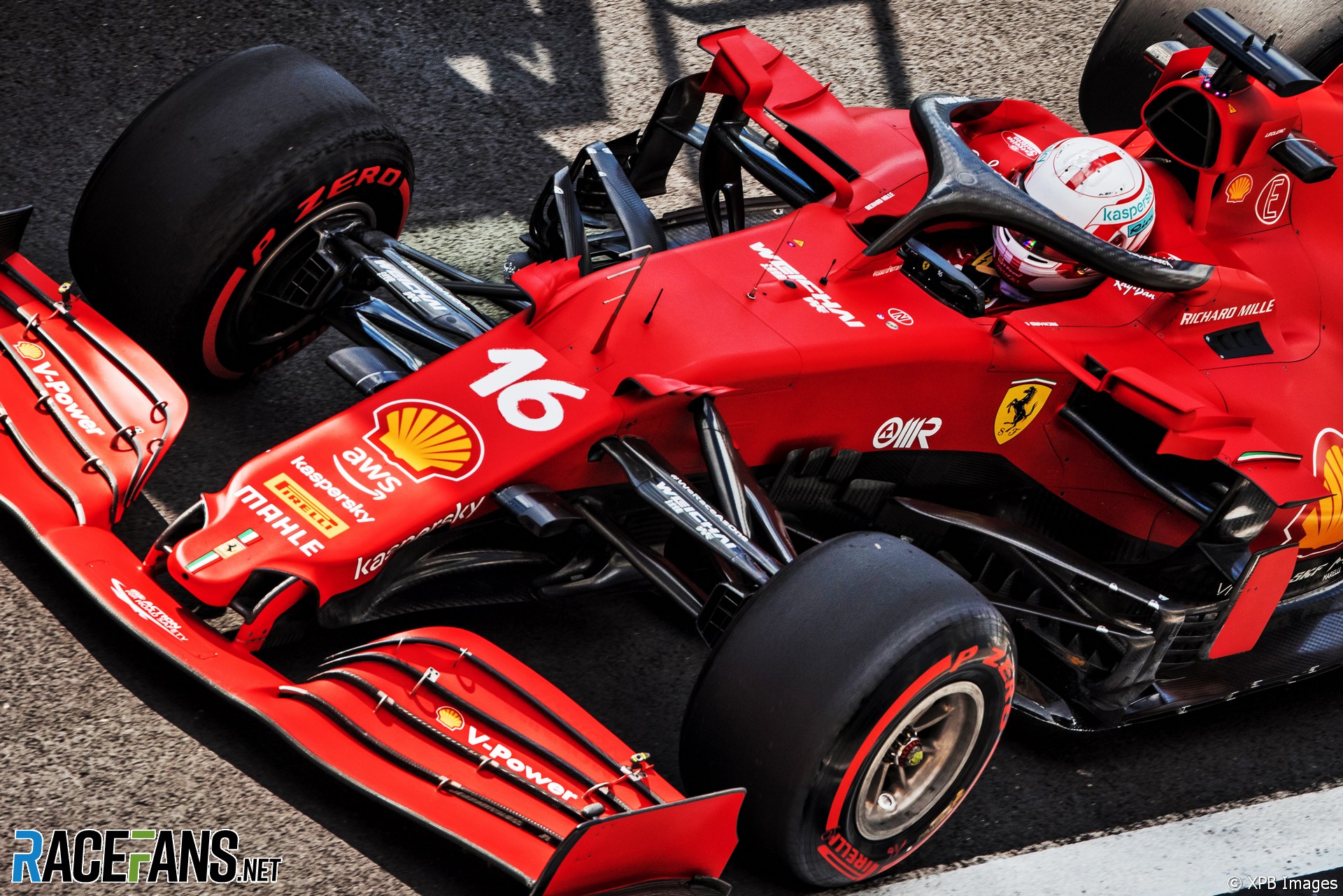 In the round-up: Charles Leclerc played down Ferrari’s prospects after setting the second-fastest time in practice on Friday.

Leclerc, the only driver other than Lewis Hamilton to lap below a 1’24 in practice yesterday, said he was optimistic about Ferrari’s pace but was eager not to overplay it.

“It’s been looking good, so everything looks positive for now,” said Leclerc. “But again, it’s only Friday.

“So for now I want to keep my head down, keep working as hard as we can to try and and fine-tune the car to to have a perfect quality tomorrow.”

Leclerc said he was comfortable with the car’s balance, unlike many drivers who struggled to find a setup in the afternoon session. “I feel quite happy with that whenever the rear is moving like that, I am quite at ease with it and I like to play with the rear of the car to rotate the car, and it seems to work pretty good for now.

“I mean, we are very competitive, so I wouldn’t change that much on on that side. But I think on the race run, we still have a bit of work to do.”

“We shouldn’t get carried away because I feel like the top teams have have more to show,” he added.

Alonso “happy I was not here last year”

Fernando Alonso said his first experience of the Istanbul Park circuit in a decade felt much like it did before. The work to pressure-wash its surface, which gave very little grip when F1 returned to the track last year before his comeback, had paid off.

“I think it was as I remember in the past,” Alonso said. “So I’m happy that I was not here last year because apparently it was very different and the lap time is very different as well. But today was a much more normal feeling.”

Daniel Ricciardo was surprised the soft tyres did not yield significantly quicker lap times in practice. “The tyres, they’ve brought different compounds here this year, a step softer, and there wasn’t a whole lot of difference between the three we felt, at least today,” he said.

“So that was maybe a bit of a surprise, I thought the soft would have been miles quicker, I don’t think that was the case. What that means for tomorrow, I’m not sure. So we’ll do our homework tonight.”

But the McLaren driver, who set the 14th quickest time, isn’t concerned about his place in the order.

“I didn’t put the lap together but I’m actually pretty relaxed,” said Ricciardo. “I think where we know where we are, I think we’re definitely… I wouldn’t say we’re there but we’re thereabouts. A bit of fine-tuning tonight.”

No concerns for @AlpineF1Team after @OconEsteban got stuck on the pole position spot while trying to perform a practice start after practice today, says executive director Marcin Budkowski.#F1 #TurkishGP pic.twitter.com/jZX7G2g6RG

Practically stopping on track towards the end of a lap in order to get a gap for a clean lap is utterly ridiculous, not to mention dangerous. What is next? Placing a towel in the morning for a reserved space?

"Domenicali said, however, that it was 'a matter of having the right mix' and 'aligning strategic goals.' 'Of course there are discussions that are taking place over the next days, weeks' he told reporters after an event."

"The major technical upgrade to be introduced in 2023 to the internationally recognised and acclaimed Euroformula championship will include the arrival of an updated chassis and body kit for the lightweight Dallara 320 and new 17-inch tyres from Michelin."

"A fractured wrist suffered in the round three feature race at Baku hasn’t slowed down talks of a future move into F1, speculation that’s been fuelled by Vasseur’s refusal to rule out a promotion, with the Alfa Romeo boss hailing Pourchaire as 'one of the best' for the future."

Comments from team principals on plans for a 23-race F1 calendar in 2022 do not reflect the reality of F1 crews’ work, says Craig Johnston.

Let me give you the real information. There are no days off between races at home between events unless a singe event. How do you think we can travel from country to country say a back to back or triple header and fly home in between?

The managers and bosses arrive at a track on a Thursday they then leave Sunday night on the private jets. The team workers on the other hand arrive at a track to set up from Mon/Tues then on a Sunday-post race spend an extra eight hours packing the equipment to be flown to the next event. The staff then fly on the Monday to the next country to do it all over again.

When would staff get time off, for example, between Brazil to Mexico to Qatar? Each flight is between 10-14 hours, not to mention time zones to then start again. A lot of the comments on this are made by people without knowledge of the inner workings.

For those saying get another job, how about when you have worked 15 years in the industry and these new schedules are becoming the norm. The staff were told they would never do a triple header again but was required the first year of Covid, now its the norm.

The families and children at home don’t get to see their parents due to them needing to do as told by the bosses. Rotation of staff can only include a small number of personnel and that doesn’t work for all teams. We are pawns in a game of money-making for an elite few.
Craig Johnston