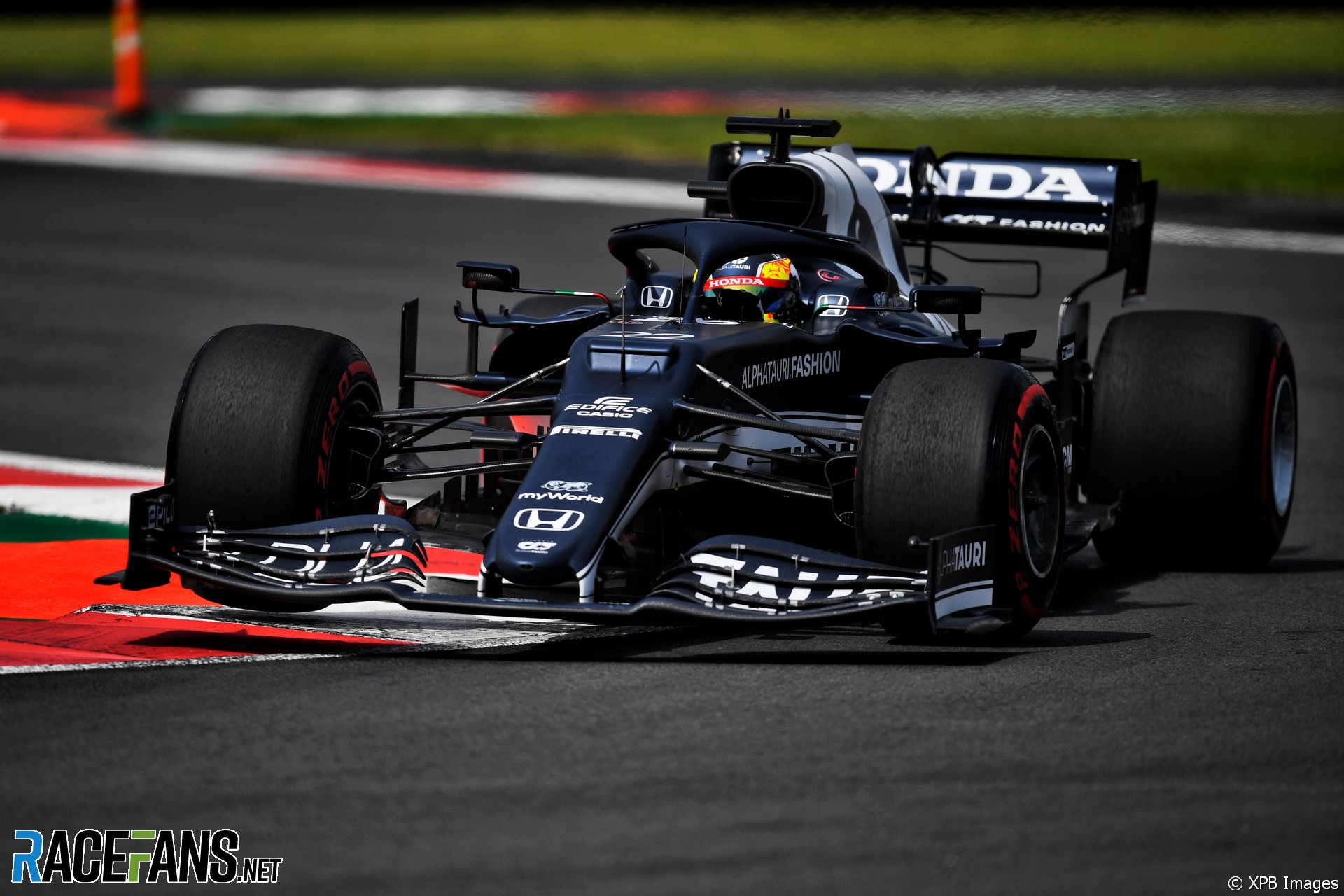 Red Bull team principal Christian Horner blamed AlphaTauri’s Yuki Tsunoda for impeding Max Verstappen in the final phase of qualifying, after Verstappen failed to claim a place on the front row of the grid for the Mexico City Grand Prix.

“We got Tsunoda’d”, Horner told Sky when asked about the team’s surprise defeat in qualifying after their strong showing in final practice.

Verstappen and team mate Sergio Perez caught Tsunoda in turn 11 during their flying laps. Tsunoda pulled off-track to let them through, but Perez skidded off as he caught the AlphaTauri and Verstappen slowed in response.

“Oh for fuck’s sake! What the fuck happened there in front of me?” exclaimed Verstappen. “Unbelievable. Such a dumb idiot.”

Horner said both drivers were on course to improve their lap times when they caught Tsunoda.

“Both drivers were up on their last lap. Max was up two and a half tenths, I think Checo was just under two tenths up and I don’t understand why he [Tsunoda] was just cruising around at that part of the circuit.

“So it’s disappointing because it affected both the drivers, they’re both pretty annoyed, but we’re still second row of the grid and can have a great race from there.”

In a social media post, Tsunoda said there was “Nothing I can do more than that.”

Ultimately, Red Bull failed to live up to the promise they had showed in final practice. The team encountered a DRS problem during the final session and subsequently added strips of tape to the rear wings.

Horner denied the change affected the performance in qualifying. “We saw something in P3 that we just wanted to add a bit of protection into those rear wings,” he said. “So it was more precautionary than anything else. Nothing that would affect the performance.”